Lest we forget: your guide to Anzac services on Coast

Lest we forget: your guide to Anzac services on Coast

Lest we forget: your guide to Anzac Day services across the Sunshine Coast 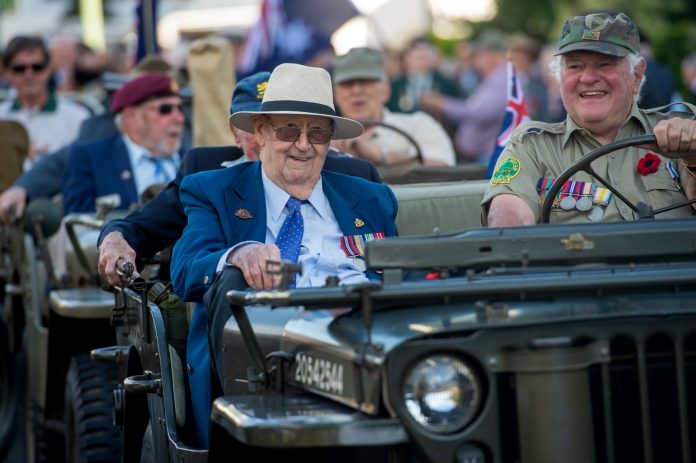 The Sunshine Coast community will gather on Monday to commemorate past and present servicemen and women for their bravery and sacrifice.

After two years of disruptions to Anzac Day services, local RSL sub branches and community organisations will once again hold dawn services and marches honouring the efforts of Australian and New Zealand forces.

Scroll down for the full list of events and details

With many services cancelled, condensed or moved online, this year will also see the continuation of the successful Light up the Dawn initiative, which sees residents stand at the end of their driveways for a moment of candlelit silence.

Sunshine Coast RSL district president Ian Hall welcomed the return of services on what he said was the most important day of commemorations.

“Anzac Day is not about commemorating war, but the sacrifices of those who left behind small towns to bravely serve for our country,” he said.

“It also is important to recognise the mate-ship and camaraderie.”

Serving two tours to Vietnam between 1966 and 1970, Mr Hall is grateful for the role RSL clubs play, for returned and serving veterans, and for their families.

“I am very passionate about RSL branches and what they do for veterans – young and old – and their families,” he said.

“It’s not just the veterans, but families who have to sacrifice a lot when a loved one goes off to serve.”

Vietnam Veteran Ian Atkinson said the Sunshine Coast had a proud history of supporting its veterans throughout local clubs and sub branches.

Chairman of the Mooloolaba Surf Life Saving Club ANZAC Day Committee, Mr Atkinson said it was one of the many reasons the club initiated its first dawn beach service in 2008, as well as regular meet-ups with other Vietnam and young veterans.

After a two-year hiatus, its dawn service will return in 2022 and it’s even more poignant as the lifesaving club celebrates its centenary this year.

“MSLSC Service Veterans are a tight-knit bunch and we meet up at least every week,” Mr Atkinson said.

“When we started planning our first Anzac Day service in 2008, we had 200 people watching from the beach.

“The event has grown, with around 10,000 community members predicted to share their solemnity and appreciation of lives lost and those still serving.

“We were disappointed when services were cancelled in the last two years due to the pandemic. So, this year, we are looking forward to a fitting tribute for our Anzacs.”

The service will start at 5am when boat crews will row out, lay wreaths of native Australian flowers and then raise their oars to the haunting sounds of the Last Post.

The Last Post will be accompanied by a lone horseman from the 2nd Light Horse Regiment – Woombye Troop and the lifesaving club’s nippers will lay 12 wreaths representing Australia’s and New Zealand’s past campaigns, wars, peacekeeping missions and nurses.

The train will include lunch at historic Gympie Station, followed by a train service aboard the Mary Valley Rattler to Amamoor.

Gympie Station opened in 1913, just prior to World War 1, and was the send-off and return point for Diggers fighting in both world wars.

Those who cannot attend an official service are encouraged to participate in Light up the Dawn from their driveways. For information, or to find your nearest service visit Light Up The Dawn.