When Easter launched a battle at the Showgrounds

When Easter launched a battle at the Showgrounds

'Muscles rippling under jerseys': when Easter launched a battle at the Showgrounds 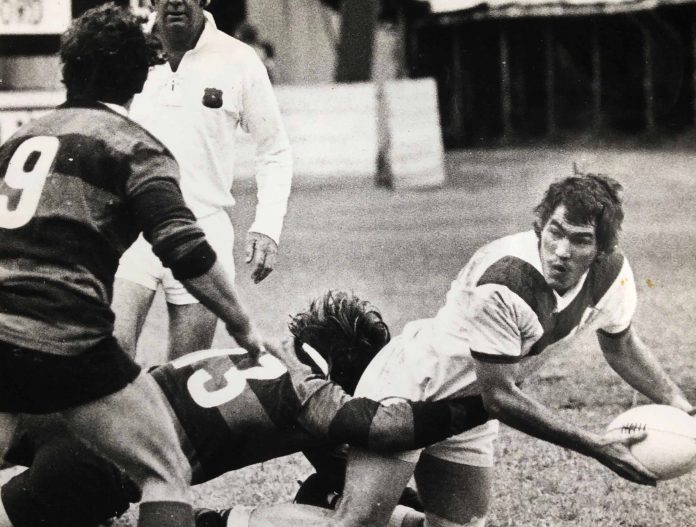 The Easter long weekend signalled a change of season in the 1970s – time to pack away bikinis and boardshorts and to bring jeans, jumpers and jerseys out of mothballs.

A chill in the morning air announced cooler days ahead, that beach season had become footy season, and that the perennial skirmish between arch-rivals Souths and All Whites was warming up.

The battlefield was the Nambour Showground, where eager supporters would perch in cars parked on the hillside amphitheatre for a commanding view of the action.

Even after the grandstand was built in 1974, many chose to stay in their cars for a ringside seat, but no one failed to appreciate the pies and hamburgers that came out of the new kitchen in the rooms underneath.

It was the place to be and, for what is now known as the Wives And Girlfriends or WAGs, but then referred to as “the missus” or “the chicks”, this was the Sunday social, bigger than a night at the drive-in and a vital part of a winter weekend.

The day started with the Under-18s, followed by the Reserve Grade and then the A-grade that kicked off at 3pm, when Radio 4NA provided a live broadcast.

There was the pride when the boys ran on to the field, muscles rippling under black and white or red and white jerseys; the fervour of willing a win; and the fear. If distracted by gossip with the girls and you missed a remarkable run, tackle or, god forbid, a try, you were out when the moment was analysed and relived for a week.

Much of that came after the match, when the Souths crew would head to the Royal George and All Whites to Bob and Hazel Grundy’s Club Hotel on the opposite side of Mill St. There was also a rush to get the Tuesday Chronicle when Vince Nipperess reported the what and who of the weekend’s games.

The 1970s was a golden era for rugby league and the two Nambour clubs dominated, between them claiming six of the 10 premierships of the decade.

Captain/coach John Reddy led All Whites to five premierships in 1968-70, 1972-73, while Sid Clark was in charge when All Whites won what would be the last Nambour premiership, in 1976. The team won everything but the premiership the following year.

The fierce rivalry began after World War II when the teams were Nambour and Woombye. 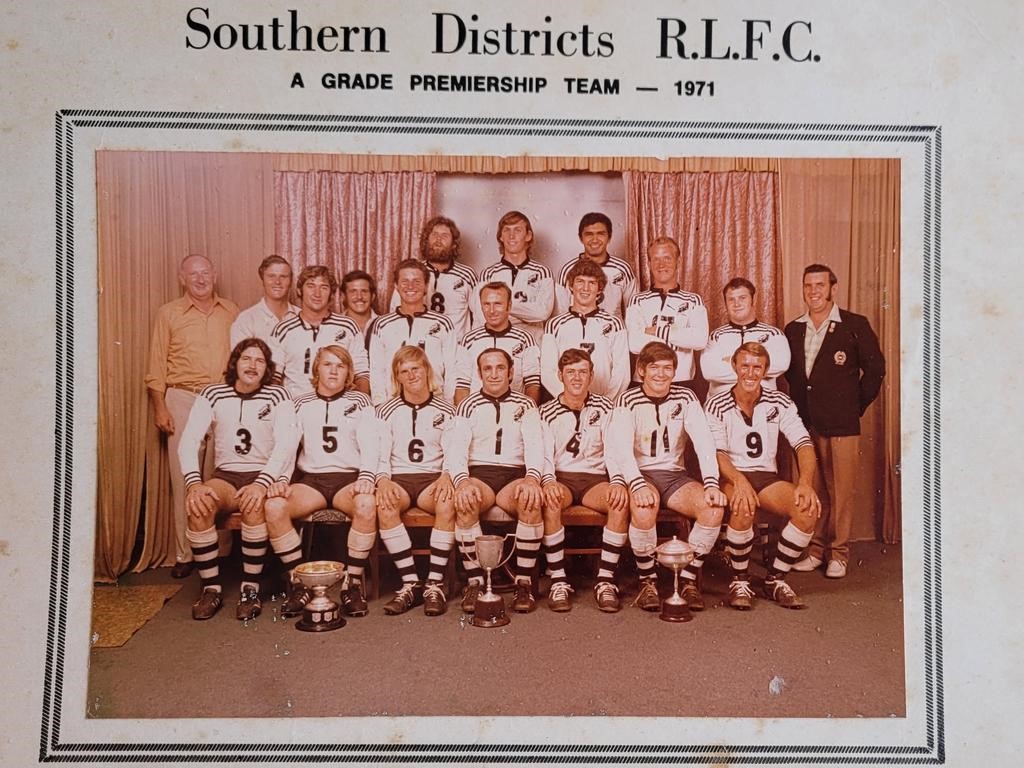 Nambour won the premiership for three consecutive years, 1946-48. In 1949, they were the last two clubs standing, so there was no premiership but a deep antagonism between the two towns.

At the end of the 1951 season, it was decided to re-name the sides. Nambour would be All Whites and Woombye would be Souths. Both would be based at the Nambour Showground.

Mapleton and Montville had the Rangers, Maroochydore, Palmwoods and Norths from Yandina joined the competition in 1953, the latter claiming the 1954 premiership.

The Maroochydore club didn’t last but regrouped 20 years later in 1973. The Palmwoods Devils also faded away but returned in 1974 under coach Norm Meninga whose young son Mal played for the team.

The Caloundra Sharks entered the competition in 1973 and the Noosa Pirates won the premiership in their first year in 1977. Caboolture, which had come and gone from the league, returned in 1976 and won the 1978 title.

By the 1980s, the party was over and in 1984 the unthinkable happened when All Whites and Souths came together as the Nambour Crushers.

The heyday of the Nambour Showground as the centre of the Sunshine Coast rugby league universe was also finished and the scene had changed.

The last Chronicle was printed in 1983, Radio 4NA became 4SS in 1984 and the teenagers of the 1970s who were so passionate about All Whites and Souths, moved on.