'On hallowed ground': how two bronze statues will tell our story of war for future generations 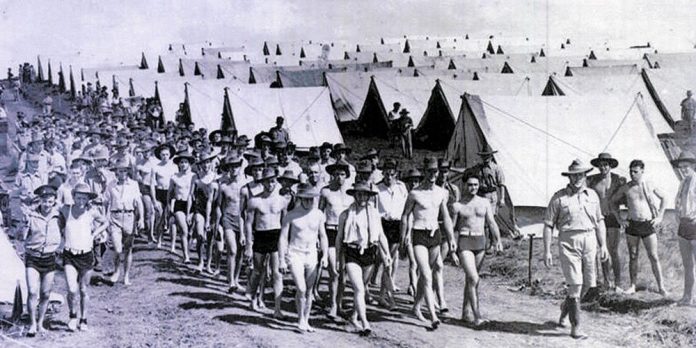 The Sunshine Coast is set to gain a unique and fitting new tribute to the region’s invaluable contribution to World War II.

The clock will be turned back 77 years when Caloundra RSL Sub-Branch unveils a memorial that will honour the past and captivate future generations.

It will pay homage to real-life heroes, one of whom is still alive, and is being created by Coast artists.

Made possible by the generosity of Sunshine Coast businessman and philanthropist Roy Thompson, the tribute finally will give a local favourite “the recognition it deserves” with regard to military history.

Victory in the Pacific (VP) Day will be commemorated this year on August 13 with two new bronze statues, stationed to look forever more over the Kings Beach Amphitheatre.

And a Victory in the Pacific Ball at The Events Centre in Minchinton Street, Caloundra, will go a long way to recreating the euphoria and dancing in the streets that celebrated the end of World War II for Australia on August 15, 1945.

Tickets for only six tables of 10 remain for the festive event, which will feature the Australian Army Band Brisbane playing hits from the swing era and a special tribute to the popular American harmony trio The Andrews Sisters. Scroll down for booking details.

Caloundra RSL Sub-Branch president Heather Christie is excited that the long-awaited project is coming to fruition.

The first female president in the Sub-Branch’s history is expecting “an amazing day” that will begin at 1pm with the unveiling of the bronze statues by Coolum artists Jane Bailey and Mark Snell, of Lavaworx Art Studio.

The extremely detailed, Australian-made statues of an armed soldier standing guard and a nurse kneeling as she tends an injured veteran are based on real people – one of whom is 104-year-old Faye Clark, a very humble retired nurse living on the Sunshine Coast.

Gary Phillips, part of the organising committee for the commemorations, said Mrs Clark would be guest of honour at the VP Day ceremony. Her unswerving service in World War II in Borneo highlighted the role and commitment nurses played in wartime.

“Her face is the model of the nurse,” he said.

“What is even more romantic, the soldier on the stretcher (in the statue) is her husband. 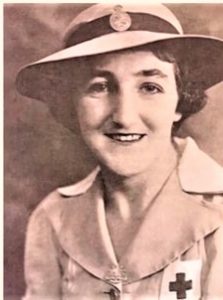 “They will now be holding hands forever. That’s a lovely part of the story.”

Ms Bailey said the sculpture titled “Comfort” was “intended to provide a link to the story of the Australian Hospital Ship (AHS) Centaur, which was attacked and sunk by a Japanese submarine next to Moreton Island, of which there is an existing memorial at Kings Beach”.

A total of 30 units – up to about 1000 men each – were stationed in the “secret zone” established during World War II in Caloundra, chosen for its proximity to the railway line.

After basic training, soldiers were dispatched south to Brisbane to be shipped overseas or to other duties in the north.

The 300 residents at the time were praised for their hospitality that included running local dances for those soldiers enjoying some rest and recreation time.

Mr Phillips said the bronze soldier, named “Ray”, represented all those who fought in the war. The committee had received approval from the family of a late veteran whose face was used as the model for the statue.

“The soldier is at the foundry in Brisbane now,” he said.

“I went and saw the finished product last week and I can’t believe how good it is.

“(Lavaworx) did it all in Australia. How they were chosen … they did the typewriter of Charles Bean (a former Sydney Morning Herald journalist who became Australia’s official war correspondent in August 1914)  in bronze.

“I could not believe the detail in that typewriter. When I saw it, I said we have to have these people.

“They were excited with the project.”

Ms Bailey said the soldier sculpture came complete with rifle and all relevant webbing and packs as appropriate.

“The sculpture is called ‘On Guard’ and represents the 30,000 troops that were stationed in Caloundra,” she said.

“Within the Australian army, the parade ground holds a symbolic representation of a sanctuary of a unit’s fallen soldiers. It is deemed ‘hallowed ground’ and is respected as such.

“When Gary first approached us about the sculptures, he wanted this soldier to be standing watch over the old parade ground at Kings Beach.”

Mr Phillips explained that in military folklore, the spirits of those who paraded on military parade grounds and died always came back, waiting for their mates.

“We will have the soldier who is standing guard so no one does any damage to the parade ground,” he said.

“We have Anzac Day down there but people just don’t know what transpired and I felt we need to bring to their attention the history of Caloundra.”

“This would have happened but it would not have happened so quickly. The generosity of Roy Thompson is amazing,” Mr Phillips said.

A military band will be on hand at the ceremony unveiling of the life-size statues that will be cemented into history at the top right-hand side of the amphitheatre when looking out from the stage.

The voices of Kawana Waters State College drama students will bring the statues to life for onlookers when they scan QR Codes to hear the stories of everyday soldiers and nurses and Caloundra’s part in the war effort.

“The soldier’s generic story takes onlookers from training to fighting in New Guinea in the Battle of Isurava, to being carried down by Fuzzy Wuzzy Angels, being ambushed by the Japanese on way down and dying at Kokoda.”

Mr Phillips said that with the addition of modern technology through the QR Codes, he expected the statues to attract the attention of military history buffs as well as young families, adding to Caloundra’s tourism offerings, especially around Anzac Day each year and the upcoming Olympic Games.

The drama students would return to the stage at the Victory in the Pacific Ball for “an extremely special” surprise for the 300 guests that would be kept under wraps until the night, he said.

Tickets to the ball are $50, available from the Victory in the Pacific Ball website.