Gladiators of the surf: our lifesavers enjoy epic titles

Gladiators of the surf: our lifesavers enjoy epic titles

Gladiators of the surf: our lifesavers triumph as season throws up an epic final challenge 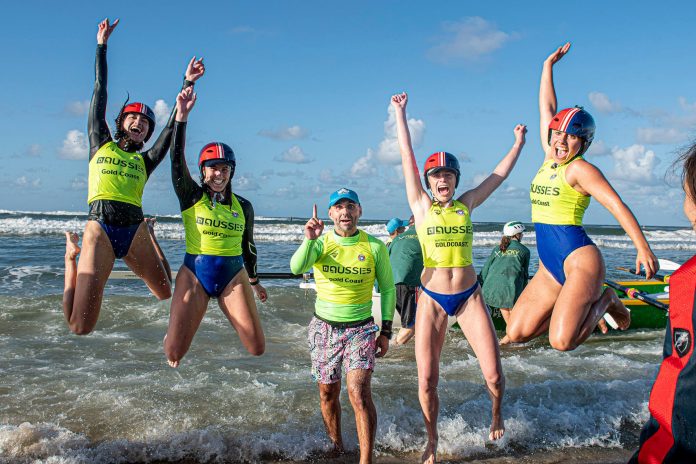 Sunshine Coast athletes rose to the challenge in cyclonic seas at The Aussies, claiming an impressive medal haul.

Participants from more than 300 clubs around the country converged for more than 480 races at the Australian Surf Life Saving Championships on the Gold Coast.

The competition from April 2 to 10 included youth, masters and seniors divisions.

It capped one of the most tumultuous seasons in lifesaving history, after several events were hit by weather events and many competitors were impacted by COVID.

There was doubt about whether this year’s Aussies could be completed, as Tropical Cyclone Fili in the Coral Sea whipped up big waves and strong winds.

But competitors were delighted that racing went ahead, with some venue and schedule changes.

“We went really well,” he said.

“They’ve become a close-knit unit. We’ve got a lot more maturity in the group now and leadership.

“They’ve become very close over the last 12 months and I think that showed in the results. They were down there, working for each other.

“We’re moving up the ranks. We’ve got a big future ahead of us.”

He said the conditions were challenging and exciting.

“But that’s what they want to race in, so it was fantastic.”

“They probably made the right call to move the competition (from Broadbeach to North Kirra). I don’t think it was too big there, it was just a good challenge.”

The club captured breakthrough triumphs in the prestigious Open male and female Taplin relay events, while Tayla Halliday won the U19 Ironwoman, Zachary Tabuai won the U19 male surf race and their teams won the U19 female single ski relay and U19 female board rescue.

Brad Doughan claimed one of the biggest titles of the carnival, by winning the open men’s champion lifesaver title. He defended his title and has won five of the past eight editions of the event.

The club also grabbed a bronze medal in an action-packed reserve men’s final in surfboat competition.

“To win one is special but to win both on the same day is absolutely amazing,” he said.

The Taplin relay has been a showpiece since 1974.

“We’d been knocking on the door for years and we’ve had teams that, on paper, should have been able to do it,” Hansen said.

“So this was reward for effort.”

Coolum Beach Surf Life Saving Club members were in the thick of the action during the surfboat competition.

The Wild Turkey crew rowed superbly in the challenging conditions to claim a gold in the U23 women’s final.

Coolum struck trouble early in the open women’s final before storming home from last to take a bronze medal behind North Cronulla and North Cottesloe.

Saul Nicol-Rann celebrated a victory in the U17 male 2km beach run, while the Mooloolaba Dustys took out the U19 men’s surfboat final, defeating the more highly fancied North Cronulla and Palm Beach (NSW) crews.

The Dicky Beach Drifters secured a silver in the U19 women’s final, behind Collaroy, while the club’s consistent U23 women’s crew, the Tooshies, added a national bronze to their tally.

The club dominated the Lifesaving competition, with Anastasja Hughey, Elsie Shrapnel, Grace Garland and Samantha Hutton winning the U17 Champion Patrol team and Elsie taking out the U17 Champion Lifesaver.

This event showcases the real-life skills that keep beachgoers safe through the summer.

A host of other Sunshine Coast clubs enjoyed strong performances at the championships, including Sunshine Beach, Mudjimba, Kawana and Met Caloundra.

“The Sunshine Coast clubs looked very strong and they are looking very strong for the future,” he said.

He said the season had been testing, due to COVID restrictions and wild weather.

“It’s certainly had its ups and downs,” he said.

“It’s been challenging for athletes to keep their heads up and to be ready when competition does roll around.”

He said it was important The Aussies went ahead, despite the cyclone.

For more results, including from the youth and masters competitions, check out Surf Life Saving Australia’s hub The Aussies.

If you have something to add to this story, please email sport@sunshinecoastnews.com.au.