'Best time to hand over the baton': SunCentral chief John Knaggs to step down 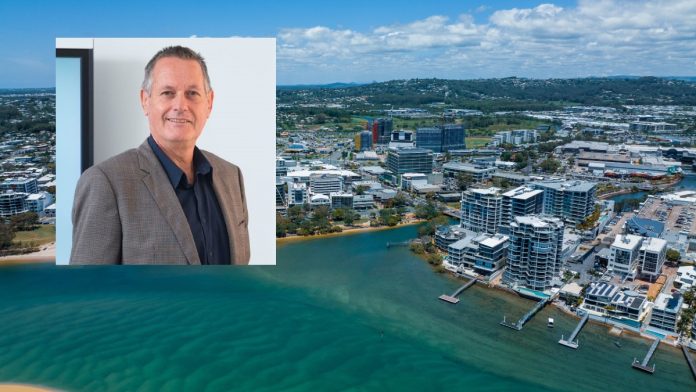 A key figure in the inception of the new Maroochydore City Centre is set to step down.

John Knaggs announced he will finish in his position as chief executive officer of SunCentral Maroochydore, in mid-2022.

He has held the role since the formation of the company in 2015.

His announcement comes as the new city centre comes out of the ground, with major commercial and residential developments underway in Stage 1 of the 20-year endeavour.

Mr Knaggs has been a significant figure in the emergence of the centre, including the council’s acquisition of the 53ha site in 2012 when he was chief executive officer of council.

He was instrumental in the commercialisation of the first stages of the city centre during his time heading up SunCentral.

“It’s been a great privilege to work on a precinct as unique as the Maroochydore City Centre, which has been one of the key contributors to economic development outcomes for the Sunshine Coast,” he said.

“To date, SunCentral has secured more than $3 billion of urban development investment including the $2.5 billion Walker Corporation investment announced in November, 2020.

“I’m very proud of what everyone has achieved so far, and I look forward to seeing the city centre evolve into the future.

“Having at least seven cranes on the skyline by 2023 was a personal target and I am pleased to say that we will have achieved that and much more including securing the key tier one investment partnership with Walker Corporation on behalf of Council.

“I believe it’s the best possible time to hand the baton to someone else as we move towards the Brisbane 2032 Olympic and Paralympic Games and what that might mean for the city centre and the region.”

SunCentral chair Mr Morgan Parker said Mr Knaggs could be proud of his leadership and his legacy on the game-changing CBD initiative.

“When you look around the Maroochydore City Centre as it is today, it’s incredible what has been achieved and the foundations that John has been instrumental in laying.

“As a board we have witnessed first-hand his strategic nous and determination. He will leave big shoes to fill and we wish him well in his future endeavours,” Mr Parker said.

Mayor Mark Jamieson, representing the Sunshine Coast Council as the sole shareholder of SunCentral Maroochydore, acknowledged Mr Knaggs for his contribution over the past seven years.

“When I announced that John would be the chief executive officer of SunCentral back in March 2015, I said that he was the man for the job and that he had the confidence and support of council given the challenges that lay ahead at that time,” he said.

“His work with SunCentral, along with the partners they have secured on behalf of council, have delivered the city centre we see coming out of the ground today.

“He deserves great credit for helping us all navigate those early days and to be in the great position we are now.”

Mr Parker said that the board of SunCentral would start a recruitment process during the coming weeks to ensure that there is a smooth transition of leadership at the company.

For more information on the city centre see Maroochydore City.