A Warana hip hop crew is gearing up to take to the world stage as it prepares for the trip of a lifetime and a shot at international glory.

A talented group of young ladies, who are part of Sunshine Coast Cheerleading open hip hop team Anarchy, will head to Florida in April to compete at the IASF (International All Star Federation) Worlds.

Bringing the best of the best from across the globe, SC Cheerleading coach and hip-hop athlete Dharma Partington said making the competition was a dream come true, five years in the making.

“Over the past five years we have been working towards an exciting and difficult goal to compete against the world’s best cheer and dance teams,” the 22-year-old said.

“In our Industry, when you think biggest achievement, you think of going to the IASF World Championships.

“This is a competition where the best of the best from each country around the world are selected to go to and compete in one massive competition.

“And this coming April, we will be stepping out in front of thousands to represent Australia in the world championships for hip hop.”

Ms Partington said hip hop dance teams were very different to cheerleading teams, and that Anarchy consisted of seven athletes aged between 15 and 22.

“These girls are all extremely close friends and some of them have trained with our gym for eight to 10 years.

“It is truly amazing and rewarding to watch our athletes grow from children to experienced elite athletes taking the world stage for the first time.

“We are definitely more of a street style Hip Hop team which is a hard-hitting, high-energy and crowd-pleasing style that is extremely fun to compete and watch.”

Anarchy was invited to compete at the championships after winning overall highest scoring dance team at the Aussie Gold Cheer and Dance International Championship in 2021.

“We all remember the moment at our awards ceremony waiting to hear if we had been chosen for this opportunity.

“We sat down, waiting and holding hands praying our team’s name was called. Then they said, ‘Sunshine Coast Cheerleading Anarchy’ and in this moment all sitting together, we realised our dream had become a reality.” 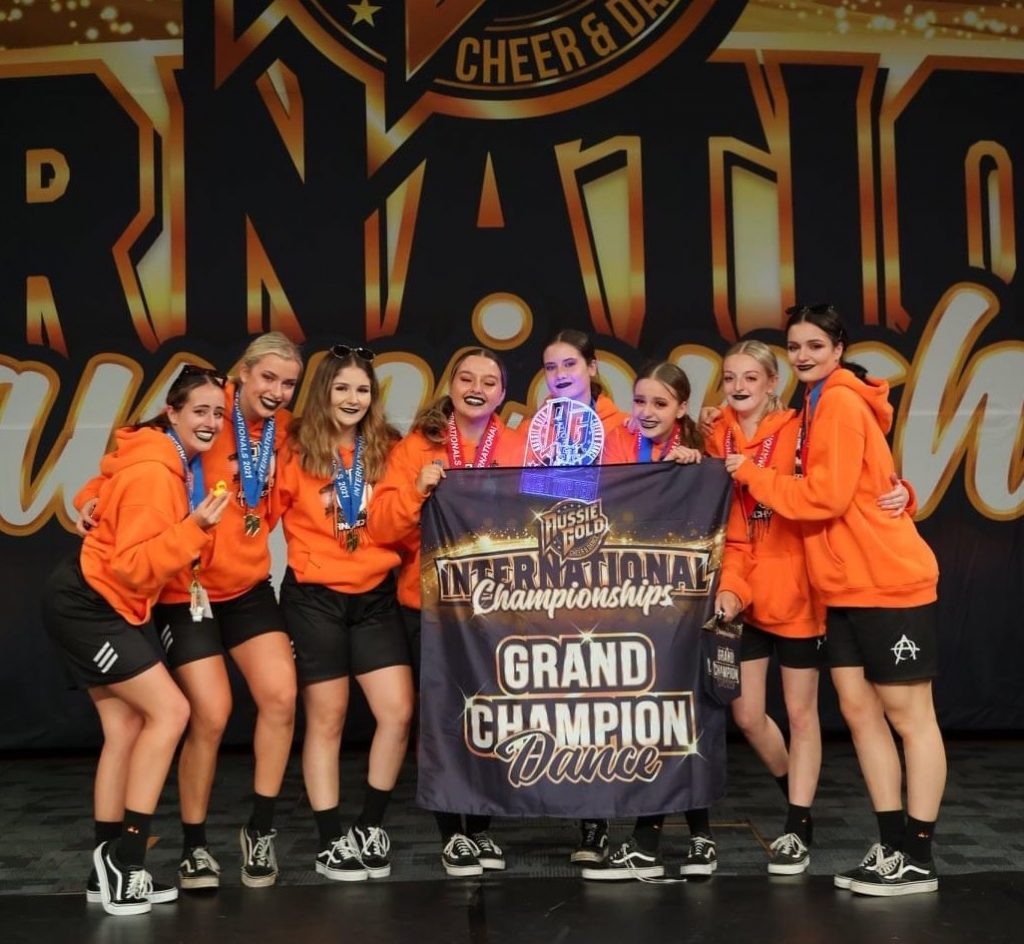 In preparation for the competition, which runs from April 23 to 25, the crew has been doing three group training sessions a week, as well and individual strength and stamina training.

“This will likely double in the lead up to our departure,” said Ms Partington.

“Our road to the worlds has been nothing but hard work, dedication and support for one another.”

In further success, Ms Partington and fellow cheerleader Emmy Neil have been selected as the team Australia representatives for pom style at the ICU (International Cheer Union) Championships, taking place April 20 to 22 also in Florida. Ms Partington said this competition was often likened to the Olympics of cheer and dance.

Sunshine Coast Cheerleading began in 2012 with 36 athletes. Today it has grown to 200 athletes, with success in state, national and international championships in cheerleading, dance and hip hop, with classes for ages three to university and adult levels.