Jane Stephens: Ash was like sunshine on a cloudy day

Jane Stephens: Ash was like sunshine on a cloudy day

Jane Stephens: how our champion Ash Barty was like sunshine on a cloudy day 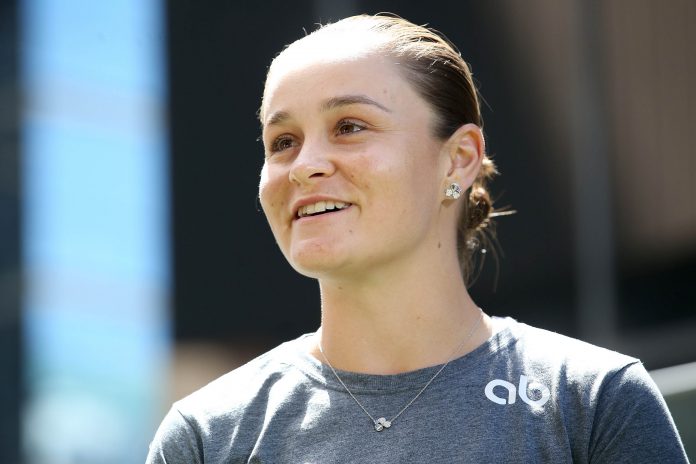 How much do we love Ashleigh Barty?

She wowed us on the tennis court, a champion at the French Open, Wimbledon and the Australian Open. She impressed us even more off the court with her courtesy and grace.

And now, at the top of the game and aged just 25, she is retiring. She says she has nothing left to give.

It would be rude to ask for more.

Barty’s victory on home soil in January was like sunshine on a cloudy day, an event that filled our hearts and lifted our heads at a time when so much was bad about the world.

She was cemented as the nation’s darling, a latter-day hero.

There is nothing false or overtly showy about her. She is small but triumphed over giants. She is calm but not emotionless, precise but still human.

It is said that Barty’s first tennis coach Jim Joyce encouraged his extraordinarily talented young charge to prioritise four things – be a good person, show respect for others, have fun and be happy.

As well as a great deal of winning, those four things were always on display.

During her hiatus from tennis, when she felt burnt out and was training for her remarkable stint with the Brisbane Heat, she was part of a school holiday tennis program in her home town, where eight lessons with her could be bought for $132.

Nothing princess-ish about that, even though she had been on the tennis tour for a couple of years and could have charged far more.

We need heroes now more than ever.

We have a fascination for them that starts in toddlerhood when dress-ups come in bright colours and superpowers come with a mask.

From our earliest memories, heroes save us and make the world a better, safer place – something little kids crave.

But it turns out we need them too.

Psychoanalyst Carl Jung found the hero archetype was needed to offset the demons in our midst.

There has rarely been a more uncertain, fearful time than the era we are in now. With disease, war, floods and rising costs of living have spread anxiety and depression like weeds.

And that she played under our national umbrella gave us extra joy – to have the world number one for two years with the word Australia after her name made us all feel proud by association and somehow extra-Australian.

As an athlete, she shirked the made-up, done-up trend that pervades the tennis tour, but after wiping the floor with an opponent, she would put on her pretty engagement ring as soon as she finished a match.

Her career earnings were in the millions, but she could not have been more down-to-earth or courteous.

Heroes usually undergo a transformation to become that way: Peter Parker was bitten by a spider and Clarke Kent was an awkward geek before miraculously morphing.

Barty transformed, too. She came back. And then she soared.

And now she is done with tennis.

Even heroes need to rest.