IN PHOTOS: thrills and spills as Coast hosts surfboat titles

IN PHOTOS: thrills and spills as Coast hosts surfboat titles

IN PHOTOS: all the thrills and spills as State's best surfboat crews do battle at Dicky Beach 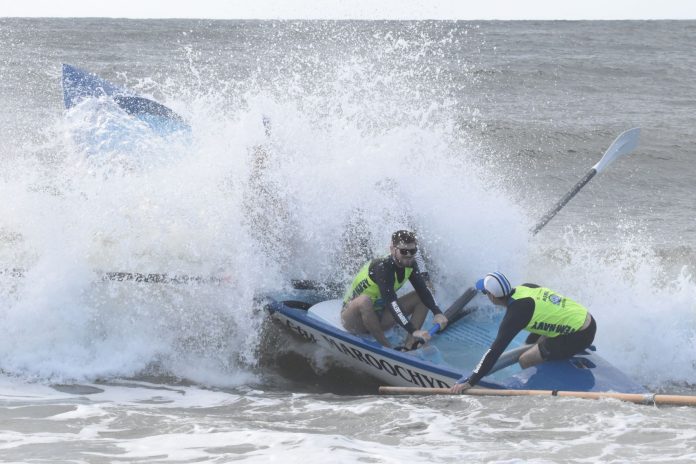 Noosa community members have been urged to express their views to help address the housing crisis that has gripped the region. Noosa Council is seeking More
More
Opinion

Queensland’s best crews were in the thick of the action as Dicky Beach turned on a spectacular surf carnival over the weekend.

The club hosted the BP Wessel Petroleum ASRLQ Championships, which attracted 85 surfboat crews from throughout the state.

They raced in male and female divisions ranging from U19 to U23, reserve, open and masters.

Leading the charge for the Sunshine Coast were entrants from Alexandra Headland, Maroochydore, Dicky Beach, Coolum, Noosa and Mooloolaba.

Coolum won the hotly contested open men’s division ahead of Currumbin, while Maroochydore and Mooloolaba finished second and third behind Currumbin in the open women’s final.

Currumbin crews were in awesome form, recording a string of impressive results, while Mermaid Beach and Burleigh also enjoyed some success.

Conditions were windy and choppy, with waves up to a metre.

The event was warmly welcomed after a series of cancellations this year due to wild weather.

It was the last chance for crews to to test their skills and fitness before the Australian Championships at the Gold Coast in early April.

Scroll down for full results and more photos