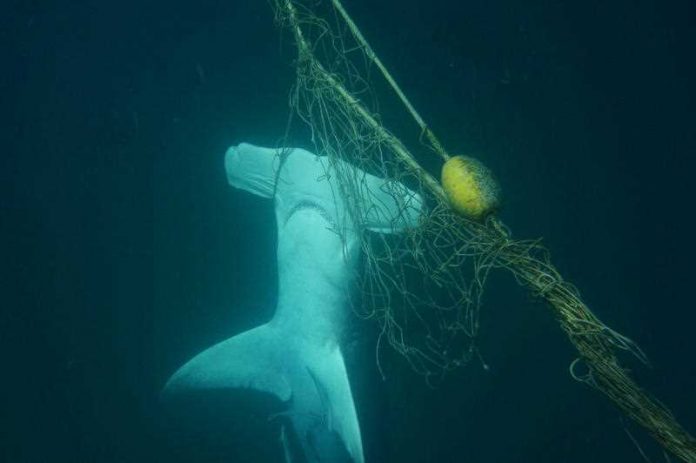 Senator Peter Whish-Wilson said federal and state governments spend million of dollars every year on the traditional measures while refusing to fund other technologies.

“It’s a matter of public interest and there should be good science and good funding for this issue,” he told AAP ahead of a public event scheduled for Thursday, at Sydney’s Bondi Beach, calling for reforms.

The Greens senator initiated a parliamentary inquiry held in 2017 into shark mitigation and deterrence measures in Australia, and specifically the use of mesh nets in NSW and Queensland.

He said the federal government had not responded to the inquiry’s findings.

The use of shark deterrents was debated recently after a deadly shark attack at Little Bay in Sydney’s southeast.

The fatal attack was the first in Sydney in nearly 60 years.

Several beaches were immediately shut in the wake of the man’s death as authorities searched for sharks in the area, using drones and jetski patrols.

Senator Peter Whish-Wilson said that depleted fisheries and the loss of marine biodiversity could be leading to more shark encounters.

“We wouldn’t accept safety standards that are 50 years old in our homes, our schools and workplaces so why should the beach be any different?,” said Dr Guida.

Dr Guida said the use of drones and acoustic tagging of sharks to understand their movements would keep people safer at no cost to wildlife.

Get your fix of local stories direct to your inbox by subscribing to our FREE daily news feed: Go to SUBSCRIBE at top of this article to register