‘Danger not over’ as BOM predicts rain, hail and winds

‘Danger not over’ as BOM predicts rain, hail and winds 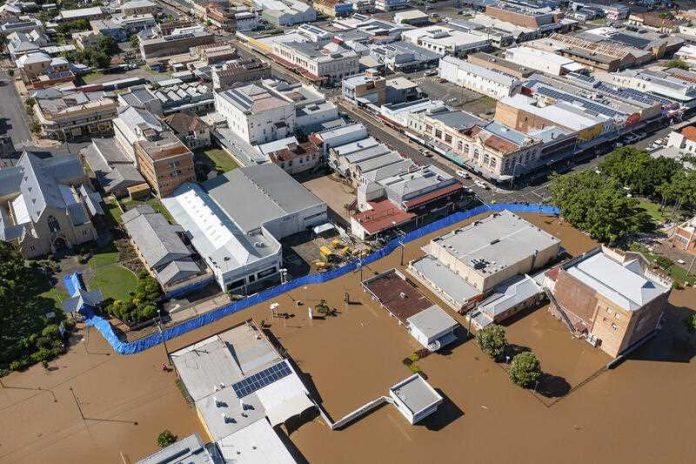 The Bureau of Meteorology has warned of more “severe weather” over South-East Queensland, with the return of showers and storms late Wednesday into Thursday and Friday.

Badly eroded beaches on the Sunshine Coast could also cop a further battering from a king tide on Thursday morning.

The BOM’s Jonathon How said the danger wasn’t over for the flood-ravaged southeast.

“We could see localised heavy falls of 50mm to 100mm each day as well as damaging winds and small to large hail,” said Mr How.

“So very much the message to those people in southeast Queensland — the danger isn’t over just yet.”

Mr How did not expect any significant further flooding across the region but said it was difficult to predict just how much rain would fall in the coming days.

“It will depend on where the rain band forms,” he said.

Nine people were killed over days of extreme weather and police also have “grave fears” for a man still missing after he fell from a boat into the Brisbane River at the weekend.

After slamming Qld and northern NSW, the slow-moving weather system has arrived in Sydney, where flash flooding and dangerous weather conditions are expected all the way from south of Newcastle in the Hunter to north of Eden on the South Coast, impacting as far inland as Katoomba in the Blue Mountains.

A massive clean-up effort looms in Brisbane with at least 18,000 homes affected, prompting Lord Mayor Adrian Schrinner to revive the Mud Army that helped the city recover from floods in 2011.

The bureau is also monitoring major flooding of the Brisbane, Logan, Bremer and Mary Rivers as well as Warrill Creek.

“These rivers are likely to remain quite high for some time so the danger is still very much still there,” Mr How said.

Severe weather is not the only potential danger amid recovery plans.

Public health experts and the state government have warned Queenslanders to stay away from floodwaters during the clean-up.

Epidemiologist Hilary Bambrick said everything from infectious diseases to snakes could potentially lurk in flooded areas.

“Floodwater is unpredictable and also contaminated,” she told AAP.

“There’s the potential of biochemical contamination, the debris and potentially snakes – people definitely shouldn’t be jumping in the water for a swim.”

Queenslanders have also been urged to take precautions with mosquito-borne illnesses set to thrive in standing water.

The state government said Ross River Virus and malaria could be spread by mosquito bite but warned Japanese encephalitis virus had also been detected recently in the region, which can cause fever, headaches, rashes and convulsions.

The Port of Brisbane is still closed but most schools are reopening on Wednesday with around 80 to remain shut, down from 550 the day before.

More financial support is on the way with the state government announcing hardship grants on top of the Commonwealth’s relief payment, with $180 per person and up to $900 for a family of five or more on offer for flood hit residents in Brisbane, Logan and Noosa regions.