Battle over who should pay for watchhouse debacle

Battle over who should pay for watchhouse debacle

'Money pit': departments at odds over who should pay for costly watchhouse debacle 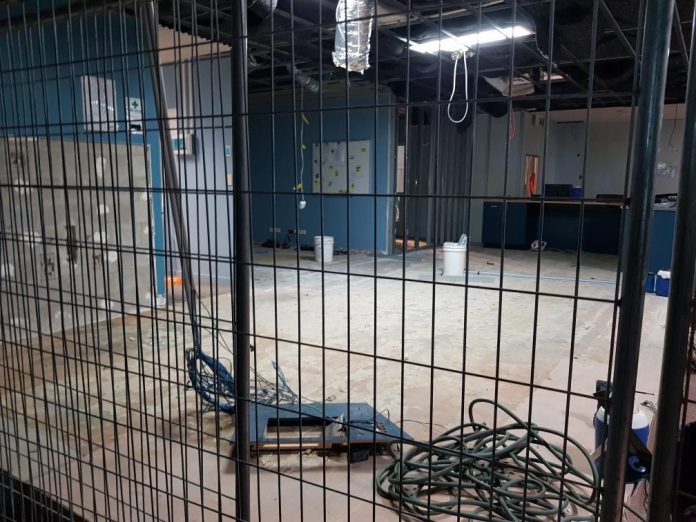 Two State Government departments are haggling over who should pay for a costly Sunshine Coast renovation that sources say was not required and has become a “money pit”.

The police watchhouse at 3 Gregson Place, Caloundra, had been chosen for a short-term youth remand centre, but the $5 million-plus proposal was abandoned after a public outcry.

Youth Justice media releases described the existing facility as “decommissioned” and “unused”, while police said it was still operational.

As revealed by Sunshine Coast News, Youth Justice began awarding tenders and spending millions of dollars on the project in November, even though it was not formally approved.

Designers were engaged, plans drawn up, a range of specialist products ordered, the watchhouse gutted and installation commenced on essential systems, including fire, security and information and communications technology.

But at that stage, public consultation was ongoing and Minister Leanne Linard had not made any official announcement.

After considerable backlash and a plea to the State Government by Member for Caloundra, Jason Hunt, Minister Linard halted the proposal in January.

This left thousands of opponents cheering, but Caloundra without a watchhouse and “an embarrassing mess”, according to sources. 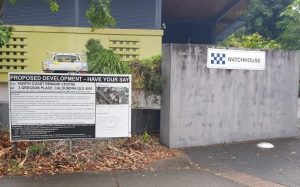 “This has become a money pit and there is definitely argy-bargy over who should pay for it (the watchhouse) to be returned to a functional state. It is going to cost a few million dollars,” a source said.

“Police shouldn’t have to pay for it. Youth Justice created the problem. It was perfectly ok as it was.

“It was a highly unusual situation. No-one could understand how tenders were awarded and the job got started without it being approved. That just never happens.”

SCN asked the Queensland Police Service (QPS) who will pay for the revised project, which will have to go back to the drawing board and is expected to take 12 to 18 months to complete.

QPS failed to answer the question, but when asked a second time, replied “the State Government”.

Youth Justice was more forthcoming and said: “Currently, the works are being funded by the Department of Children, Youth Justice and Multicultural Affairs through infrastructure funding previously allocated for the proposed short-term remand centre”.

A Youth Justice spokesperson said the department had engaged the Department of Energy and Public Works to manage the remediation works.

Member for Ninderry, Dan Purdie, a former detective who was part of the successful campaign to halt the short-term youth remand centre, said the renovation was “a complete waste of Queenslanders’ money”.

“The watchhouse was fine. It did not need an upgrade and indeed had not been scheduled for one, and one had not even been mentioned, or planned for, in any budgets,” Mr Purdie said. 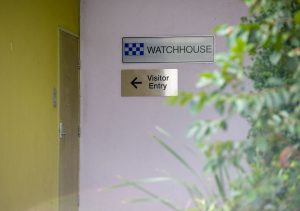 “While local officers won’t say no to a renovated watchhouse, the feeling is it is unnecessary and money would have been better spent on officers, vehicles or overtime to pursue criminals,” he said.

“Some serious questions have to be asked about how the youth justice centre plan was launched before consultation had been completed, or a decision made by the minister.”

The Caloundra watchhouse was commissioned in 2005 and its main role was for short-term transitional custody management of prisoners appearing before the attached Caloundra Magistrates Court.

This was usually between 8am and 4pm and prisoners were only kept overnight on a few occasions, such as when Maroochydore Watchhouse was being renovated.

The plan for the youth remand centre contained provision for at least 17 beds, an enclosed outdoor exercise yard, secure rooms for education and rehabilitation purposes and a common area, all monitored by hi-tech surveillance equipment. Much of this would not be part of standard practice for daytime holding of adult prisoners.

Youth Justice said the revised project would include “developing the scope, a budget estimate and a timeframe for works to begin in consultation with the Queensland Police Service”.

QPS said it would resume operations from the facility once all remediation works were completed.

“The intention at all times had been for the Caloundra Watchhouse to be returned to the QPS as an operational police facility supporting operations in the rapidly growing southern area of the Sunshine Coast,” a spokesperson said.

“Modernisation, renovation and growth of the watchhouse capability was always going to be required to meet the needs of this growing part of the Sunshine Coast in step with the growth of the capability and capacity of the Caloundra Court House. This is in addition to the State Government’s already announced Caloundra South Police Station for which planning is well advanced.”