Coast warned to batten down for more intense rain

Coast warned to batten down for more intense rain 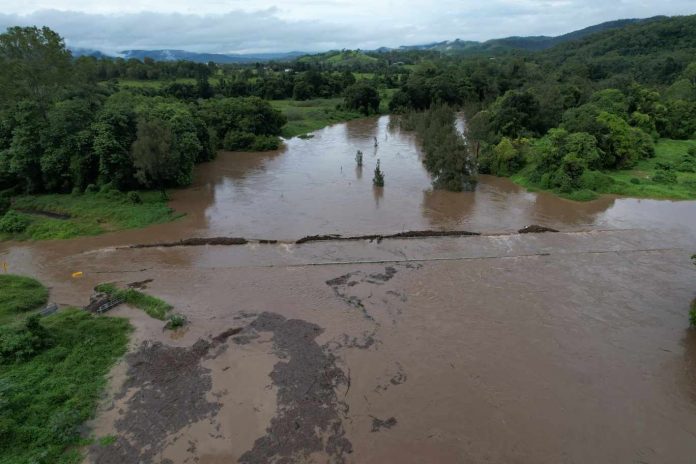 The Sunshine Coast is battening down amid fears heavy rainfall will intensify and continue to pummel the southeast on Thursday.

Daily falls of between 100 and 200mm have been predicted with one forecaster, Higgins Storm Chasing, warning of the possibility of water spouts crossing the coast as tornadoes.

Intense rainfall from a slow-moving system battered the region overnight Tuesday into Wednesday, triggering wild flash flooding that has claimed one life.

The body of a 63-year-old woman was found submerged in a vehicle after it was swept into raging stormwaters west of Eumundi on Wednesday morning.

Grave fears were also held for a 54-year-old man whose motorcycle was found near Gympie as rescuers combed waterways for the missing rider.

The deluge from the slow-moving weather system on Wednesday dumped record rainfall, with more than 400mm falling in some areas in hours.

After weeks of drenching summer rain, catchments could not cope with the downpour.

Residents have been warned the southeast is still in the firing line, with predictions that up to a month of rain could fall on Thursday.

“This has the potential to be a significant rainfall event for South-East Queensland,” Premier Annastacia Palaszczuk said.

“Since many catchments are now saturated, there is an increased risk of dangerous and life-threatening flash flooding over the coming days.”

The Bureau of Meteorology issued a general flood warning for South-East Queensland with fears the system will reform and intensify.

Replacement busses will be in place and passengers are being asked to allow for up to an hour of extra travel time.

The Southeast Coast and the Wide Bay-Burnett region bore the brunt on Wednesday with Burnett, Burrum and Cherwell, Mary, Noosa, Pine, Caboolture, Brisbane, Logan and Albert, Condamine rivers beyond capacity as well as rivers and creeks on the Gold and Sunshine coasts.

Seqwater said emergency flood releases from the Somerset and North Pine dams were possible in the next 48 hours.