Coast’s new artisan dark rum is a first for Australia

Coast’s new artisan dark rum is a first for Australia 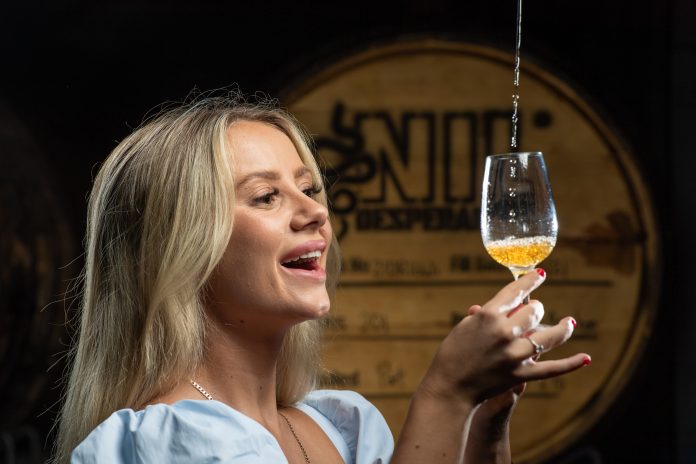 A ‘little bit of the Sunshine Coast’ is said to be in every bottle of a new artisan dark rum that’s being launched at a thriving local distillery.

Nil Desperandum, which is Latin for ‘nothing to despair’, is being touted as Australia’s first certified organic molasses rum.

The premium spirit has been aged in sherry and soaked in former wine and bourbon oak barrels.

Its launch comes as demand for dark rum is at an all-time high with predictions that premium rum sales would increase nearly 40 per cent in the five years to 2025.

The team at Nil Desperandum, who also produce Sunshine & Sons Gin, vodka and liqueurs hope the range of quality spirits will continue to put their hometown of Woombye on the map.

“Sip-sightseeing is very popular and our Woombye-based distillery and cellar door has enjoyed great support from the local market over the past two years but we can’t wait to welcome back international guests,” said founder and chief imagineer Matt Hobson.

Nil Desperandum will release 476 bottles of their finest ‘FIRST’ rum at 2:22pm on 22 February, 2022 at their distillery on the Sunshine Coast.

“You can’t order the rum until launch day, and there’s a quite a few rum lovers ready to buy.

“Nil Desperandum isn’t your usual Australian rum, we have made something very special that is certain to impress and is comfortable being compared with the world’s best.

“Australian rums aren’t acknowledged around the world. And in our opinion, it’s time they were.”

He said the Nil Desperandum team had gone to great lengths to develop a rum that would set them up for success in Australia and overseas.

“Nil Desperandum is a rum that can make a play in international markets, it has what it takes,” he said.

“What makes this rum different is that we are an artisan distillery that spares no expense or time to make spirits that are truly exceptional.

“We distil with love, patience, art and science and the results are incredible.

“This is a unique drop because we’ve quite literally put our home, Queensland’s Sunshine Coast, in every bottle.”

Head Distiller Adam Chapman, the only Australian to hold and instruct WSET Level 3 Award in Spirits and Wine, is the maker and distiller of Nil Desperandum.

He said this batch would delight lovers of rum.

“This is an Australian rum, inspired by the very best rums from the Caribbean, and can be comfortably sipped on ice or with a mixer of your choice” Mr Chapman said.

“I was surprised we were the first distillery to use Australian certified organic molasses because it has forged the foundation for Nil Desperandum’s complex flavour profile.

“Molasses is the by-product of refined sugarcane, the mother ingredient in rum.

“It is a dark, sweet syrup that remains after sugars are removed from the cane and in organic Queensland cane, they extract some of the world’s best.

“Many Australian rums that are sweetened, coloured and in some cases only flavoured with molasses whereas Nil Desperandum contains only Australian certified organic molasses, Woombye water, wild yeast and nothing else.

“We can’t tell you all our secrets, but Nil Desperandum has double the flavour compounds of what is typically found in Australian rum. It tastes like rum should.” 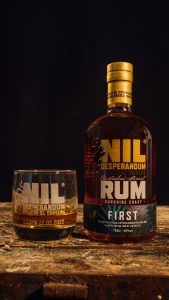 distiller as spirit premiumisation is in a sweet spot with drinkers, and with plenty of growth forecast.

“Throughout COVID, spirit consumers have become far more discerning about what they drink,” Mr Hobson said.

“The new breed of drinkers are very interested in local, sustainability, natural ingredients and favour quality over quantity which will drive a high-end rum renaissance.”

The limited-edition release of 700ml bottles of Nil Desperandum ‘FIRST’ will retail for $180 and is available online at www.nildesperandum.com.au or at the distillery door.