‘We want to sort them out’: scooter ‘cowboys’ targeted

‘We want to sort them out’: scooter ‘cowboys’ targeted

'We want to sort them out': state's plan to put brakes on electric scooter 'cowboys' 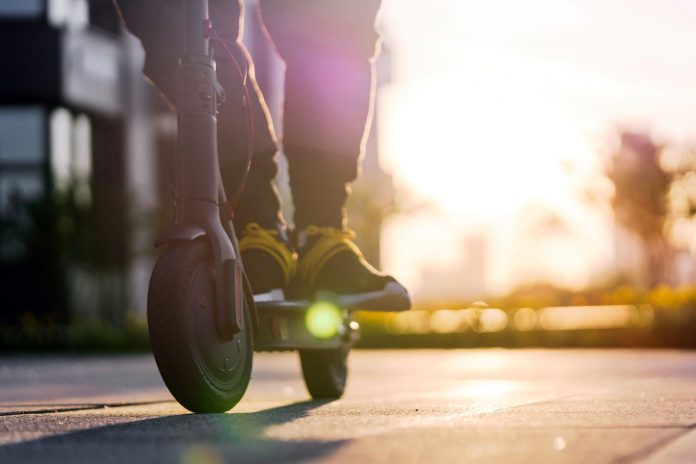 Queensland has announced a crackdown on e-scooter “cowboys” with speeding and drink driving on footpaths set to be outlawed.

However, the State Government is unable to confirm when new reforms will be in place, saying further discussions may take months.

Transport Minister Mark Bailey said e-scooter speed limits would be cut by half to 12km/hr on footpaths and warning devices like bells would be mandated.

Mr Bailey wants police to be able to “throw the book” at rogue riders on footpaths.

“Those sorts of cowboys in the e-scooter community, we want to sort them out,” he said on Sunday.

“Drink driving is an issue. I want to see that stamped out as well. If you are over .05 and on one of these things you are unsafe.”

But Mr Bailey said there was still work to be done on aligning different rules of enforcement for roads and footpaths, and resolving issues on “is it a vehicle, is it not a vehicle”.

Other measures would include creating parking rules to keep footpaths clear and looking at shared laneways.

He said new reforms were needed with e-scooter use in Queensland “nearly double the national rate” since they were legalised in 2018.

“What we are finding is a lot of pedestrians feel threatened when they (e-scooters) are ridden on footpaths,” Mr Bailey said.

“One of the main issues I was concerned about is hearing that people with disabilities were feeling so threatened that they were moving around in the community a lot less, particularly people with visual impairments.

“Another issue that concerns me is how they are parked … people particularly with visual impairment are fearful of falling over them.”

An e-scooter safety education campaign was planned alongside the new measures, he said.