Where ‘new norm’ for basic house is seven figures

Where ‘new norm’ for basic house is seven figures 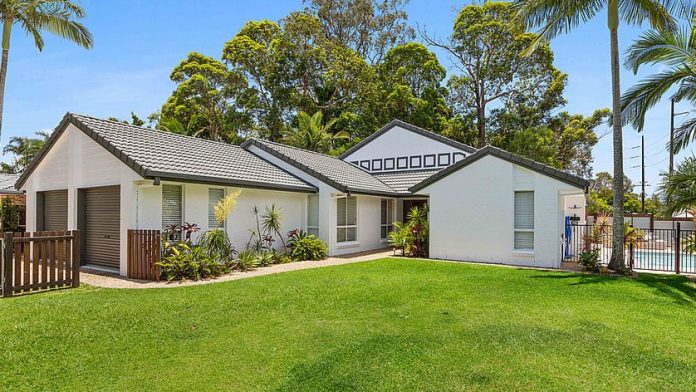 The ‘new norm’ for a standard four-bedroom home has shot up to seven figures in what used to be a fairly average-priced Sunshine Coast suburb.

In the latest sale in Mountain Creek, a four-bedroom, two-bathroom home on 700sqm achieved $1.025 under the hammer.

­­­­­­­­­­­­­­“If you want a four-bedroom home in Mountain Creek, you are paying the best part of a million dollars,” said Mr Goldsworthy.

“It’s further proof that the new norm, or the new entry level price for Mountain Creek is circa $1 million.

“There have probably been about six sales around that level in the area; that is the norm now.”

Mr Goldsworthy said there were very few properties for sale in Mountain Creek that were traditional, solid family homes in a quiet street and close to the shops and schools.

The auction of 2 Haddys Close attracted 13 registered bidders — most from the Coast, some Brisbane relocators, a Tasmanian relocator and an investor from Hong Kong.

“We have seen some investors looking for those bigger blocks in and around Buderim, Mountain Creek and Mooloolaba, who are looking long, long term,” Mr Goldsworthy said.

“They see what is happening to the Coast and they see value. The rental prices have increased dramatically as well so they are stacking up as good little investments.”

The successful bidder was a local young family wanting to get into the Mountain Creek school zone.

The suburb you only leave ‘in a box’

Buyers jumped at the chance to own property in one of the most tightly held suburbs on the Coast, with its beautiful turn-of-the-century homes. 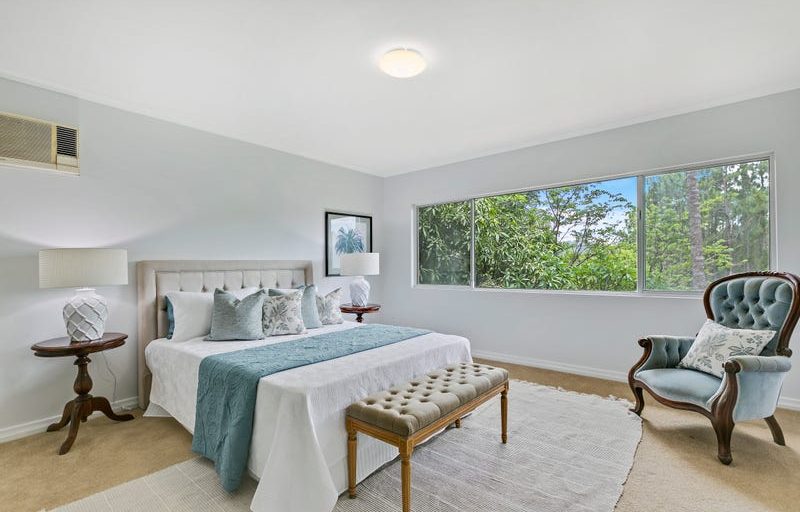 The 1920s house on Hunchy Road had been in the same hands for 40 years.

The home’s history, the 30 acres of private property with views to Flaxton and Mapleton and its overall presentation made it a very special sale.

“Most of these properties are tightly held,” listing agent David Gaskin from Century 21 said.

“There’s a good old saying in this area that you only leave in a box.”

“These properties don’t come around to often. They just don’t come on the market. I think that helped with the price as well as people realised these places are unique, they are not a dime a dozen. And having homes that are circa 1920s; they are homes that you can’t replace today,” he added.

The four registered bidders were all from south-east Queensland. They started bidding at $1.1 million for the deceased estate property.

It was then steady bidding between three of the bidders before it “got down to a bidding war between the last two” Mr Gaskin said.

They exchanged almost 15 bids with the last few dropping to a few thousand dollars each before the property finally sold under the hammer for $1.520 million.

The buyers are a young family from Brisbane who plan to use the home for holidays before moving to the Coast in the future.

“The price was right on where we anticipated, maybe slightly higher,” Mr Gaskin said. “The vendors were extremely happy with the result.” 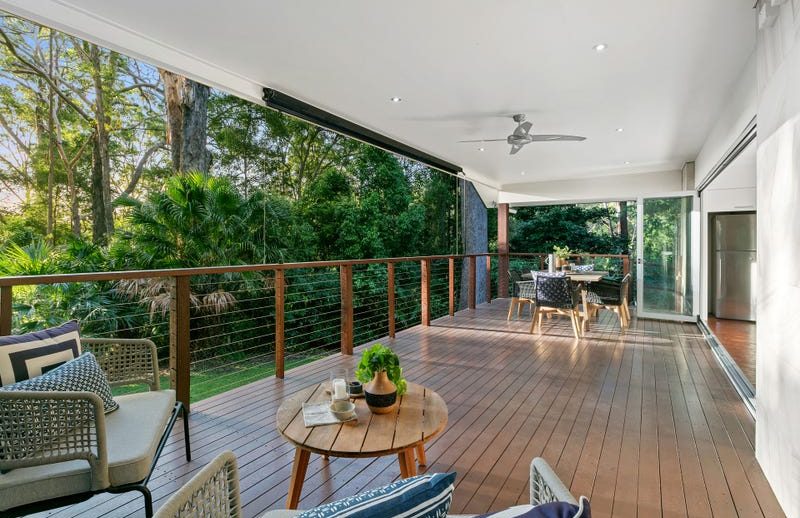 This four-bedroom home (above) in a glorious bushland setting on the hill above Forest Glen at 12 Monscott Place sold at auction for $1.25 million.

“It’s a unique property,” listing agent Loren Wimhurst from Next Property Group said. “It’s tucked away and private in an exclusive forest enclave.”

The property has all the hallmarks of a generous home for a growing family with generous living spaces both inside and out.

The auction paused at $1.1 million as the two bidders awaited the decision of the five vendors for the deceased estate.

Finally, after an anxious wait, a further bid was received at $1.25 million and the hammer came down.

“The price was what we expected for this property,” Ms Wimhurst added.

The successful bidder was a Brisbane couple. 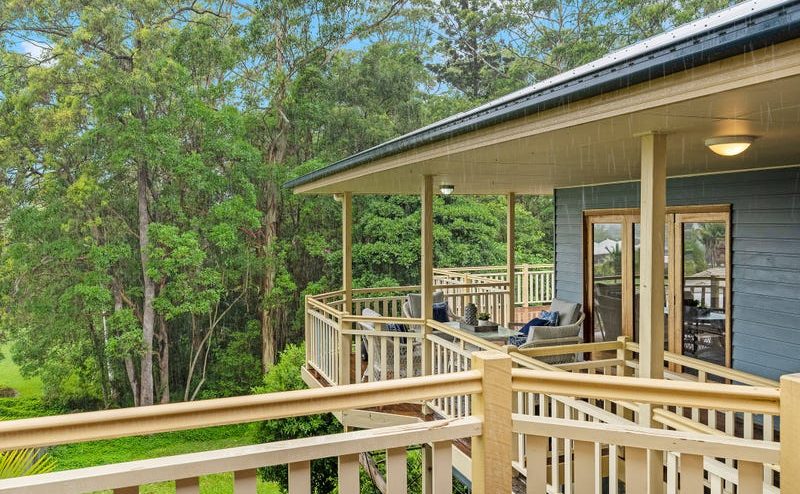 Tucked away in a cul-de-sac on the lower side of Buderim, this four-bedroom, two-level home at 29 Hardwood Court (above) attracted 72 group inspections prior to auction.

With two claw-foot baths, a pool room, bushland outlook and a creek at the end of the property, the delightful house attracted four registered bidders.

Listing agent Fiona Rawson from Ray White said the deceased estate was styled by Liane Jacobs of Showcase Property Styling which Ms Rawson believed made all the difference to its presentation.

“We had four offers within the first 10 days of the property going on the market,” she said.

Bidding started at $800,000, clearly knocking out two of the younger bidders right from the start.

It was then down to two buyers’ agents on the phone with their clients — one from Sydney and the other from central Queensland — who went head-to-head. The battle was fast and determined.

The final bid at $995,000 saw the hammer come down. The successful bidder from Dysart, west of Rockhampton, will rent out the property to start before moving to the Coast in about two years.

“It was significantly over reserve,” Ms Rawson said. “But, if we look at recent sales in Buderim for four-bed, two-bath, it reflects what is going on.

“The fourth bedroom downstairs and being separate from the rest of the house was a bit of an issue. A lot of people were saying, it’s really only three-bed, two-bath. If you looked at it like that, that’s a great price for that home.”

“A lot of similar size homes in Buderim on big blocks are selling well over the $1 million mark,” she added. “It wasn’t a crazy price. It wasn’t a low price either. I felt it was on the money.” 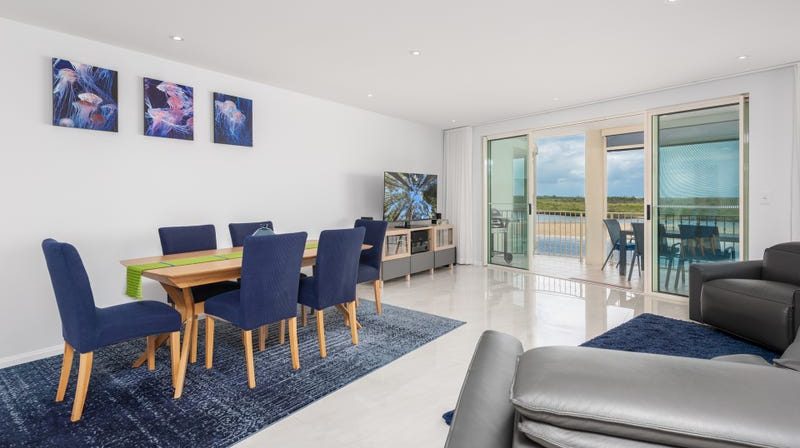 Five were from south-east Queensland and one from Sydney. The demographics of the interested parties ranged from downsizers to one young woman.

Listing agent Scott Henshaw, of Define Property, said the attraction to this part of Maroochydore was being walking distance to everything from restaurants to shopping centres, and the waterfront river view to Pincushion Island.

“Ironically, the winning bidder was a young girl; a single schoolteacher.”

The apartment sold under the hammer for $1.316 million.

“It was well above reserve,” Mr Henshaw added.

PASSED IN AT $1.8m. UNDER NEGOTIATION

SOLD UNDER THE HAMMER FOR $1.4m

PASSED IN AT $1.7m. UNDER NEGOTIATION

SOLD PRIOR TO AUCTION FOR $1.2m

PASSED IN AT $1.7m. UNDER NEGOTIATION