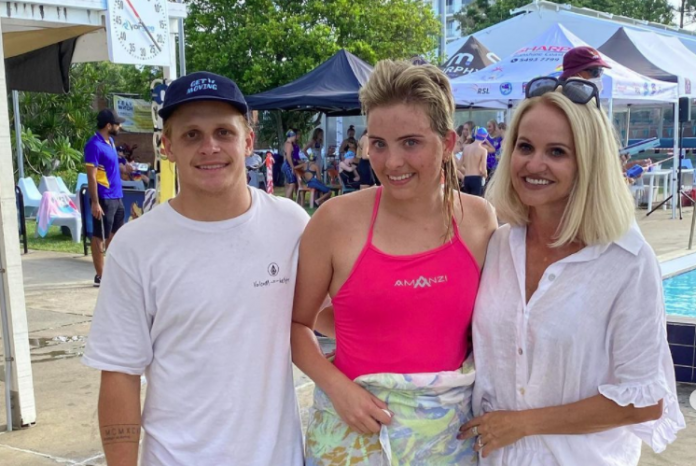 The young triathlete “not expected to walk or talk again” after a life-threatening crash has made a stunning return to competition.

Noosa’s Alexa Leary, better known as Lex, continues to amaze family, friends and medical experts as she fights to recover from a fall from her bike at Pomona on July 17 last year.

The accident caused a traumatic brain injury and left her with significant memory loss and reduced mobility.

Family members and friends launched the #moveforlex campaign on Instagram to help the 20-year-old regain memories and movement.

The initiative, which has attracted an incredible 142,000 followers, also inspires others to “get out, get moving and do it for those who can’t’’. 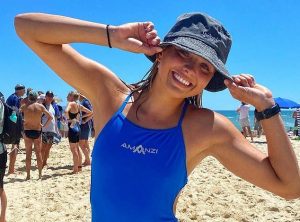 Her latest feat came on Saturday when she blitzed three swimming time trials that qualified her to compete at upcoming state and national championships.

Her father Russell said that “for someone who was not expected to walk or talk again, it was amazing”.

“It was a big day for Lex in the pool. She was given an awesome opportunity to try and qualify for the sprint (50m) titles, which are in two weeks, and also the longer course (100m) nationals held in April,” he said.

“Lex swam the 50m backstroke in 40 seconds and the qualifying time was 45 seconds – so she smashed it!

“We are all so proud of her and she is one very happy girl.”

Russell said achieving these times would allow Lex to gain entry to the Australian Swimming Championships, and also give her the opportunity to potentially qualify for the Paralympic Games in the future.

“The body is an amazing thing and to watch her glide through the water after everything she has been through is truly a miracle,” he said.

The family had a huge weekend, travelling to the Gold Coast where Lex was invited to lead the Suns onto the field for their AFLW clash with Richmond.

The Suns are among a number of sporting stars, fitness groups and celebrities to get behind her and  #moveforlex.

At the time of her accident, Lex was regarded one of the rising stars of triathlon in Australia. She won national titles in 2019 and 2020 and represented Australia at the world titles in Switzerland in 2019, finishing second in the U19 category.

On November 4 last year, she was finally able to return home after 111 days in hospital.

The moveforlex.com fundraising campaign, which will target enhanced care at the RBWH Neurosurgery Ward with a focus on equipment and family support, has raised $162,000 to date.