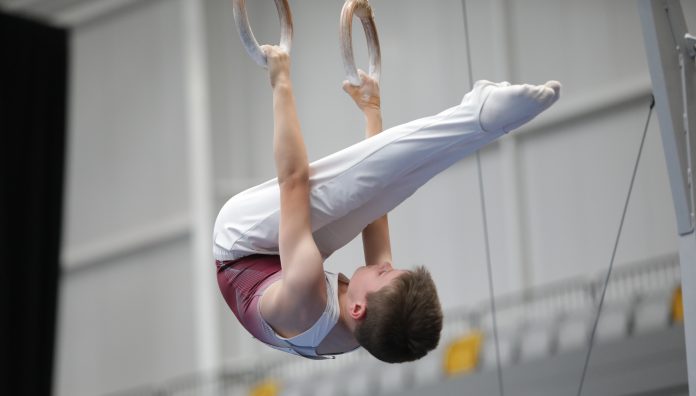 Gymnastics is experiencing a leap in popularity with the Sunshine Coast emerging as one of the captivating sport’s strongholds.

Gymnastics Queensland, which boasts a proud 70-year history, has more members than ever before.

The rise was striking in GQ’s Sunshine Coast region, which stretches from North Lakes to Hervey Bay.

It has 8641 participants (47 per cent growth) and numbers are expected to increase again this year.

The only thing holding it back is a lack of coaches, with the state body launching a major recruitment campaign.

Cooroy Gymnastics manager and coach Craig Jones said the club had been inundated with prospective gymnasts.

“Since the Covid shutdown, we’ve actually seen growth. People have been looking for a place to send their kids,” he said.

“And I think gymnastics promotes itself rather well as a place to start learning physical literacy.

“It’s become the foundation of all sports.

“You get to move forward in other sports because of the basic core that gymnastics provides.”

“We haven’t started back this year, but we’re already booked out for Mondays, Tuesdays and Wednesdays, for our starting girls’ classes.”

The club has about 500 members and that number “is steadily increasing”.

The club is also working with Sunshine Coast Council to extend the building at Cooroy Sports Complex.

Caloundra hosts an annual four-day club championships, which attracts teams from around Queensland and beyond.

Gymnastics Queensland CEO Chris Rushton said there appeared to be a renewed focus on getting active, through gymnastics, after a drop in numbers across many sports in 2020.

“Over the past year we’ve noticed a real shift in families seeing the benefits of gymnastics,” he said.

“Gymnastics is recognised as a sport that teaches fundamental movement – such as how to balance, jump, leap, run, hop and balance – and it increases strength and confidence.

“Coupled with watching our athletes on the global stage at the Tokyo 2020 Olympics and the announcement of Brisbane as host of the 2032 Games, interest in our sport is growing.”

“You don’t have to have experience in gymnastics, you just need to be able to engage with kids. It’s a great job for those looking to make a difference in a child’s life.

“Clubs will provide support and training with casual, part-time and full-time roles available.

“Coaching in gymnastics is paid employment and you learn some great communication and organisational skills.”