Ashley: we moan, but think of those on the front line

Ashley: we moan, but think of those on the front line

We complain about the COVID mess, but consider those battling on the front line 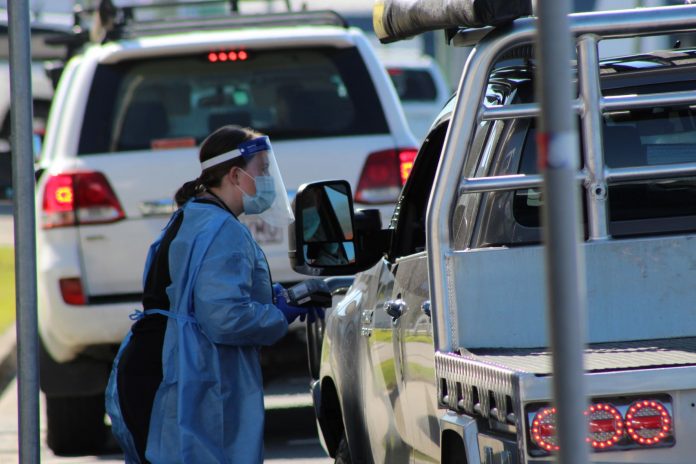 Jane’s guide to proper etiquette at the beach

The giant swell birthed by Cyclone Seth may have abated, but let’s try not to let our manners go out with the tide. Despite patchy More
More
Opinion

Sami Muirhead finds a cafe serving a shot of kindness

COVID brings more than sickness. How many friends do you know who are simply tired from nearly two years of worry and trying to More
More
Opinion

‘Staggering’ number of rescues as lives put at risk

We have seen a staggering number of rescues over the holiday season. Despite the wild conditions due to ex-Tropical Cyclone Seth and beaches being closed, More
More

Last week, as I drove past the COVID testing hub at Kawana on my way to work and saw 200 to 300 cars lined up, all I could think was that will be me one of these days.

It was not a pleasant thought.

I also thought about the daily briefings from our leaders about getting tested if you have any symptoms and if it’s too busy, then get a rapid test and also to go and get a booster shot.

At the time of writing, none of those three suggestions was doable.

Well, maybe the test if we had six hours to spare and they didn’t run out of kits.

Our leaders are making some noises about rectifying all of the above, which will be fantastic if it actually happens and will at least restore some faith in the powers that be.

While I was pondering this as I drove to work, I actually had an epiphany: what about the poor workers at the test centres, the labs, and all our health workers, the police that are at the frontline of this massive cluster bucket of swill?

Sure, I am worried about my health, my family and friends, workmates and the business but what about all the people trying to do what these politicians are saying on a daily basis?

The virus changes course rapidly and so does the advice coming through our media sources from the folks that are supposed to be guiding us through this, which is of course difficult, but not as difficult as the front line.

It’s a bit like going to war; it’s rare that the strategists are on the front line.

Mostly, they are in a bunker somewhere moving troops and supplies from a safe distance.

Receive our free Sunshine Coast News daily news feed. Go to Subscribe at the top of this story and add your name and email. It’s that simple.

Of course, some leaders lead from the front, like WWII General George Patton who had hundreds of quotable quotes.

I think two fit the situation we are in now: “No good decision was ever made in a swivel chair”.

It probably sums up a few things over the last two years?

But even more fitting: “Human beings are all made of flesh and blood and a miracle fibre called courage.”

Those workers on the front line of this debacle certainly have that fibre and I guess it’s up to the rest of us to respect that and hope we can find it as well.

Ashley Robinson is the manager of Alex Surf Club and the chairman of the Sunshine Coast Falcons.

Sami intends to colour her world without a Grimace

The cynic in me delights in the release of the Colour of the Year by Pantone (the global authority on colour) every 12 months. If More
More
Opinion

"Excuse me, but I heard you might have some rats?" In another time, these might have been words uttered only by a health inspector – the More
More
Opinion