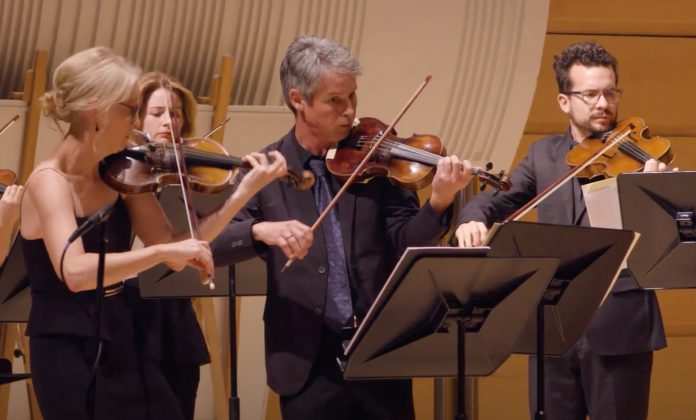 A Sunshine Coast-based orchestra is poised to return to stages around the country after a massive funding boost.

The funding will allow the orchestra to expand its national tour and offer education and training to the next generation of musicians.

General Manager and Co-Artistic Director of the Australian Romantic & Classical Orchestra, Nicole van Bruggen said it would help the music industry bounce back from the impacts of COVID.

“Freelance musicians and arts workers have been really struggling over the past two years,” she said.

“This announcement is not only going to put food on their table, it also acknowledges that small and agile organisations such as the Australian Romantic and Classical Orchestra are in a key position to pull the music industry out of the reality of this pandemic.”

She said the funding was extremely important for the orchestra, which engaged more than 100 freelance musicians annually.

Their unique form of classical, orchestral music performance is a highly specialised craft that presents music created in the 18th and 19th centuries – the Classical and Romantic Eras.

The orchestra performs in an engaging, informed way that is true to the music’s origins and uses instruments from that time.

The funding will support the orchestra to deliver their national tour and will be used to build on the group’s education pathways through youth orchestras.

“Because of our strong educational focus alongside our concert touring, our orchestra can make a huge difference in the lives of young artists all over Australia who need opportunities to make music, now more than ever.” Ms van Bruggen said.

“In 2022, the Australian Romantic & Classical Orchestra will perform dozens of concerts across five states as well as in the virtual realm, present four youth orchestra programs, and provide music education programs which support the Australian curriculum to thousands of school students, both in person and online.”

The funding is a part of the Federal Government’s $200 million Restart Investment to Sustain and Expand (RISE) Fund.

Mr O’Brien said almost $1.5 million was delivered to the arts and music sector in Fairfax, during the past year.

“Musicians have been held back from doing what they love over the past two years just as audiences have been starved of the joys of live entertainment and performances,” he said.

“I am a huge supporter of the live music industry because it’s not just great for artists, it’s great for audiences and fantastic for local economies.”