‘Come quickly, there’s a snake in our Christmas tree’

‘Come quickly, there’s a snake in our Christmas tree’ 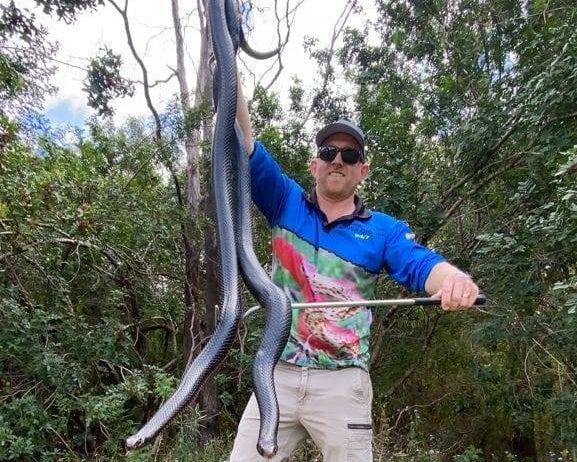 From snakes hanging out in Christmas trees to others just days away from hatching, Sunshine Coast snake catchers have had a busy few weeks.

While most of us have been relaxing during the holiday season, there is never a day’s rest in the world of Stuart McKenzie and the fearless team from Sunshine Coast Snake Catchers 24/7.

With humid days and high rainfall during summer it means snakes are on the move, sometimes appearing in places you would rather not find them, like inside your home.

Stu, as he is known, told Sunshine Coast News it had been an “interesting couple of weeks” over the Christmas and New Year period.

One of his more unusual call-outs was when a snake decided he wanted to join the Christmas fun, winding himself around a Christmas tree in a Sunshine Coast home.

“We found a common tree snake in a Christmas tree, so that was pretty cool,” Stu said.

“Red belly black snakes seem to be on the move after the rain with all the frogs out too.

“We caught a red belly that was full of babies on a property. She was probably only days away probably from giving birth to a heap of little red bellies.”

He said the team was also responding to numerous python discoveries but wasn’t seeing a huge number of calls for the highly venomous Eastern brown snakes. 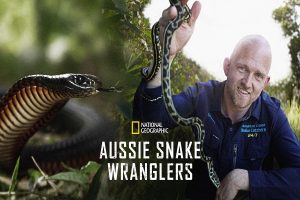 Stay up-to-date with local stories by subscribing to our free daily news feed. All it requires is your name and email. See SUBSCRIBE at the top of this article

Stu, who stars the popular Aussie Snake Wranglers TV series, said calls had ramped up in recent days thanks to hot, humid temperatures.

“As soon as the sun came out, and the humidity, it’s like a switch has flicked and it’s been chaos ever since,” he said.

“During the Christmas period it was pretty quiet compared to what I’d normally expect, but that was all just because of the weather.

“We’ve had some un-summer like weather. It’s been quite cool up until the past few days.

“We are still catching snakes every day, around eight to ten every day, which might sound like a lot but usually we are catching double that.

He said his job as a snake catcher wasn’t for the faint hearted either.

“We enjoy (our job) and enjoy the challenge of it and there have been a few challenging ones lately.

“Snakes are never sitting there waiting for us to arrive so we often have to search all through yards, but that’s all part of the job. They must think ‘oh no, those guys in the dark blue are here again’,” he joked.

Mr McKenzie said Sunshine Coast Snake Catchers 24/7, which covered the Sunshine Coast, Noosa, and Deception Bay regions, could receive anywhere from 20 to 30 phone calls daily, though not all of them eventuated into actual call-outs.

He said now was the busiest time for snakes to be out and about and he urged residents and business owners to be aware, but not alarmed, of the slithery creatures.

“January is generally our busiest month of the year, so if there is any time you are going to see a snake it’s probably going to be around the next couple of weeks.

“Be wary that snakes are out and about on the move at all hours of the day. We do get nocturnal species here as well, mostly pythons, on the move at night-time.

“A bit of common sense goes a long way when you see a snake and when you first see it, keep your distance and give your local snake catcher a call. If the snake is outside get the kids and the dogs inside, if it’s inside the house then get everyone outside.”

Stu said contrary to popular belief, snakes in the region did not hibernate in the cooler months and remained active year-round.

“Snakes don’t hibernate here. They do slow down but we have snakes still through winter. It just doesn’t get cold enough for them to hibernate.

“They do something called brumation where they slow down but they won’t just go to sleep for three months.”

Sunshine Coast Snake Catchers 24/7 can be contacted on 0408 545 440 or find them on Facebook or at thesnakecatcher.com.au.