'We told them to get ready': Coast outbreaks expert blasts governments for ignoring warnings 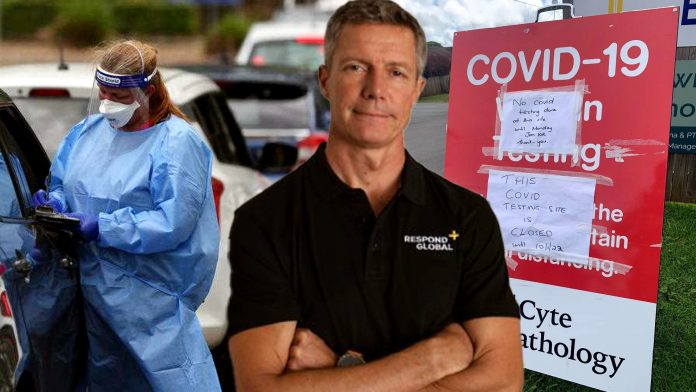 A Noosa-based outbreaks response expert has slammed state governments for ignoring his repeated warnings to plan for rapid antigen testing (RATs) before the onslaught of cases.

Dr Ian Norton said he offered, as far back as a year ago, to help governments prepare for the testing demand that would result from the predicted wave of infections, but was repeatedly fobbed off.

He said nobody listened to his advice to start stockpiling RATs and implement protocols for their rollout and use in essential work settings and homes, and a system to track positive results with an App.

Dr Norton said “everybody knew this was coming; everyone should have been prepared”.

But he said State Governments “actively blocked” the quicker and simpler RATs, while claiming they were inferior to the PCR tests done at laboratories.

“The blame needs to sit very squarely on the shoulders of those emergency planners who did not want to engage with this,” he said.

Dr Norton is founder of Respond Global which specialises in health crisis management.

He was head of the World Health Organisation’s Emergency Medical Team (EMT) initiative from 2014-20, leading responses to Ebola, diphtheria and measles outbreaks as well as to earthquakes, cyclones, and conflicts.

As Australia recorded more than 64,000 new cases on Wednesday, all levels of government were scrambling to access supplies of RATs from overseas as massive demand made them all but impossible for the public to buy.

Authorities are also making up policy-on-the-run about how to use the home-based kits.

Dr Norton said the states could have been well ahead of the game and avoided much of the current testing debacles and long queues if they had listened and acted.

He did manage to get a response from the Federal Health Department and is supporting the rollout of RAT kits and procedures to more than 600 aged care facilities across Australia.

“From our side at Respond Global we’ve been calling on a plan on how to use rapid antigen tests properly since (late 2020),” said Dr Norton.

“What I was saying at the time was ‘Please we’ve got to get ready because once we finally see the wave of COVID that we should all expect, we’ve got to be in a position to already know how to use these tests, how to use them effectively at the front door of facilities (like distribution centres, meatworks, whatever) and then to also set up some Apps that can record rapid antigen test results.

“And all I was shouted down about was ‘Oh, they’re not as sensitive as PCR therefore let’s not even touch them.

Dr Norton said all governments should have had systems in place to roll out RATs to essential workplaces with advice on how and when to test staff.

“It’s tough to sit back and say ‘My goodness we’ve been calling for this for a year or more and then to see everybody say ‘It’s all happened so suddenly, we weren’t ready’,” he said.

“Chief Health Officers who were in place but didn’t plan this properly; we have to all be open and say, ‘We did have a chance to get this right but we didn’t do this’.”

A spokesperson for Queensland Health said the department began purchasing RATs in October.

“To date, six million of these tests have been ordered, of which more than a million have been delivered with the balance scheduled for regular deliveries over the next two months,” said a statement.

“The emergence of the Omicron strain has changed the demand profile for Rapid Antigen Tests, in particular much higher demand for self-administered tests.

“The first deliveries are expected to begin arriving in the coming days ahead of major deliveries in the next two weeks.

“As can be seen across the states and territories, and the Commonwealth Government and overseas there has been a very large increase in demand for these tests which the global supply chain did not foresee leading to shortages.

“Challenges in securing stocks are being experienced across all jurisdictions and sectors, including retail.”

“The main reason was because the State Governments were so anti-rapid antigen tests until only a few weeks ago, to be frank they actively blocked it,” he said.

“So anyone who blames the suppliers for not having enough supply need to understand that the State Governments gave them no indication they would ever want to buy any of these things.

“So why would they bring in millions of dollars of stock that expires after 12 months when you have state departments telling you…we don’t want it.

“Certainly that was the messaging from Queensland Health until only a few weeks ago.”