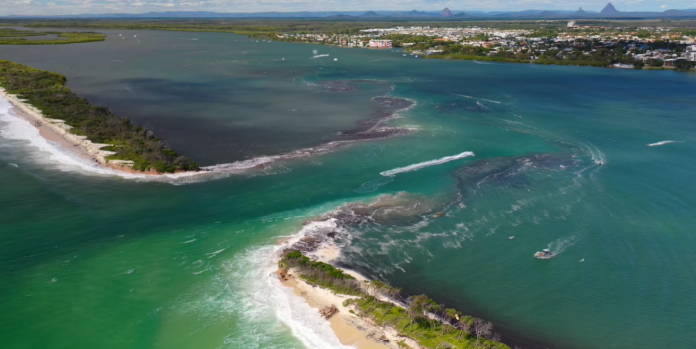 A major study identified the “threats” to the Pumicestone Passage, Golden Beach and Pelican Waters and outlined a range of “treatment options” in the event of a Bribie Island tidal breakthrough.

The initiative, funded under the Natural Disaster Mitigation Program and involving three tiers of government, was completed in 2009.

The study’s predictions, which forecast a breakthrough within 20 to 30 years, became a reality sooner than expected over the long weekend when king tides and big seas forced open a new channel 2km from the fragile northern tip of the island.

This is opposite Nelson St at Golden Beach, just south of the shopping precinct, and is fast-becoming the passage’s new main northern entrance to the sea.

But what impact will it have and what now might need to be done?

The occurrence was not unexpected and was the subject of the Bribie Island Tidal Breakthrough Risk Assessment Study.

This was sparked by community concerns and led by the Pumicestone Passage Advisory Task Force, chaired by then Councillor and former Deputy Mayor, Tim Dwyer.

The task force was made up of representatives from the community, and local and state government.

This is what the study found could happen in the event of “the formation of a new entrance with a similar morphology to the existing northern entrance”.

Now retired from council, Tim Dwyer, recalled to Sunshine Coast News that the study had been valuable in understanding the risks of a breakthrough and how to mitigate its effects. 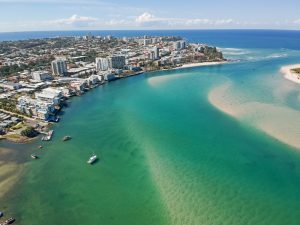 Mr Dwyer said it had already led to some action, including an erosion management plan for the area between Caloundra Bar and Bells Creek to respond to erosion issues.

“We knew there would be implications related to a breakthrough, such as changes to the tidal prism and the current bar potentially silting up.

“There was certainly a lot of work done on this and there will be a framework to deal with it.”

A Sunshine Coast Council spokesperson said that a range of surveys would be carried out when conditions permitted to determine the impact of the weather event, including the impact to the northern tip of Bribie Island.

The spokesperson said that since 2014, council’s management approach in this area had been guided by the Bribie Island Breakthrough Action Plan.

“Actions have included regular monitoring, beach renourishment along Golden Beach and the upgrade or new construction of protection structures such as rock walls and groynes.

“Most recently renewal of a groyne on the corner of Leichardt Street and The Esplanade, Golden Beach was completed in September 2021.

The spokesperson said Bribie Island itself was managed by the Queensland Government.

Longtime locals say that in the 1950s and 1960s, the spot that has been carved out in recent days is where the mouth of the passage used to be.

Below is how it looked back then. 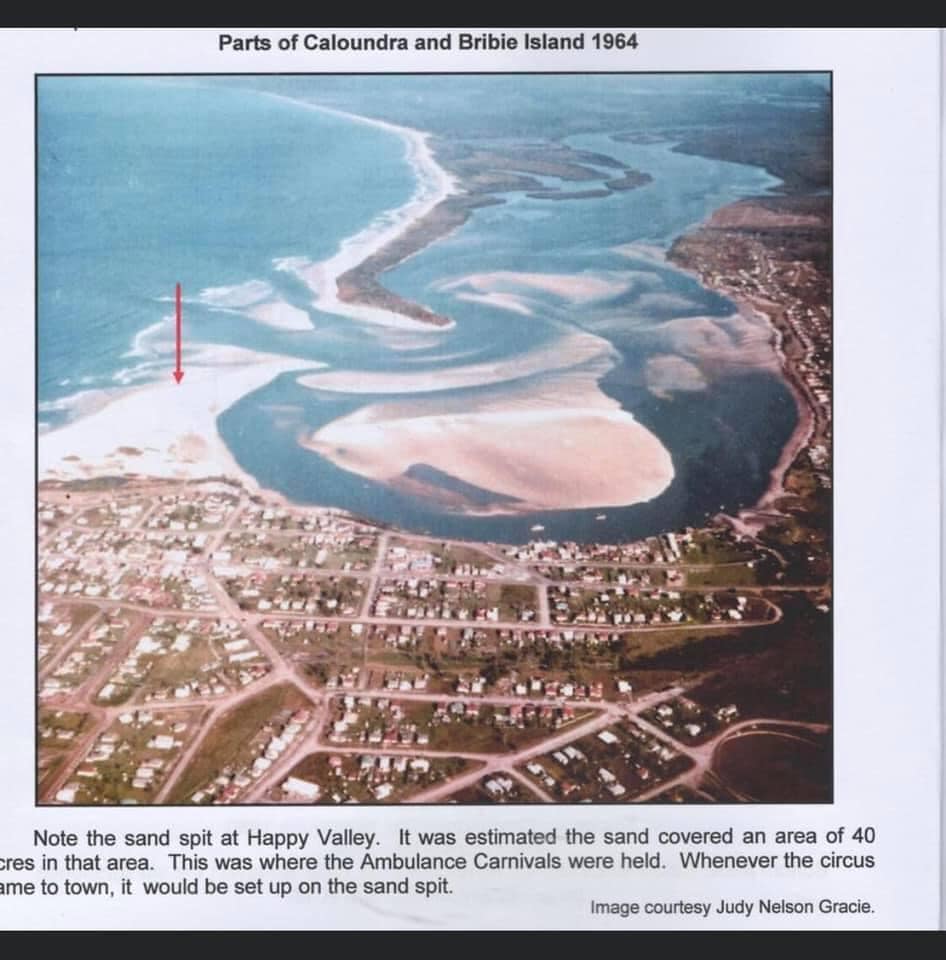 University of Queensland’s School of Civil Engineering Professor Tom Baldock told Sunshine Coast News that the width of the new channel would help determine what impact the change would have on the passage.

Professor Baldock said that, fortunately, at present there was a large sandbank between the hole and Golden Beach, which would provide some protection.

“If it (the breakthrough) keeps getting wider, it could have a significant impact on the passage.”

Like articles that inform, connect and celebrate the Sunshine Coast? So do we. Join an independent local news revolution by subscribing to our free daily news feed: Go to SUBSCRIBE at top of this article to register