Watch out for these Coast singers on The Voice

Watch out for these Coast singers on The Voice 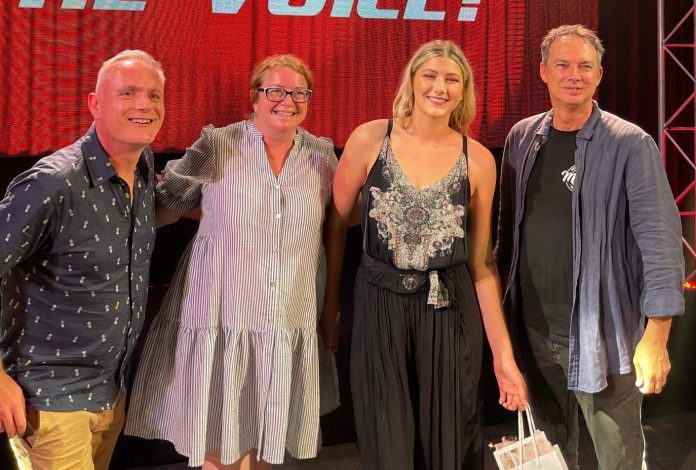 Keep your eyes peeled and your ears pricked for The Voice, after three Sunshine Coast singers booked their spot on the show in 2022.

Ashleigh Dell, Innessa Hook and Kiani Jazz Smith progressed to the popular reality television singing show after performing in Have you Got ‘The Voice’ at NightQuarter.

The competition saw 30 hopeful musicians perform in the talent search opportunity on a stage that has hosted the likes of Ocean Alley, Vera Blue and Ziggy Alberts.

“The standard was extremely impressive. We had over 50 entrants from the Sunshine Coast and 30 perform on NightQuarter’s Main Stage,” she said.

“We had a wide range of performances, everything from 7-year-old singing sensations to high school talent, to music professionals.

Growing up in Saudi Arabia, there was only so much that competition winner Dell could teach herself about music.

“I had always had a dying passion for singing,” she said.

“Not only did it help me find a voice as a young girl growing up in a male dominant country, it helped me express who I was through the power of my voice.”

Establishing herself in the Australian folk festival scene, she has found her niche infusing alternative folk with Eastern-European influences.

At just 15, Kiani Jazz Smith expresses chill and groovy sounds as she wows audiences with her amazing vocal ability.

The top three finalists will go into the first round of auditions at the next season of The Voice, receive a paid performance opportunity at NightQuarter and the winner will have a recording session at the University of the Sunshine Coast, with Magoo.

The competition was judged by Colin Atkins from Mooloolaba Music, Lyndon Smith from 92.7 Mix FM and Ms Christoe.