Nana’s risque romance novel is out of this world

Nana’s risque romance novel is out of this world 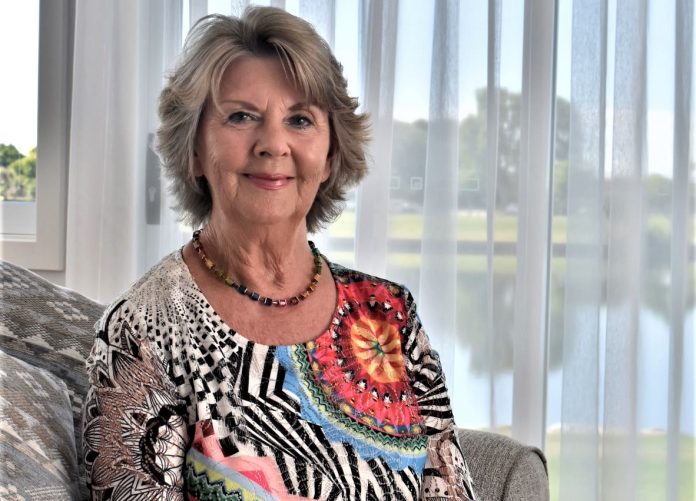 The word “risqué” isn’t one you’d normally associate with a polite and softly spoken grandmother.

And Bokarina’s Judy Eckford confesses to a little trepidation about how her larger circle of friends and neighbours will react towards her first naughty but nice foray into the world of published fiction.

So, she has steeled herself for some “shock and awe” reactions.

The initial disbelief of her husband, however, has since turned into excited support.

Her self-published novel, titled Abduction Seduction, launches on January 6 in Australia and England through London publishing company Austin Macauley in softcover and as an eBook. 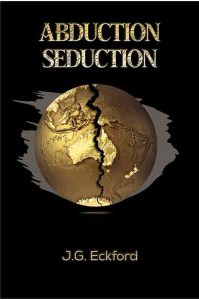 Judy, who writes under the name J.G. Eckford, admits “it’s scary, with the content of the book” but a hint of mischievousness in her voice is unmistakable.

Without giving too much away, the plot of her “racy, raunchy romance novel” poses the question: “Do you believe we’re the only race in the universe?”

The story centres on a young girl who goes for a job interview as a researcher. The interviewer, an unusual looking man whose olive skin has a greenish tinge, ultimately abducts her and transports her to a “new world” in the Australian desert, inhabited by aliens.

While understandably upset and confused at first, she soon learns that the research position is genuine and becomes involved in a program to integrate aliens and humans.

The aim is create a new breed of alienoids that are more accepting and inclusive of others’ differences in what is actually a Utopian oasis.

“We were living in Karratha at the time, in the desert in WA, which is a very inspirational place,” Judy says.

“In fact, the protagonist’s red hair with golden lights was inspired by those sunsets.

“I love to write and I had the time to do it, so I did. That was six years ago. I wrote it then didn’t do anything with it.

“In the meantime, we moved to the Sunshine Coast (just over three years ago) and I was going through my computer. I just brought it up and started to read it and thought, ‘This isn’t bad’.”

In brainstorming the novel, Judy decided to follow her own passion for the unknown.

Like stories about Sunshine Coast people doing great things? Help us deliver more by registering for our free daily news feed. All it requires is your name and email. See SUBSCRIBE at the top of this article,

“I’m a bit out there. I’ve seen several UFOs.

“I grew up on Sydney’s northern beaches and we used to see them often over the ocean.

“I’m not alone in that. I’m sure there’s many people along the east coast that have seen them over the ocean. I’ve also seen a real crop circle on a friend’s farm at Tully …fascinating.

“I took a video of it and rang the UFO bureau who were very interested as there was a lot of activity in the area at that time. It was on the news.

“I figure if they (aliens) are here they are more friend than foe.”

Judy doesn’t hold back in suspense, thrills, forbidden love or the ugly side of life in this alien environment.

“No bondage per se, but there is a lot of explicit sexual scenes,” she says.

“The alien/human couplings generate beautiful babies with glowing golden skin in differing degrees. This is due to the olive green tint of the aliens and the various colourations of the human race.

“The alien race embrace the old-fashioned values like respect, manners, elocution and discipline. They are very loving and nurturing and therefore, the abductees are wooed, not enslaved.

“It’s a really social workable community. A bit Shangri-La, with a few obstacles in the mix.”

This may be her first published book but Judy is no stranger to writing.

She has completed works, including children’s stories and young adult fiction – one of which came close to being published earlier.

And the proud Coast author revealed she is preparing a sequel to Abduction Seduction, with an equally intriguing title: Penetration.

But with the same mischievous twinkle in her voice, she adds that the title is less about sexual connotations and more about penetrating the way people think … with plenty of racy, raunchy romance, of course.