When teens screamed for chance to dance ‘until late’

When teens screamed for chance to dance ‘until late’

Flashback: when Sunshine Coast teens screamed for the chance to dance 'until late' 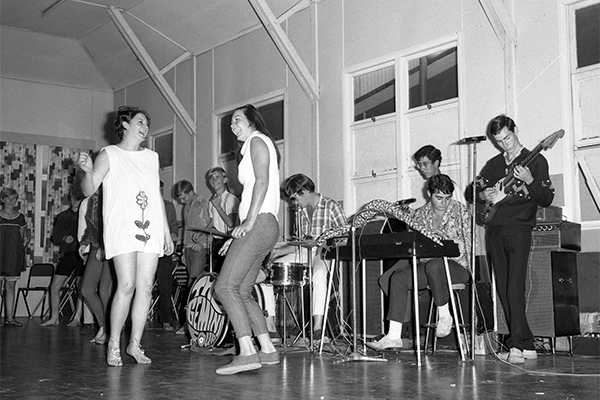 Lack of entertainment was a big deal for teenagers on the Sunshine Coast during the 1960s and ’70s.

There were few restaurants, even fewer live music venues and, until 1974, the drinking age was 21, so no nightclubs.

In June 1967, a crowd of excited teenagers packed into the Nambour Civic Hall for the Battle of the Sounds. It had been the talk of the town for weeks.

My 18-year-old brother, who only years earlier had been sporting a plastic Beatles wig, was among them, and his little sister was very jealous.

Brought to Nambour by local radio station 4NA, the Hoadley’s Battle of the Sounds was a national competition for aspiring bands. There were six competing that night, and the crowd was ecstatic, dancing “until late” to rock/pop bands which had never before graced the stage of the Civic Hall.

The Nambour group Gemini Four made it to the Queensland Country division but the national prize went to Melbourne’s The Groop, which had Brian Cadd on keyboard and vocals.

After that, the dearth of entertainment settled in again.

“I am writing this in the hope that some interest might be spurred and something done about the lack of entertainment facilities on the Sunshine Coast. There is entertainment for those under 12 and over 20, but what about the so-called troublemakers, the teenagers?

This group is important to a thriving surf centre such as our widely publicised Coast.

“The Gold Coast has adapted itself to this group by providing numerous discotheques and coffee houses etc and has been rewarded by increased numbers visiting and financing the area.

“Apart from the meagre efforts put forward by a few church organisations, any attempts in providing entertainment sources have been negligible. Nambour, in particular, is deprived, possessing only one theatre. This means the young people must go out of town for the little extra entertainment which is offered.

“For example, on Friday, July 21, the dance at Palmwoods was for an exclusive group who could afford evening gowns, the skating rink was overcrowded for its comparatively small size, one theatre wasn’t operating, and another was showing an R-rated film.

“I hope this single plea, backed by others, will stir some interest from local enterprises who would not only find this a profitable venture but would also provide the Sunshine Coast youth with a common, healthy form of entertainment by night as well as our beaches by day.”

I still have that letter, as well as the tattered typewriter copy of a speech I gave at a meeting called in 1973, to debate a proposal to establish a casino on the Sunshine Coast, basically suggesting the money would be better spent on providing entertainment for young people.

The boys were also complaining. They couldn’t even go somewhere for a game of pool as it was illegal to enter a hotel; and theatres (cinemas) were few and far between – when they could go, they had to pay adult admission but then were refused entry if it was an R-rated film.

Under Gough Whitlam’s Australian Assistance Plan (AAP), the North Moreton Region Interim Council for Social Development appointed a project officer and held a Workshop on the Needs of Youth.

The project officer, a third-year social work student from the University of Queensland, spoke to “a variety of people in the district – police, child care officers, national fitness and social workers who are concerned about the needs of our young people”.

Little came of it; the AAP was abolished in 1976, and nothing changed.

The peak of the popular Cotton Tree rollerdrome had passed by the time Chifley’s Hotel (pictured below) opened at Alexandra Headland in December 1974 (demolished 1998). It was an instant hit. 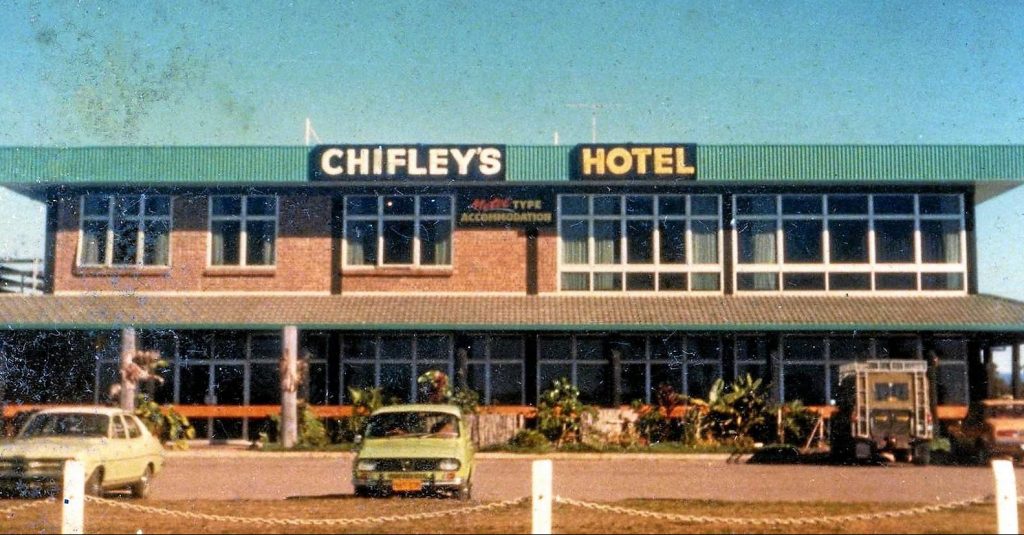 Surfair at Marcoola, which had opened as the Coast’s first upmarket hotel and convention centre in 1971, by mid-decade was finding its Sunday afternoon sessions with live music was striking a chord with the local crowd.

The Palmwoods Dance, usually with Ivy Garrad on the keyboard, lead singer Rex Eggmolesse and MC George Garrad as well as various other combinations of musicians and band names (such as the Blue Hawaiians and The Ingredients), was one of the few unlicensed venues even if the only hint of pop music was a raucous Gypsy Tap.

In 1976, the former Vogue Theatre became Maranatha Arcade with the Hack Shack fun parlour, Jaffle Inn snack bar and 500-seat cinema. There was also a Christian book and music shop and, run by the Christian Life Assembly as a family entertainment centre, it never really hit the mark for teenagers wanting to do their own thing.

By now there were trendy restaurants springing up as well, but that’s another story.

And then, at the turn of the decade, the Coast grew up – or maybe it was me.