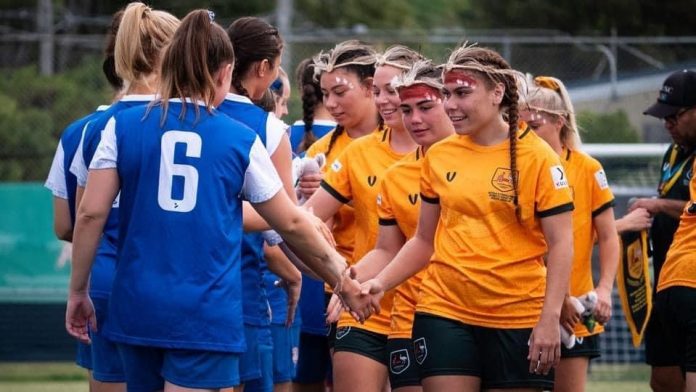 Australia’s best Indigenous football players are poised to test their skills during a special festival on the Sunshine Coast.

The national Indigenous representative teams, the Indigenousroos (men) and the Koalas (women), will collide with the Sunshine Coast Allstars rep teams in exhibition games on March 5, during the four-day Sunshine Coast Indigenous Football Festival.

Sunshine Coast Council Mayor Mark Jamieson urged fans and the general public to attend the carnival, from March 2 to 6.

“Sunshine Coast Council looks forward to the delivery of a first-class event, and congratulates partners Maroochydore Football Club, Queensland Indigenous Football, Football Queensland and Naree Event Management for providing such a great opportunity to showcase such an important major event for the region.”

Indigenous Football Ambassador and Patron Craig Foster said it was wonderful to see the Australian women’s football team, the Matildas, promote the Aboriginal flag at the recent Olympics in the Spirit of Reconciliation.

“Our fellow Indigenous people need to be front and centre of everything we do,” Mr Foster said.

“While preparation is always short, I know that the boys will come together and put on a great show for the people of the Sunshine Coast,” Mr Farina said.

Mr Dodd said it was special to see our Indigenous women represent at the elite level and be given the opportunity to represent their country and their community.

“It will be a fantastic showcase of Indigenous and local Sunshine Coast football talent,” Mr Cavallucci said.

“Football is the game of choice for all, for life, and events like this one provide valuable opportunities to unite our game through a celebration of culture and community.”

The action at Maroochydore will include official receptions, football clinics and a showcase of culture and family through the ‘World Game’.

The festival is partly funded by the Train Sunshine Coast project, which received $1.3 million from the Australian and Queensland Governments through the jointly Disaster Recovery Funding Arrangements’ Local Economic Recovery Program, established following the 2019 bushfires.