Book season: settle down with these compelling reads for summer

Book season: settle down with these compelling reads for summer

What to read this summer: an ultimate guide for holiday bookworms 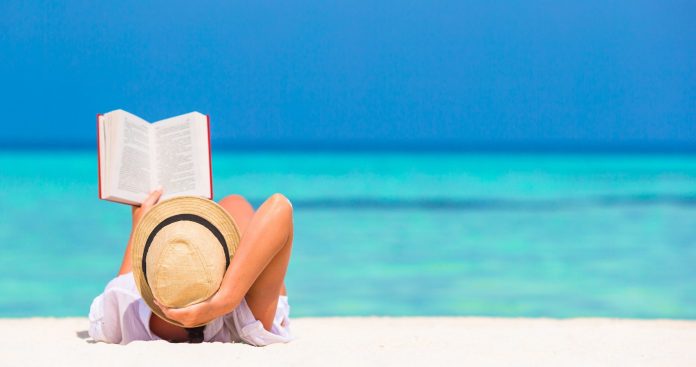 Many of us take advantage of the summer break to open a good book or settle down with our Kindle, and after the past couple of years we’ve all had, we could use some escapism.

But what to read?

Here’s some ideas to please all types of book lovers.

A quartet of great fiction 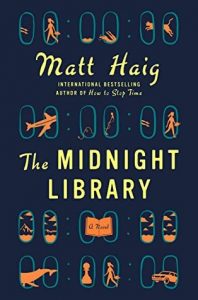 The Midnight Library by Matt Haig – Imagine you’re spending eternity in a library and each book in it represents a different path your life could have taken. Author Matt Haig cleverly blends literary with speculative fiction and comes up with this gem of a novel.

The Seven Husbands of Evelyn Hugo by Taylor Jenkins Reid – Reclusive Hollywood icon Evelyn Hugo is ready to tell all about her glamorous and scandalous life. But when she chooses unknown reporter Monique Grant to talk to, Monique is just as surprised as everyone else. When Evelyn starts talking, it’s a tale of ambition, forbidden love and those seven husbands.

Such a Fun Age by Kiley Reid – Alix Chamberlain is shocked when her babysitter, Emira Tucker, is accused of kidnapping while babysitting the Chamberlains’ toddler. Alix wants to make everything right, but things just go from bad to worse. The novel explores the complications of being an adult and the trickiness of transactional relationships.

The Godmothers by Monica McInerney – Eliza Miller grew up with a troubled mother, but she always had the support of her two attentive godmothers, Olivia and Maxie. Mixing drama with humour, and a touch of romance, Monica McInerney has created yet another great yarn. 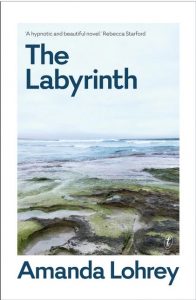 Miles Franklin Award winner: The Labyrinth by Amanda Lohrey – After Erica Marsden’s son is sent to prison, Erica escapes to a quiet coastal town where she starts obsessing over creating a labyrinth near the ocean. To do so she will need the help of strangers, who are also searching for meaning in their lives.

2021 Stella Prize winner: The Bass Rock by Evie Wyld – This stunning novel tells the story of Sarah, a woman in the early 1700s fleeing for her life after being accused of being a witch; Ruth, who is trying to build a new life after the Second World War; and Viv, a contemporary woman who is mourning her father’s death. All share a connection to Bass Rock.

2021 Booker Prize winner: The Promise by Damon Galgut – A family saga set over four decades, The Promise follows Afrikaans family the Swarts and the broken promise that continues to haunt the surviving family members as their numbers dwindle over the years. The author has been compared to William Faulkner and Virginia Woolf. 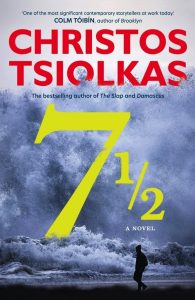 Seven and a Half by Christos Tsiolkas – The accalaimed author of Loaded, The Slap and Barracuda gets meta with his latest novel about an author who isolates himself in a coastal home to write a book. It’s a novel about finding beauty and joy in a world that is falling apart.

Apples Never Fall by Liane Moriarty – The four adult Delaney children are facing a dilemma – their mother is missing and the most obvious suspect is their father. But what should they tell the police? Apples Never Fall is the latest page-turner from this New York Times bestselling author.

Wild Abandon by Emily Britto – A young Australian, Will, heads to New York with one vow – he will say yes to everything. Will soon meets Wayne, a troubled Vietnam veteran, and the two form an unlikely friendship. But how will it end?

The Younger Wife by Sally Hepworth – Tully and Rachel are understandably shocked when their father announces he is marrying Heather, a woman as young as they are, while their beloved mother is still alive. But Heather isn’t the only one keeping secrets and the dream wedding doesn’t go according to plan. 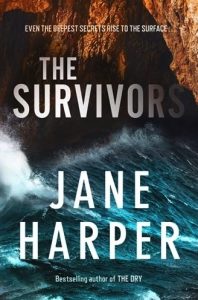 The Survivors by Jane Harper – Kieran Elliott is still haunted by a decision he made as a young man. When he returns to his small coastal home town, now as a husband and father, old wounds are reopened, and when a body is discovered on the beach near his parents’ home, secrets and lies threaten not just Keiran and his family, but also the whole town.

The Couple at No. 9 by Claire Douglas – Saffron Cutler moves into a new home with boyfriend Tom. The couple, who are expecting their first child, start on renovations, but when they uncover two bodies, the house of their dreams turns into a nightmare. 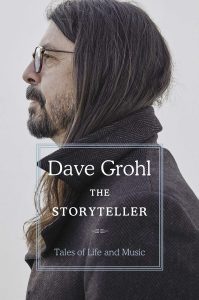 The Storyteller: Tales of Life and Music by Dave Grohl – Nirvana drummer and Foo Fighters founder Dave Grohl has finally written a memoir and it’s a cracker. Described as the nicest guy in rock ‘n roll, he is a natural storyteller, offering plenty of entertaining anecdotes with good-natured, self-deprecating humour.

A Life on Our Planet: My Witness Statement and a Vision for the Future by David Attenborough – The world’s most beloved natural historian has led an extraordinary life, and now into his 90s he offers this advice on our mistakes, and how we can rectify them.

This is Going to Hurt: Secret Diaries of a Junior Doctor by Adam Kay – Who would have thought that a collection of diary entries by a junior doctor would sell well over a million copies. But this book has and for good reason – it’s hilarious, disturbing and heartbreaking, but completely compelling.

What our local bestsellers are reading

Dragon Skin by Karen Foxlee – A wonderful story by an award-winning Australian author, suitable for older children and young teenagers. Fantasy touches the real world to bring about friendship and hope. 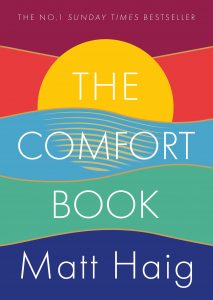 The Comfort Book by Matt Haig – This book is a gentle and inspiring collection of thoughts, anecdotes and suggestions to bring comfort to those feeling weary with life. Suitable for adults and older teens, this hardback would make a lovely gift as this popular author is not heavy-handed in his approach but still offers hope and light.

Little Bilby’s Aussie Bush Christmas by Yvonne Mes – A charming picture book with an Australian flavour to celebrate Christmas. Written in rhyme and featuring lots of native animals, the text and illustrations will captivate children for years to come.

The Last of the Apple Blossom by Mary-Lou Stephens – This novel by a local author is depicted through the eyes of a strong female character and is set in Tasmania in the late 60s and early 70s. It has as a backdrop the bushfires of that time and the impact of the EU stopping the export of apples to the UK. This is set against the stories of families and relationships navigating the struggles and joys of life on an apple farm. 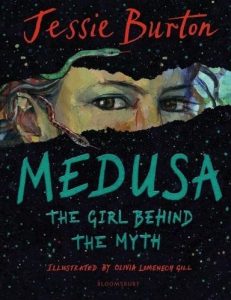 Medusa by Jessie Burton – Medusa was punished by an angry Athena, who changed her beautiful hair into a nest of snakes, and gave her the power to transform any person she looked upon into stone. The storyline of the gorgon Medusa has been cleverly changed, and rather than be horrified by this creature, we feel compassion for Medusa.

Devotion by Hannah Kent – A sublime, poetic novel from the author of Burial Rites. Hanne and her family flee religious persecution in Europe in the 19th century, and sail to the new colony in South Australia. Hanne is a solitary, nature loving girl with little experience of love, until she meets Thea, and finds that love can transcend all things, including death.

Lincoln Highway by Amor Towles – In mid-century America, two brothers plan to travel on the Lincoln Highway from Nebraska to California, but things don’t quite go to plan. Lincoln Highway is a big, fat, fabulous novel from the author of The Gentleman in Moscow, with an unforgettable cast of characters and evocative settings. Storytelling at its best.

Cloud Cuckoo Land by Anthony Doerr – This is a sweeping epic of interconnecting stories woven together with the threads of Cloud Cuckoo Land, an ancient folk tale. We meet characters from 1453 Constantinople, contemporary Idaho and an unknown location in the future in this compelling and hugely enjoyable tale of hope, love, storytelling and our place on this planet. I was totally delighted with this book.

Love Stories by Trent Dalton – Golden boy of Australian literature, Trent Dalton, set up a card table and two chairs in a few spots around Brisbane CBD this year, accosting passers-by, and asking them to tell him their love stories. He gathered a broad selection of stories of all kinds: romantic love, family love and the love found in deep friendships. Some stories are happy, others not so, but are told with warmth and compassion.

Graeme Bowden from The Bookshop at Caloundra 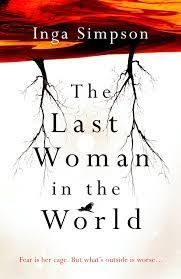 The Last Woman in the World by Inga Simpson – One of our very favourite authors, she is formerly of the Sunshine Coast. This book is just released and receiving great reviews. This book looks at how we are treating our world and each other.

A Place of Shadows: the History of Noosa by Phil Jarrett – A really well-researched and passionate history of Noosa. Terrific book.

Girt Nation: The Unauthorised History of Australia Volume 3 by David Hunt – This is the third volume of David Hunt’s bestselling history of our country that probably was not taught in school.

Support these local booksellers: Annie’s Books on Peregian, The Little Book Nook at Palmwoods, The BookShop at Caloundra, Berkelouw Books at Eumundi, Rosetta Books at Maleny, Harry Hartog at Maroochydore.