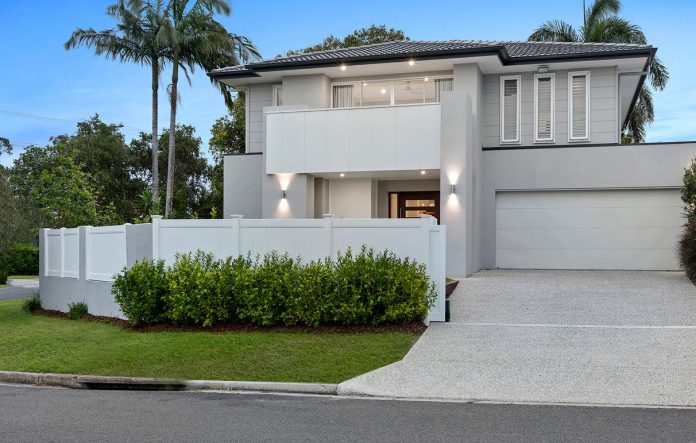 When it comes to dry block house sales, Mooloolaba continues to charge ahead.

The five-bedroom, three-bathroom “move-in-and-live” house at 40 Brentwood Avenue in Mooloolaba was the latest record-breaker.

It sold under the hammer for $2.1m to a Buderim buyer, moving down the hill to the beach.

“The last highest one was $1.85m early in the year,” Ray White agent Taylor Sierp said.

The crowd was out to watch six registered bidders – all locals – fight for a stake in what he described as “the most coveted street” in Mooloolaba.

“It’s 800m to the beach and the home is exceptional in terms of how it was designed and built.

“With not many knockdowns and rebuilds becoming available in that location, the buyers were happy to spend that little bit extra to get something that is ready and not have to wait 18 months or more for a builder to be available.”

Two Mt Isa teachers with three young children, including one born last Wednesday, are the buyers of the four-bedroom house at 58C Alfriston Drive in Buderim.

Listing agent Scott Henshaw of Define Property said there were nine registered bidders, including two from NSW and two from Victoria on the phone. They were quickly whittled down to four bidders.

The bidding opened with an aggressive $1.1m. It then took less than 10 minutes for the hammer to come down at $1.23m.

The three-bedroom home on the 1267sqm corner block at 2 Miljee Court in Buderim was ripe for a buyer with the drive and money to develop the original home into something magnificent.

The property has been in the hands of the owner, a teacher at the local school, for 30 years. 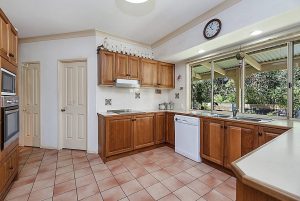 Get more property news direct to your inbox. All it requires is your name and email. See SUBSCRIBE at the top of this article.

“There were just three bids, a quick pause to negotiate, and then it was done.”

The house sold under the hammer for $1.025m to a local builder who will do a full rebuild.

“A big, prestigious home will go there,” Mr Loiero added.

Waterfront gem still up for grabs

Next Property Group’s listing of the five-bedroom house at 15 Moondarra Crescent in Mooloolaba passed in at auction on Saturday, at $2.5m.

Agent Richard Scrivener said the result was similar to last week’s auction of the five-bedroom house at 13 Myoora Court in Minyama.

“We had a lot of interested parties prior to the auction and a couple of offers prior, but they weren’t enough,” Mr Scrivener added.

Define Property agent Grant Whisker is confident the apartment market is still strong even though he was unable to welcome a new owner for 10/95 Parkyn Parade in Mooloolaba.

More than 50 people crowded in for the Saturday auction of the two-bedroom, two-level apartment which faces Mooloolah River.

Its rooftop is a perfect viewing platform for watching the annual Mooloolaba Christmas Boat Parade.

The eight registered bidders were from Melbourne, Brisbane, NSW and local.

The property passed in at $2.15m and it’s now under negotiation with the buyer likely to be an owner-occupier.

“I am confident we will reach an agreed price within the next few days,” Mr Whisker said.