'It was like she was posing for me': the noisy miner that stunned wildlife photography judges 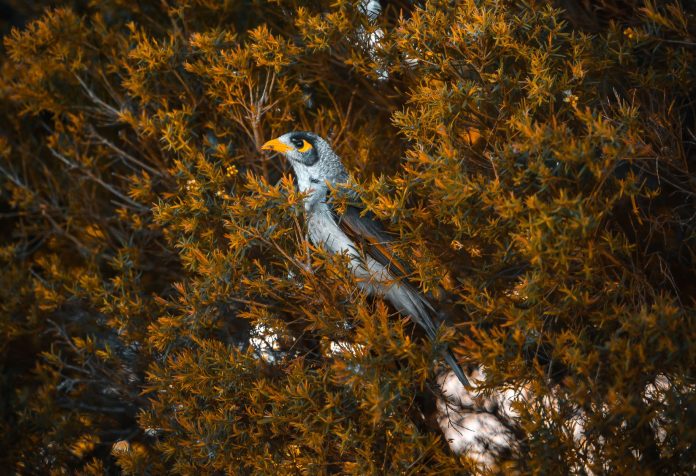 A University of the Sunshine Coast student, who bought a camera just this year, has captured a prize-winning photo.

Scroll down for more wild and wonderful photos

Highly commended were images of an osprey building its nest on USC’s Moreton Bay campus, taken by Alex Wells, and a damselfly by Sean Goss.

Madhav Anilkumar, of Maroochydore, said he only bought a camera this year to overcome the limitations of his phone camera in capturing special moments.

“I see wildlife all the time on my way to class, so I thought the competition would be an opportunity to show what I see every day,” he said.

“I had seen a few birds underneath a tree branch and decided to get a photo, but I did not have a long enough lens and they flew away.

“I decided to leave and get photos of a kangaroo, but I saw this little bird messing around the bush and to my surprise, she turned around and stayed still like she was frozen.

“I slowly got closer and captured that photo. It was almost like she was posing for me.”

Lecturer in Photography Dr Tricia King, who was on the judging panel, said the winning images demonstrated the value of photography in conservation and environmental engagement.

“They encourage us to take notice of species we may sometimes miss or ones we pay little attention to,” Dr King said.

“We found the standard of work very high overall and were impressed by the diverse and creative approaches the finalists used to showcase the rich biodiversity of our campuses.

“Madhav’s image of a noisy miner is beautifully composed and treated. It almost looks painterly in its colour and form.

“The image encourages us to take a closer look at a bird we see all the time across campus and pause to appreciate its beauty.

“The judges warmly noted the inclusion of the first photographs submitted to this competition from our Moreton Bay campus and highly-commended Alex Wells’ photograph of a male osprey.”

She said it was wonderful way to continue the work of the late Gerard Mills, not only on USC’s wildlife-protected Sunshine Coast campus but also at its Moreton Bay and Fraser Coast campuses.

Mr Mills became an Honorary Senior Fellow after devoting much of his life to education, art and photography.