Wave of support: surfing champion's special reason for returning to where it all started 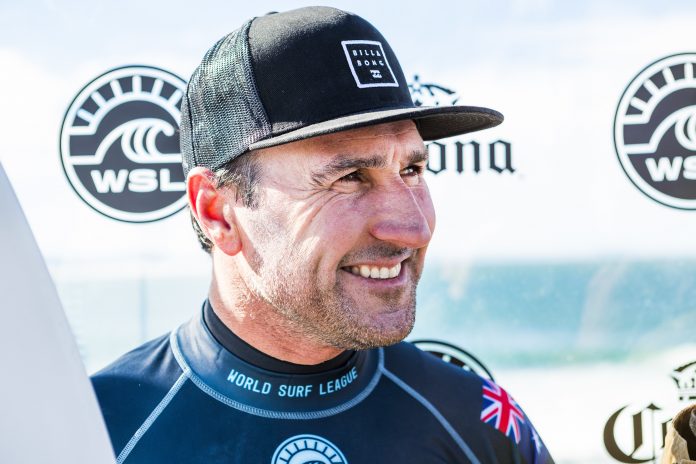 An ex-world surfing champion, who first honed his skills at a Sunshine Coast break, will be the guest speaker at special charity lunch on Friday.

Joel Parkinson is the main drawcard at the sold-out Board Meeting Surf Charity Legends of Surf Long Lunch, at Novotel Twin Waters.

Committee chairman Mark Skinner said the annual lunch would continue to raise money to support local kids, and their families, with disabilities.

Previously our biggest year of fundraising saw us raise $170,000 to help 150 families, which we have already smashed out of the park.

“This year we have over 600 people attending and 40 auction items all up.

“We are aiming to raise at least $50,000 at the lunch but I’m sure with the quality of our speakers and the generosity of our guests we’ll exceed all expectations.

“We’re so excited to have ‘Parko’ as our guest speaker at the lunch on Friday. He was born in Nambour and grew up on the Coast, where he started his surfing career before moving to the Gold Coast.

Parkinson forged his skills as a grommet at Moffat Beach, before going on to big things.

COVID-19 border restrictions will prevent board-maker/shaper extraordinaire Jason Stevenson from attending but it hasn’t stopped him from donating a custom-made board for local pro surfer Julian Wilson, which has been signed by all of the World Surf League tour surfers, to be auctioned off on the day.

Joining Joel on stage will be internationally-acclaimed surf photographer Simon Williams, whose work has graced the covers of magazines around the world.

Help us deliver news more by registering for our free daily news feed. All it requires is your name and email. See SUBSCRIBE at the top of this article.

‘Swilly’ has also donated some enlarged photos of ‘Parko’ for the auction, and will be on hand to explain in detail, the locations, conditions and equipment needed to capture underwater and nature shots.

Mark said the event will also include a speaker, who has previously benefited from the great work of The Board Meeting Surf Charity.

“Sally White is a Sunshine Coast local who has a child with a disability and she will also be in attendance to talk about how our charity has changed so many lives on the coast, including her own,” Mark said.

“It’s an inspiring story and I am looking forward to her sharing it with our guests.