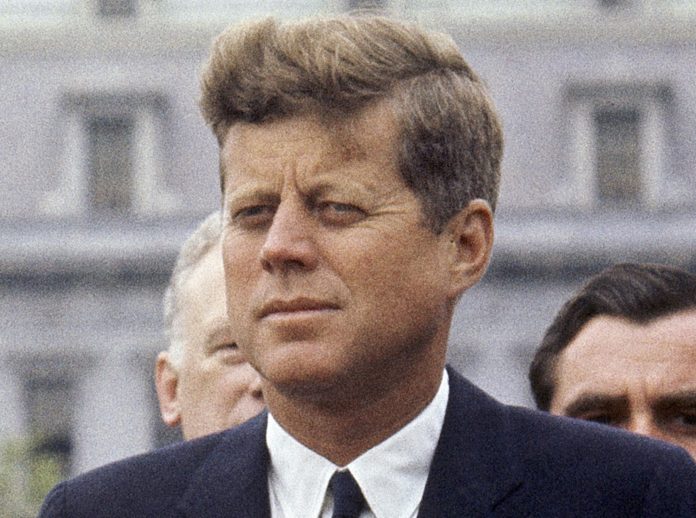 Machiavellian treachery on Australia’s doorstep played a key role in the assassination of a US president, according to a new book by historian Dr Greg Poulgrain.

In JFK vs Allen Dulles: Battleground Indonesia, the University of the Sunshine Coast adjunct academic looks at the conflict between US President John F. Kennedy’s Southeast Asia policy and what he says was Central Intelligence Director Allen Dulles’ plan for regime change in Indonesia.

Dr Poulgrain claims this conflict, which he describes as unscrupulous treachery by Dulles, was behind the assassination of Kennedy in late 1963 as well as the death of UN Secretary General Dag Hammaskjold in a plane crash in 1961.

The book will be launched at a public event from 10am until midday on Tuesday, November 23, in Lecture Theatre 5 at USC’s Sunshine Coast campus.

It is based on extensive archival research and interviews with people such as former NATO Secretary-General Joseph Luns, JFK’s Secretary of State Dean Rusk and Japanese spy Shigetada Nishijima.

He argues that the Indonesian crisis was deliberately prepared for him by Dulles.

“The dispute with Soviet-supported Indonesia over Netherlands New Guinea (NNG) – now the Papua and West Papua provinces of Indonesia – threatened nuclear conflict, just as Cuba did,” he said.

“Rockefeller oil interests wanted NNG to be part of Indonesia before the Indonesian president Sukarno was replaced with a military regime, because it contained the world’s largest primary gold deposit.

“A review of Kennedy’s pro-Sukarno stance in 1963 shows how seriously he was in conflict with the covert plan for regime change.”

He argued this would have secured Sukarno’s position as Indonesian president for life.

“JFK’s proposed visit to Jakarta in early 1964 to stop konfrontasi (low-level warfare by Indonesia to destabilise the proposed Malaysian federation), threatened to undo years of Dulles’ planning for regime change,” he said.

“Dulles intervened and there was an assassination of Dag Hammaskjold in the Congo,” he said.

The focus of Dr Poulgrain’s presentation at the book launch will be the events of 1965 and how the murder of six generals in Jakarta led to mass killing and Suharto replacing Sukarno as president.