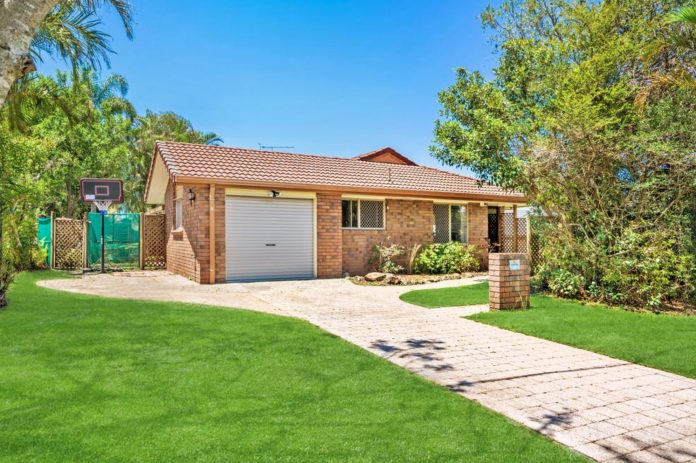 The desire of buyers to secure Sunshine Coast homes, either to live in or rent out, is intensifying as Christmas approaches.

It seemed the Fear of Missing Out (FOMO) phenomenon was in full swing during the weekend, as a high number of bidders turned out around the region.

There was a record sale in one resurgent Maroochydore neighbourhood, with a hot auction of a three-bedroom house at 14 Larkin Street.

There were a number locals in the bidding group, along with Brisbane and interstate contenders.

The property sold under the hammer for $1m to an investor from Brisbane.

“We have just hit new levels in that precinct.

“I think there are two reasons. This is an area that has been undervalued for a long time and people are starting to realise that. I have been saying this for some time.

“The other reason is I think there is potential to value-add to that property by putting a duplex on that site down the track.”

They were a mix of locals and investors from Melbourne, Gold Coast, Brisbane and Hobart chasing Coast value.

Some bidders will do just about anything to win

One bidder was clearly very determined to get in a winning bid for one of the several properties that Define Property’s Ross Cattle had up for auction on the weekend.

Picture yourself being stuck in the most unlikely of locations, fighting with a poor mobile phone signal and a hot auction. Can you feel the frustration of this poor fellow?

“He was out bush, standing on top of a mountain trying to get reception from there,” Mr Cattle said.

Sadly, the bidder missed out, this time.

The lure of lush acreage brought the buyers of 76 Old Gympie Road, Glenview, back to familiar territory.

They had moved to Little Mountain for a change of scenery but the 13-acre Riverglen property with its four-bedroom house, shed, tack room, sand arena and more was too attractive.

Listing agent Greg Young, of Greg Young Property, said the middle-aged couple missed the open spaces of acreage after living in the Caloundra area for 10 months.

“They are going to agist horses there,” Mr Young said.

“When the auction was on, all these young girls were sitting under the tree. I asked what they were doing there. The buyer said they are all the people who want to bring their horses here and hoping ‘I buy the house’. It was like a little fan group.”

The house sold post-auction and was subject to finance.

“It’s a good price and it’s what you would expect to pay,” Mr Young said.

Mr Smith said it was a “negotiation-filled” auction between five Queensland-based bidders – three from the Sunshine Coast, one from Mackay and one from Brisbane.

The hammer finally came down at $1.35m, with a young Brisbane family finding their new home amongst the bushland setting.