For decades, all roads led to this regional powerhouse

For decades, all roads led to this regional powerhouse

Driving force: for almost a century, all roads led to this regional powerhouse 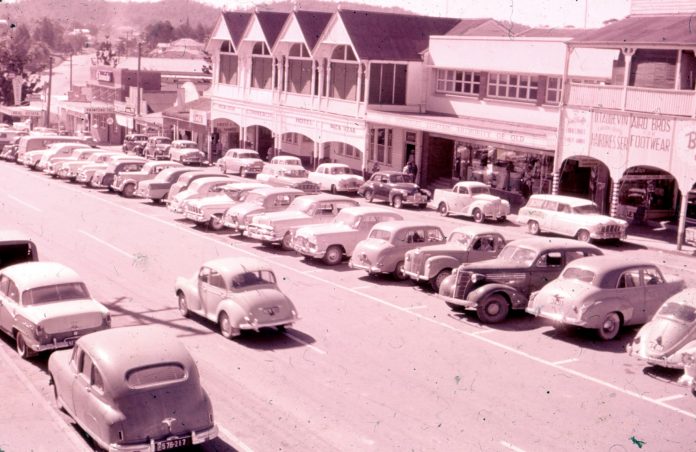 For most of the 20th century, Nambour was the capital of the Sunshine Coast.

The town was home to commercial, health, education, law and order, banking and government services for communities from Caloundra to Noosa, the coast to Kenilworth.

For decades, all roads led to Nambour. It was the home of the Maroochy Shire Council chambers, a town hall, police and courts, the region’s major hospital and a major employer, the Moreton Central Sugar Mill.

It had grocery stores, pharmacies and major banks and was a thriving country town where people came from far and wide, often once a week, to shop and do their business.

It was the beating heart of the Sunshine Coast. 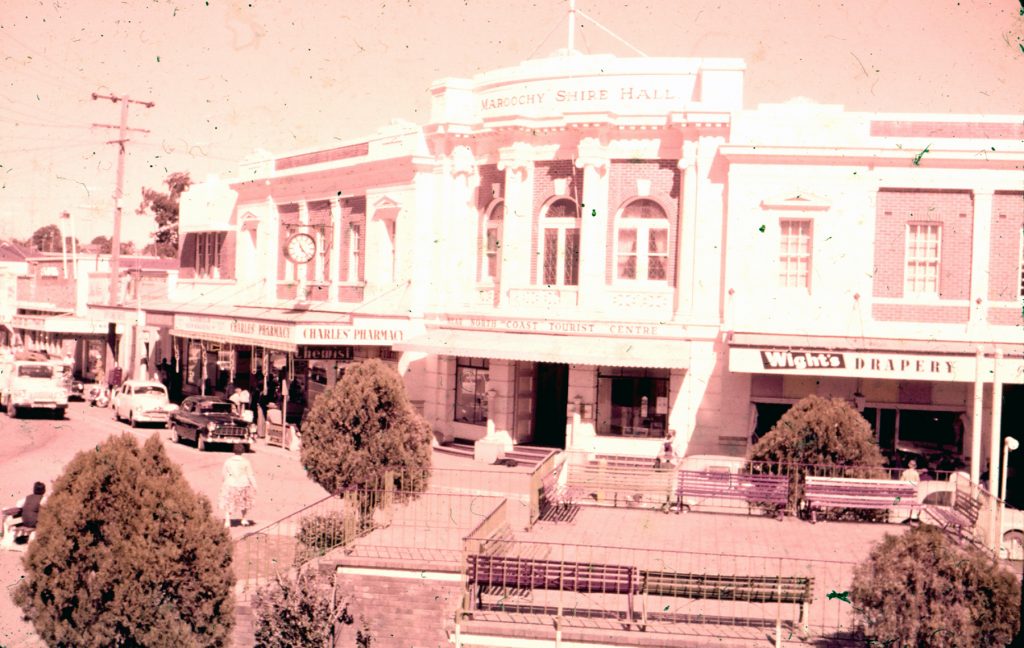 In his book, Surveying My Life, former Maroochy Shire Chairman Fred Murray details the town when he arrived in 1946, a time when Nambour had a population of about 3000 and was essentially just one main street, Currie Street.

For those with fond memories of Nambour, take a walk along Currie St, starting in the south on the eastern side:

From the Catholic Church and convent, head past the Salvation Army tabernacle and Dai Rees the baker. Cross Maud St heading past the Methodist Church, which was destroyed by fire in 1987, and its attached block of shops, to the Post Office, a weatherboard building and home of the PMG. The telephone exchange was later built behind the post office.

Scroll down for more flashback photos

Continue past the Nambour Co-operative Society grocery store, built in the late 1940s, and Alan Glasgow’s jewellery shop to Nev Edmiston’s chemist shop and the Commonwealth Bank (later the library).

Next is the sports store opened by the Kittle family and later acquired by Ray Turnbull, and then the Bank of NSW, a landmark federation building.

Cross Howard St to Bayards and head past Jim McDermott’s Electrical Shop, later taken over by Ian Jones when it became the go-to music store for LPs in the 1970s.

Then came Dinny Freeleagus’ cafe and Chadwick’s dress shop. On the first floor, a photographic studio was later occupied by Bill Robinson.

Whalley’s Emporium, destroyed by fire at the end of the 1940s, was the largest shop in town and was virtually a junior Myers, selling everything from a toothpick to a truck.

Crossing Lowe Street, the Commercial Bank, with its concrete, bricks and mortar had survived one of Nambour’s biggest fires to that date.

After crossing the road to Ron Lanham’s service station at the corner of Price and Currie Streets, pass Glover’s produce store, a fish and chip shop and bootmaker, Bill Potter, a former Australian boxing champion.

The Royal Hotel was on the corner of Station Square and was never rebuilt after it burnt down.

Across the square, John Doran ran one of Nambour’s busiest grocery stores below the Maroochy Shire Council Chambers and beside the newly established chemist shop of Gordon Charles.

Pass the Municipal Library, McDonald’s toy and hobby shop, solicitors E.B. Fox & Sons, and the real estate office of Vic Day and Jim Grimes to the Club Hotel, Nambour’s newest hostelry, having been reconstructed after a fire in 1938.

Crossing Mill Street, there was the dilapidated Royal George Hotel which did a roaring bar trade, particularly during the cane crushing season.

The Vogue Theatre came later but in 1946, the Returned Soldiers’ Garage, the biggest motor business in town, occupied a double frontage to Currie Street and Bury Street.

Marshall’s Garage was the local dealer when the Holden first came on the market.  The business was later purchased by Fred Williams who, in the late 1950s and into the 1960s, was one of Nambour’s most dynamic car salesmen. 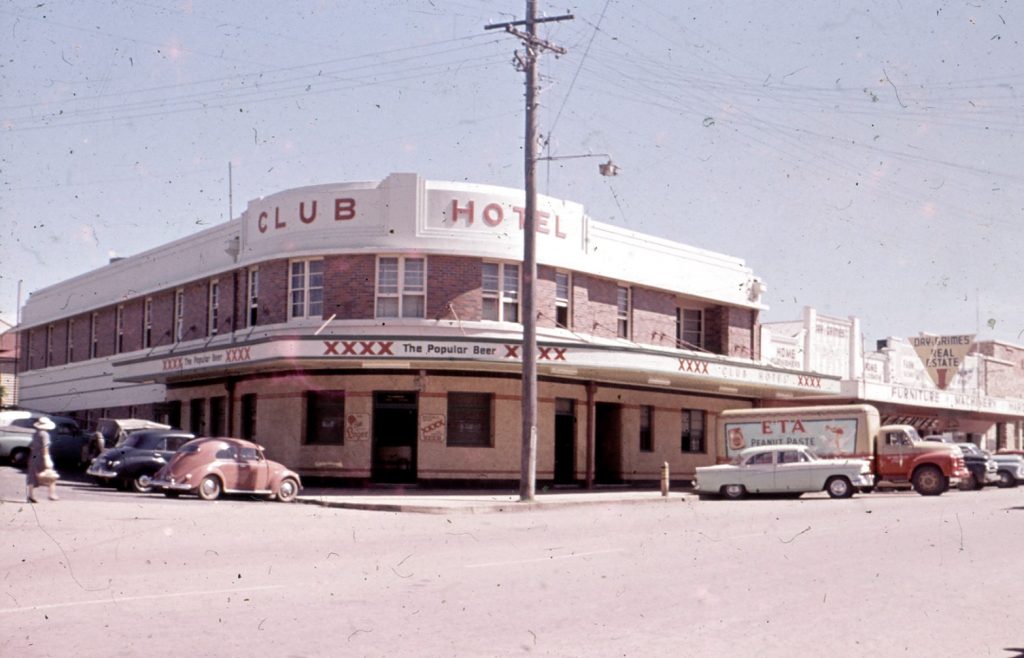 Continuing past Bury St was the Baptist Church, and the home of Dr Short, who was the Government Medical Officer and the funeral parlour of E.C. Thomas & Son and a big old timber building housing Lynch’s store.

A wooden police station was on the site now occupied by the Nambour Court House and beside it was Selangor Private Hospital.

More than two decades later, it was still much the same. Many who knew Nambour in its heyday, will remember most of the businesses still existed well into the 1970s, but by the turn of the millennium, the sugar town had handed supremacy to Maroochydore.