Sweet memories: when summer brought fields of fire, sugar and prosperity to the Sunshine Coast 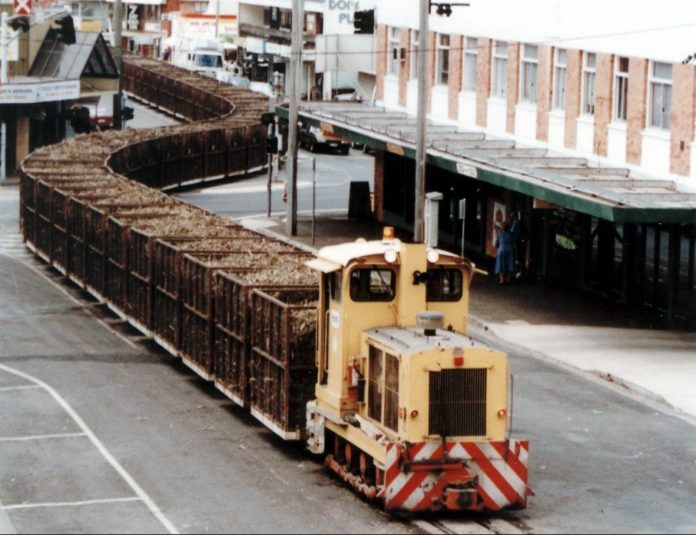 For a century, the air around Nambour filled with the heavy scent of sugar at this time of year.

As the weather began to warm up, summer was heralded by spectacular canefires from Valdora to the Bli Bli Valley.

When it was time to harvest, the Moreton Central Sugar Mill cranked up for another season.

The orange glow of the fires could be seen from miles around, even the Blackall Range. The fires were such a mighty display, they could draw a crowd of spectators.

Once the burst of red and orange faded, the black cloud of smoke lingered across the valleys and gradually dropped until cane trash, fine slivers of burnt offerings, floated on to washing not hurriedly brought in, rooftops and even the shelves of the shops. 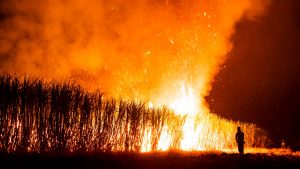 Cane season had arrived and soon the little engines would be hauling their loads down Howard Street, Nambour, bringing traffic to a stop in the main street, while they crossed on their way to the mill.

The cane trains were part of Nambour’s identity, and for decades brought tourists to the town to watch them pass.

Before the highway bypass was built, Currie St was part of the Bruce Highway and traffic would back up as everything stopped and the cane trains rolled through.

Cars, too, would get a fine coating of black train litter while they waited. This was Nambour, “The Friendly Town”.

The sugar mill played a big part in the town’s development from the day the Moreton Central Sugar Mill Company was formed in December 1894, a year after the Sugar Works Guarantee Act was passed. 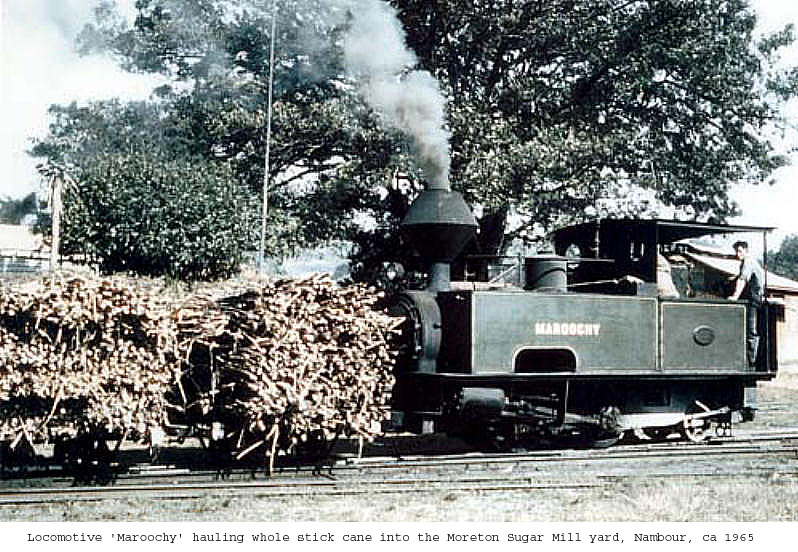 It provided the money for central sugar mills to be built to cater for many farms in one district.

Construction began in 1895, on a site near the North Coast railway in the settlement of Nambour, where Matthew Carroll had taken up Portion 22 near today’s Nambour Showground as the first selection in January less than 30 years earlier.

Integral to this new industry, was a network of tramways connecting the mill with the cane farms.

Horses and then steam locomotives hauled the wagons of cane, often leaving a trail behind them as loads were only tied on to a flat bed with four corner posts.

By 1905, there was 42km of permanent tramline and in 1911, a branch line was built to the Maroochy River and then a bridge to connect the northern cane areas in 1921. In the late 20th century, cane was still being brought in by road from the North Arm and Yandina Creek areas.

Sugar cane production boomed from the 1950s and by the 1970s was easily the biggest industry in the Maroochy Shire. 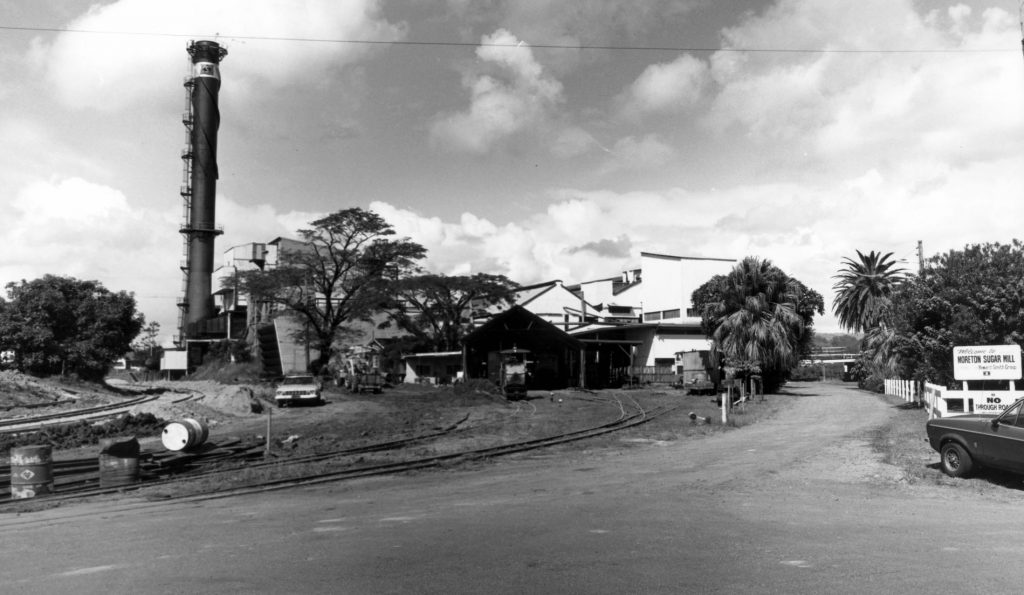 The end was set in motion in the mid-1980s when growing competition from sugar beet in Europe caused a depression in prices and tourism took over as the shire’s most lucrative industry.

Increasing demand on land for housing meant the real estate value of land was pulling ahead of its production value. More than 1000ha was to be lost to cane growing during the next 25 years.

This was followed by sale to the Belgian company Finascure in 2000. 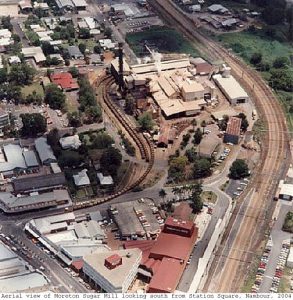 The Moreton mill closed on December 3, 2003, and was demolished a year later, ending an era for Nambour and for many, a lifetime of employment for themselves and their parents.

There was no more mill whistle to set clocks by, no more whiffs of molasses, no more cane trains in the streets – and no more cane litter.