'I knew something had to change': trailblazing Coast nurse takes out national health award 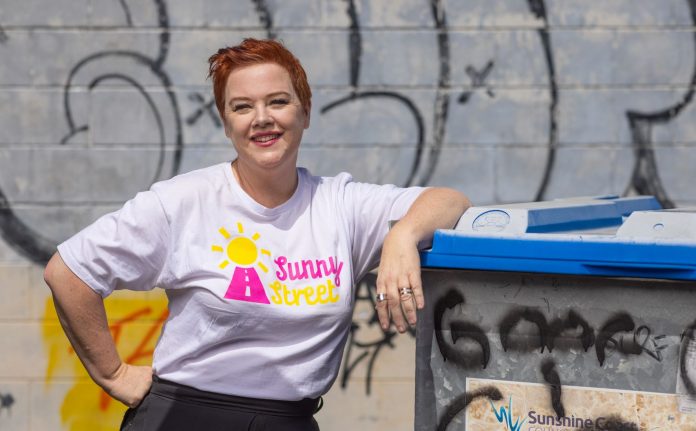 The co-founder of a Sunshine Coast medical outreach service that gives much-needed support to people living rough has been honoured with a prestigious national award.

Sunny Street’s Director of Nursing, Sonia Martin, has been announced as the 2021 Winner of the prestigious Health Minister’s Award for Nursing Trailblazers.

This was awarded by the Federal Minister for Health and Aged Care, Greg Hunt, in recognition of her commitment to providing equitable health care services to people experiencing poverty and homelessness.

The only award of its kind in Australia, the Trailblazers Award is administered by the Australian College of Nursing (ACN) and acknowledges that nursing has the solutions to many of the problems that plague the Australian health and aged care systems.

“This award is actually a win for all of those people who are doing it tough or sleeping rough.  We started Sunny Street with a passion and determination to be the catalyst for change and the people we serve and care for are the reasons we exist – they are the reason I have won this award,” she said.

“When I decided to walk away from her permanent public health sector managerial role at the Sunshine Coast University Hospital in 2018 it was because I knew I had to do something to address the gap in provision of care for people experiencing poverty and homelessness in Australia.

“I knew that something had to change in the way we care for vulnerable people that are homeless and while I loved working in the hospital, I knew that finding a solution needed to start at grass roots level on the street, simply by having conversations with those living rough.

“Dr Nova Evans and I spent an enormous amount of time on the streets, working out of the boot of our car, just talking to people and listening to why they were there and what their biggest fears were.  I was shocked at how many people, who needed medical care, had not engaged with health providers for years, and who despite needing help, had become invisible. It was quite heartbreaking.”

From the very beginning Ms Martin identified that people often just wanted someone to talk to as being homeless often means people are isolated and lonely.

“When I worked in the hospital as a Nurse Unit Manager, I noticed the large number of representations to the Emergency Department from vulnerable and homeless people and it occurred to me that many of these people just needed somewhere they could go for a meal, some health care and some kindness,” she said.

“This adds enormous pressure on Emergency Departments, and in offering an alternative place for people experiencing poverty or homeless to go, we are helping to ease that budren.”

What started with the desire to be a change maker back in 2018, Sunny Street now employs 35 staff, has a volunteer workforce of over 150 and to date has provided over 30,000 conversations and consultations to vulnerable Australians. Sunny Street has just opened its first clinic in Maroochydore that will offer priority care and support to vulnerable patients.