Secret to being successful when times are crazy

Secret to being successful when times are crazy 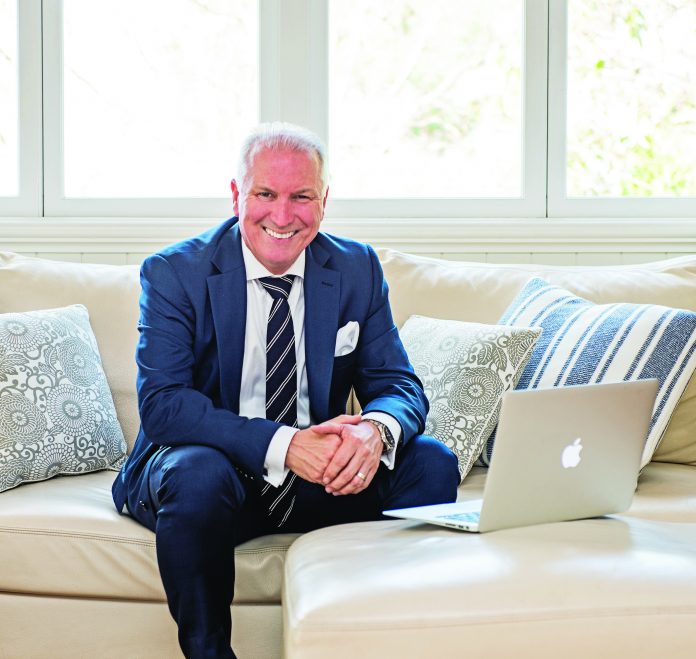 As a global keynote speaker on high-performance leadership and business growth, Keith Abraham has spoken to 1.7 million people in 33 countries over the past 25 years.

But when COVID hit, even he was stumped. His public speaking engagements ground to a sudden halt and he found himself having to put his money where his mouth is and adapt.

“I’d normally be speaking at 100 conferences a year and be booked 12 months in advance,” he says.

My conferences cancelled in the space of 10 days and I found myself rocking back and forwards in the corner for a day or so. I thought, what’s going to happen? I had a big drink and said: ‘You know what? Where there is chaos and confusion, there is also opportunity.’

Being a solutions-focused kind of guy, he picked himself up and dusted himself off. Then he set about researching home studios to see if it would be viable to take his business online.

“I did about 40 hours of research into studios — I’d never needed one before. I built a studio and now there isn’t a border in the world that I can’t cross with relative ease. It’s not TV quality, but it’s a hell of a lot better than anybody ever sees a presenter like me using.

“Last year, I presented in 29 different countries to about 32,000 people and never left home. Some weird things happened. One job was with a company out of Zurich. They had people turning up from Rio, Dallas, Los Angeles, Tokyo, Bangkok, Mumbai, Zurich, London and South Africa.

“Something really funky was I got a call from a guy in South Africa. He said he wanted me to present virtually for his conference in the US, but would need it at least three months before.

“I asked why and he said it was for a big Amish community. He said they don’t do anything with technology and they’d have to send it to the elders, they would have to review it, translate it, approve it and then run it like a movie in one of their community halls. I thought, shit, I’m big in the Amish community now.”

“The difference between those who succeed and those who don’t is adaptability, clarity of direction and absolute intensity of focus — blocking out all the distractions,” he says.

“People get pissed off or joyful or sad or confused — that’s all understandable. It’s what you do next that matters. What I’ve seen for the people who’ve been successful during crazy times is they’ve had a mindset around, okay, what’s next, how do I adjust, what can I control. Too many discussions around the ifs, buts and maybes doesn’t serve anyone.”

One of Mr Abraham’s pet topics for discussion during his public talks is how to set and achieve goals, but that’s been difficult — if not impossible — for many people during the past 18 months.

“Where there is uncertainty, chaos and calamity, people need clarity,” he says. “It’s hard to have a long-term goal when you really don’t know what’s going to happen around the corner.

“I talk a lot about having long-term goals. My suggestion at the moment is to have clarity around what you can control. Control the controllables. Just take it day by day.

“We don’t know what’s going on with vaccination rates, borders opening up — it’s all totally out of our control and it can totally mess with your mind because it’s a different story every other day. With that, you have to come back to what you can control in the days and weeks ahead.

“You’ve got to have a vision for the future, but really, you’ve got to live for today. When there is a lot of uncertainty around, day by day, control what you can today and have purpose for today. As things change and evolve and modify, you can have a bit bigger vision.”

Thanks to Mr Abraham’s international touring schedule being on pause, the Brisbane-based speaker will be presenting at the upcoming Shine Business Women’s Step Up! Conference, which organiser Zoe Sparks says is a huge bonus for the Sunshine Coast. Instead of jetting off around the world, he’ll be driving up the Bruce Highway to impart his pearls of wisdom to Sunny Coast business women.

“When I speak at Shine, it will be all about goal achievement,” he says. “I’ve done a fair bit of research around what stops people achieving their goals, what drives them forwards, what pushes them to do the uncomfortable and inconvenient.

The Step Up! Shine Business Women’s Conference is on Friday, October 22, at the Mercure Sunshine Coast, Kawana Waters. For more information visit shinebusinesswomen.com.