Mass transit gets green light, with this ‘strong’ message

Mass transit gets green light, with this ‘strong’ message 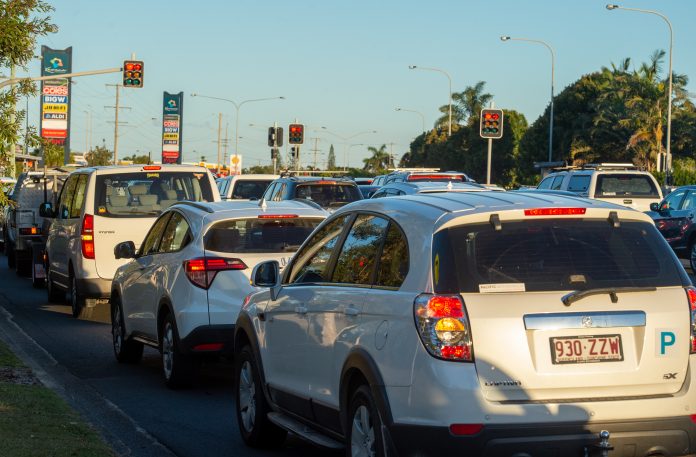 Sunshine Coast Council has given the green light to push ahead with its Mass Transit Project, but will emphasise to the State Government that there was “strong” opposition to light rail in the community.

At a marathon special meeting on Wednesday afternoon, councillors voted 8-to-3 to progress to the next stage, referring the project to the State Government to complete a Detailed Business Case.

The State would then decide which of the five transport options — high-quality bus corridor, trackless trams, light rail with wires, and wireless light rail — was the best “value for money”, however, the council would retain “a strong degree of influence”.

Once funding was secured from State and Federal Governments, work could start on Stage 1 from the Maroochydore CBD to Sunshine Coast University Hospital (SCUH), by 2025, taking up to three years to complete around 2027.

Cr Winston Johnston moved an amendment to the motion, which was passed, to note that there had been “strong” community opposition to light rail with wires. A majority of councillors supported the amendment in order to send a clear message to the State Government.

However, the mass transit system would not be the only transport solution pursued on the Coast, with the regional rail CAMCOS proposal that has been on the cards for 20 years considered just as important, plus improving the bus network.

Council’s urban growth program director, James Coutts, told councillors that mass transit was only stage 1 of a broader Master Plan that included pushing for upgrades to the Beerwah to Nambour rail line, advocating the CAMCOS corridor and rolling out a high frequency bus network.

Cr Joe Natoli failed to have light rail removed from the list of options over community concerns the tracks, wires and poles would ruin the ambience of the beach between Maroochydore and Alexandra Headland.

He told the meeting that people from those suburbs were not against fixing traffic problems but were worried light rail would pave the way for highrise along the beach where “the sky’s the limit”.

A number of councillors raised concerns about light rail specifically, but said they felt the Coast needed to stay on the road of exploring all transport options before making a decision on which was best.

The meeting also heard some councillors’ views that certain public campaigns against light rail had been spreading “misinformation” and “scaremongering”.

Councillor Ted Hungerford said light rail was his least preferred option of the five but a decision had to made on facts not emotion and fear.

“What disappoints me is community opinions that are built on fear and emotion mislead and deceive and do not make for good decision-making,” said Cr Hungerford.

Deputy Mayor Rick Baberowksi said congestion on the Coast was spiralling and mass transit offered a solution, not only to traffic but the housing crisis.

“Mass transit means more housing options — not highrise — but mass transit can be part of the solution to the housing crisis,” said Cr Baberowski.

He said the results of the council’s public feedback revealed most suburbs were in favour of a mass transit system.

“If anything this survey demonstrates that even in the face of large co-ordinated campaigns largely on misrepresentation, most Sunshine Coast suburbs support the process moving forward.”

The meeting heard that none of the LNP state MPs who had been publicly fighting against the mass transit project had accepted the mayor’s invitation for a private briefing on the project.

Mayor Mark Jamieson said the Coast had been working on a mass transit proposal since 2011 after inheriting the legacy from previous councils (before amalgamation) that did not work together to plan for traffic growth.

In those days, light rail was the only option.

Cr Jamieson said State and Federal governments had also failed the Coast, which was why the council was “standing up for our constituents” and finding a way to keep people moving.

The mayor repeated an often quoted statistic that the Sunshine Coast now has the second-highest ownership of cars in Australia, behind Perth.

Without a mass transit system that enabled and encouraged people not to drive, he said the arrival of 200,000 news residents over the next 20 years would choke the region.

Mayor Jamieson said Wednesday’s meeting was not about making a final decision on the type of mass transit system the Coast would have, but giving the green light to explore all five and select the best.

He added that he did not accept the LNP’s “sermons” that the Coast had to choose between mass transit and CAMCOS.

“What we are considering today is an Options Analysis. We’re not deciding on what type of transport solution should be delivered to the Sunshine Coast.

“We’re not deciding the final route for whatever is eventually delivered. We’re not rejecting CAMCOS, as I’ve said earlier, there’s no competition.

“And we’re not proposing any amendments to the Planning Scheme.

Cr Maria Suarez said light rail was not her preferred option but the Coast needed a solution that would save people time and money.

She raised concerns about residents in her division having to catch two modes of transport, first catching a bus to the mass transit nodes.

“I don’t support the entire report but I do feel we need to take the next step and take fate into our owns hands,” she said.