A big hit: the cafes where coffee sales peak just before midnight and give health staff a lift 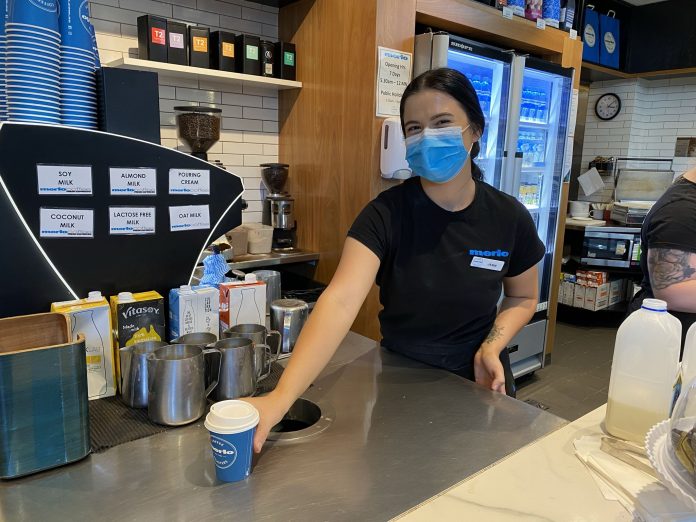 And while demand is high in the traditional morning periods, it seems many of the hard-working hospital staff rely on a caffeine hit from Merlo’s to help get them through the night, with their cafes reporting a spike in sales at 11.45pm just before they shut at midnight.

Merlo’s brew has proved so popular in the precinct that they now have two coffee shops operating just 50m apart.

“We were getting a bottleneck of people queuing up and obviously that caused issues with social distancing, so we decided to open a second store,” Operations Manager for Retail and Catering at the precinct Matthew Reid said.

“We needed it to take the pressure off the original store, so we opened a second café in April this year and it’s just gone gangbusters.”

Merlo Founder, Dean Merlo, said it was great to see the Sunshine Coast community had an affinity with Merlo coffee.

“We are proud of the product we produce. Customers know they are guaranteed a quality coffee,” he said.

“In the first week it superseded the café it replaced,” he said.

“The staff are friendly and coffee service is fast and to be honest, Merlo and its blue and white colours are simply a recognised brand.”

The two Merlo’s cafes are now grinding their way through 100kg of coffee every week, with both venues open seven days from 5.30am to midnight.

“Demand is high in the hospital precinct because you have shift workers, new parents and people visiting patients,” Dean said.

The most popular coffee purchased is a medium flat white but it appears we’re also a health-conscious bunch on the Coast, with 22,500 almond lattes sold in the last financial year, making it the number one choice for alternative milks.

And as an added bonus, Merlo’s cafes use single wall compostable cups, proving their takeaway brew is an excellent choice for the environmentally conscious caffeine fan.