Voice of history: when 4NA and Geoff ruled airwaves

Voice of history: when 4NA and Geoff ruled airwaves

Voice of history: when 4NA and Geoff the radio man ruled the Coast's airwaves 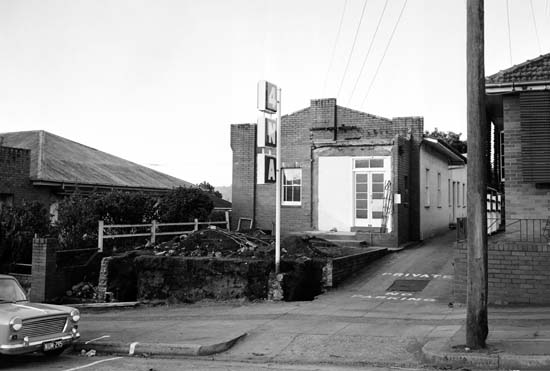 For more than two decades, Geoff Malcolm was the voice of the Sunshine Coast, reporting the news and along the way becoming a witness to the region’s history.

The Sunshine Coast’s first commercial radio station, 4NA, went to air at 8am on October 9, 1964, broadcasting from the Nambour Civic Hall.

In February 1968, a young announcer who had started his career in Gympie in 1964 before moving to Tamworth, returned to the warmer climate of home.

Geoff Malcolm joined the team – which included two Tamworth colleagues, Brian Anderson and Grant Goldman, as breakfast announcer – and switched to the news desk from 1985-89.

He arrived during the heady days, when radio and a bi-weekly newspaper were the only source of news. Broadcast was in the box seat because it was the only instant news.

“Radio 4NA came into its own during the floods and power strikes. People would call us to advise what was going on in their area and it ended up that we could tell the police, SEQEB and even the RACQ what was going on,” he recalls.

“In the end, they were telling people to listen to us because we knew more than anyone else and were well and truly up to date with everything.”

With no daily newspaper or TV station, there was a morning segment for power outages and funeral notices. Many will remember the dirge played after the 7am news before the daily announcement.

“I had to check every morning before 7.05am in case (funeral director) Digger Thomas had slipped any notices under the front door at the last minute and he would tell me off if I missed them,” Geoff says.

“I remember when Jack Kenny from Wimmers Cordials (pictured below) died. I had it all set up to read the announcement then realised the first song after that was going to be Jack in the Box, so there was a last-minute change. You had to be very careful what you played after the funeral notices.” 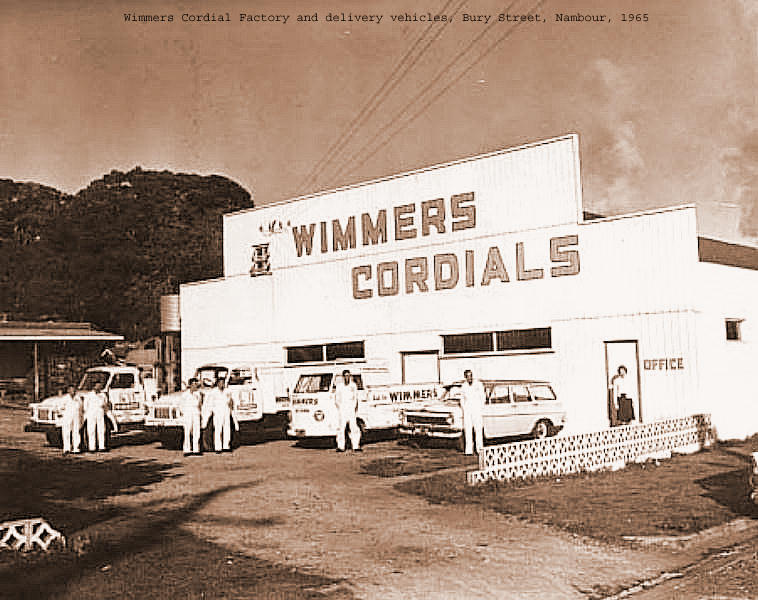 It was a big day for 4NA when its frequency was changed from 1320 (which was also its phone number) to 830. Until then, the transmitter was at Palmwoods and Buderim blocked the signal to Caloundra.  The transmitter was moved to Bli Bli and Caloundra’s access picked up.

Although the Coast was still in its infancy, Geoff had more than his fair share of celebrity interviews and scored the only Australian interview with actor Sean Connery when he was holidaying at the Butterfly House in Parkyn Parade, Mooloolaba, with his wife Diane Cilento and her family in 1970.

“The station manager Pat Maher told me I had no hope of getting the interview as Connery had made it clear he wouldn’t be doing any while he was in Australia,” Geoff says.

“Jean Hamer told me he was playing golf at Headland Park, so I spoke to Lady Cilento and Diane and locked in a half-hour interview for 10am on New Year’s Day, 1970. Connery was quite hungover as he had had a big New Year’s Eve at the Boolarong the night before. 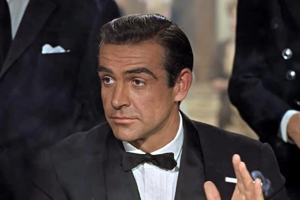 “I asked him about his latest movie Shalako, and said he had been compared to Gary Cooper. ‘How does that make you feel?’ I asked. And he replied, ‘I don’t mind, except that Gary Cooper is dead’.”

The late 1960s and early 1970s, was also a time when the Maroochydore Pub ruled for live entertainment and one of the regular guest artists was legendary rocker Johnny O’Keefe who packed the place to the rafters with 1100 people on a Saturday night.

“JO’K could get cranky very quickly. One night he realised he had forgotten his bowtie and wasn’t happy. I was the MC so I gave him mine. When he returned a year later he brought one back for me.

“Another time his car wouldn’t start and I helped him push-start his red Pontiac Firebird down the Mooloolaba Esplanade. He came up and did a half-hour program at the station for me.”

John Farnham, Russell Morris and others also played the Maroochydore pub. At one stage it lost its licence because it was too noisy. O’Keefe was due to play and when told he couldn’t, he went straight to the police station and the licence was reinstated for the night.

Geoff was sitting high in a cherry picker to give a blow-by-blow description of events when Prince Charles and Lady Di visited the Big Pineapple in 1983. 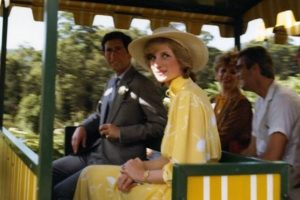 “She only had a bit of chicken and lettuce for lunch,” he recalls.

He talked to Patrick McNee, the umbrella-wielding star of The Avengers at the Palm Fronds Motel in Caloundra; comedian Paul Hogan when he came to the Police Youth Club ball in Nambour and Judith Durham of The Seekers when she lived on the Coast.

It was a time when local radio gave all the local reports from the stock market and fruit and vegetable prices to fishing, boating and surf reports and everyone tuned into the serials, such as Dad and Dave.

There was the big cricket match between India and the West Indies, the Sydney-Mooloolaba Yacht race, and the Trans-Tasman power boat race when Stefan’s pink boat roared into Golden Beach.  Pomona’s King of the Mountain ruled and “people were stashed all over it” to report on the race.

“One year we did a news story about a meteorite hitting Mountain Creek. It was made of chicken wire wrapped in alfoil and with dry ice to make it smoke,” Geoff says. “The police knew about it and it drew a huge crowd. We even interviewed a professor from Canberra who confirmed the meteorite landing. People were told to stay away but of course they didn’t.”

Another year, there was a petition to shave two metres off the top of Mountain Coolum so the Japanese could land and bring in all the tourists.

A promotion in the mid-80s saw a petition circulated seeking to have the ‘E’ added to the SS Dicky as the name was too rude.

In 1984, 4NA became 4SS. Just as the Gold Coast had applied for 4GC and ended up with 4GG, the Sunshine Coast’s application to become 4SC was denied.

Geoff left in 1989 and after a stint in television is now happily retired.