Why boys and girls have different learning needs

Why boys and girls have different learning needs 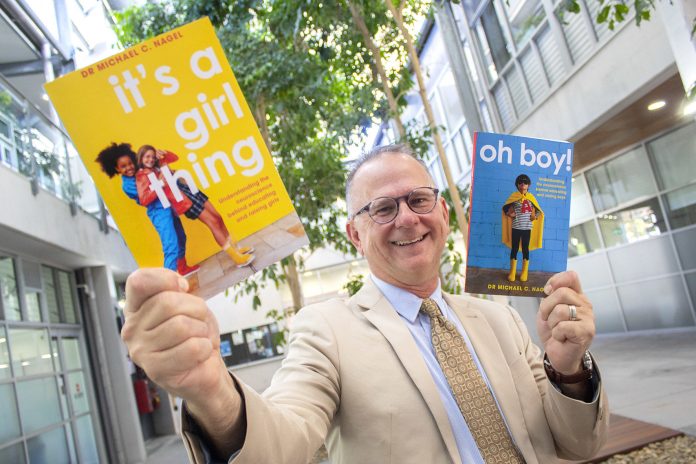 A child development expert at the University of the Sunshine Coast has drawn on the latest brain science to write two new books about meeting the different learning needs of boys and girls.

Associate Professor of Child Development and Learning, Michael Nagel, wants to give parents and teachers greater insights into the neurological differences between boys and girls.

“The differences in the structure of their brains are not so vast,” Dr Nagel said.

“But the differences that exist in terms of neurotransmitters in the brain, how particular structures function and other chemical attributes can have a direct impact on how boys and girls behave and act in the social environment and the educational environment.”

“These books will give parents and teachers some insights into what is it about boys – not all boys but a good proportion – that they have such a huge amount of energy and physicality.

“And why is it perhaps for girls that when puberty kicks in they like to jump into areas of relational aggression, or what I call ‘aggression in pink’?”

Dr Nagel said the central premise for Oh Boy was that if it had been known since the 19th century that boys trailed girls academically at school, why had it taken so long to address the issue.

“Maybe it’s not the boys per se. Maybe it’s the context and the expectation we have of them in a confined environment called a classroom,” he said.

Dr Nagel said recognising the differences in how boys and girls expressed aggression was important for learning outcomes, with boys more likely to express it physically, while girls tended to show more relational aggression.

“For girls it might be spreading rumours, or causing others to be isolated from their peers,” Dr Nagel said.

“There were a lot of girls doing very poorly at school and who identified that they had been bullied, but no-one had picked up on that because they would go to class and just be quiet.

“This isn’t about suggesting one gender is better than the other. There are some behaviours that happen for a reason. And understanding why they occur will only help those involved in educating children.”

Dr Nagel said there were strategies teachers could use to accommodate for gender differences in learning, citing an example of a teacher who had students do exercises for 5- 10 minutes at the start of classes to help the boys settle down and be ready to learn.

“She found if she did that, when they got into class, they weren’t as restless,” he said.