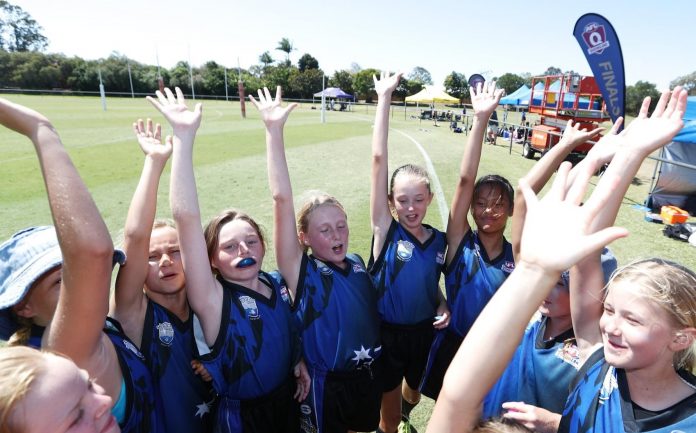 The next crop of prospective AFL and AFLW stars will be in action on the Sunshine Coast this weekend for the finals of the AFLQ Schools Cup.

Almost 50 games will be contested at Maroochydore Multi Sports Complex from Friday to Sunday.

The carnival brings the 10-month competition to an exciting end.

Sunshine Coast schools will be in the thick of the action.

Mooloolaba State School will attempt to defend their title in the primary girls division, while Stella Maris and St Thomas More will be involved in the primary boys division.

Introduced in 2016, the Cup is AFL Queensland’s premier school competition.

The statewide, inter-school competition for boys and girls runs across primary, junior (Years 7–9) and senior (Years 10–12).

A junior male inclusion fixture between Nambour Special School and Currimundi Special School will also be played on Friday, before Saturday plays host to an exhibition game of senior inclusion football which will showcase the best players in Southeast Queensland.

“We’ve hosted AFLQ Schools Cup games from Byron Bay to Cairns since March, including the recent North Queensland Championships in Townsville and now it all comes down to this weekend,” he said.

“I’d like to thank the Sunshine Coast Council for their support in sponsoring the Maroochydore State Finals as well as give a huge shout out to our principal partner of the 2021 AFLQ Schools Cup; StreetSmarts.

“The 2021 competition has been its biggest year yet and I congratulate every participant and competing school for taking part.

“Good luck to all of our remaining schools this weekend and may the best teams win!”

The competition has a proud history of nurturing and developing some of the state’s best talent including Brisbane Lions AFLW premiership player Belle Dawes, from the Sunshine Coast.

Others to come out of the Cup are Gold Coast Suns’ Maddison and Tegan Levi, Serene Watson, Connor Budarick, and Alex Davies.