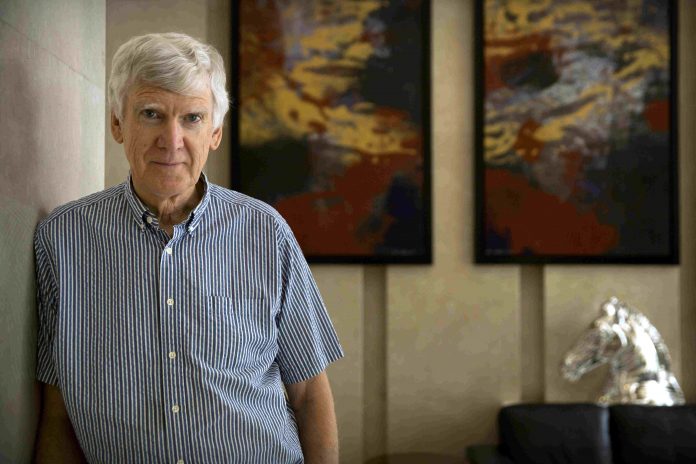 The most produced playwright in Australian history has turned the focus on himself and written a memoir, Home Truths, the story of his life in the public and private spheres.

Noosa’s David Williamson, who has created plays for the past 50 years, is set to talk about his memoir and experiences at a special event at Maleny on October 21.

He will be In Conversation with Steven Lang, as part of the Outspoken series.

David’s memoir reveals how a childhood defined by marital discord sparked a lifelong fascination for drama, to explore emotional conflict.

He also reveals how anxiety plagued him as he crafted his plays, notwithstanding the joy of connecting with an audience.

David writes, too, about the great love story that has defined his life.

Fearless, candid and witty, he discusses the plethora of odd, interesting, caustic and brilliant people – actors, directors, writers, theatre critics, politicians – who have intersected with his life and work.

They include the young Jacki Weaver and Chris Haywood in the first Sydney production of The Removalists in 1971, Nicole Kidman on the brink of stardom in the 1988 feature film, Emerald City, the lively dinners with Paul Keating, overseas travels with Gareth Evans and interactions with Peter Carey and Tim Winton.

The upcoming In Conversations evening will commence with a conversation with Anthony Mullins, discussing his new book, Beyond The Hero’s Journey.