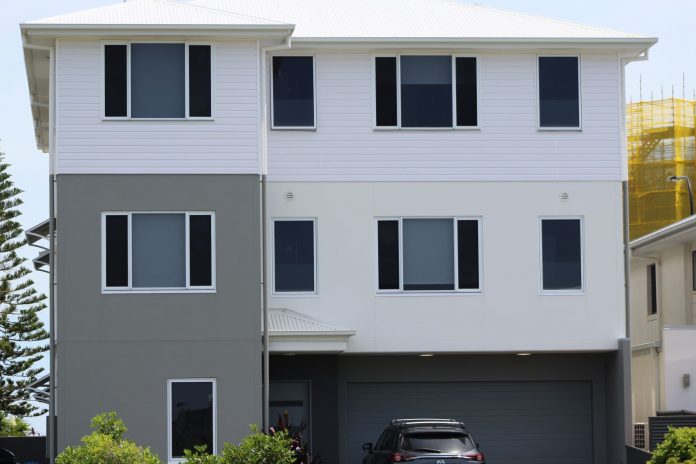 A waterfront mansion owner who illegally used the monstrous home as an “accommodation building” has lost an appeal in the Supreme Court and faces a hefty legal bill.

In January this year, Sunshine Coast News revealed the owner of a 17-bedroom, 17-bathroom property at 9 Fortitude Pace, Birtinya, had been slapped with a range of enforcement orders.

These included removal of extra kitchens and separate water and power metering installed in each bedroom, as well as replacement of internal doors fitted with keyed locks.

The court action against owner Michael Gavin was launched by Sunshine Coast Council after neighbours complained about the number of people coming and going from what was described as a ‘secret hostel’.

He restrained him from using the residence for anything other than a “dwelling house’’.

As well as barring the owner from “letting or advertising for lease individual rooms, apartments or levels”, he ordered a number of rectifications.

Judge Cash ordered that within 30 days the respondents must pay Sunshine Coast Council’s investigation costs of $21,666.51 and costs of the court proceedings “on the standard basis’’. While this amount was not detailed, it is understood such proceedings can cost as much as $10,000 a day.

On January 14, the respondents filed a notice of their intention to appeal Judge Cash’s decision.

They also sought a stay of any orders requiring changes to the building until finalisation of proceedings in the Court of Appeal.

On February 12, Judge Cash agreed to allow Mr Gavin 45 days instead of the original timetable of 30 to complete the work, citing the current difficulty in securing qualified tradespeople.

However, he ruled against putting rectifications on hold.

The Court of Appeal heard that the central contentions advanced to challenge the original orders were that they were beyond the power of the P&E Court.

In their ruling handed down on October 8, Justices Hugh Fraser, Philip Morrison and David North found this was not the case.

They ordered Mr Gavin to pay the respondent’s costs.