IN PHOTOS: caped crusaders among those to fly at Sunshine Coast Marathon Festival 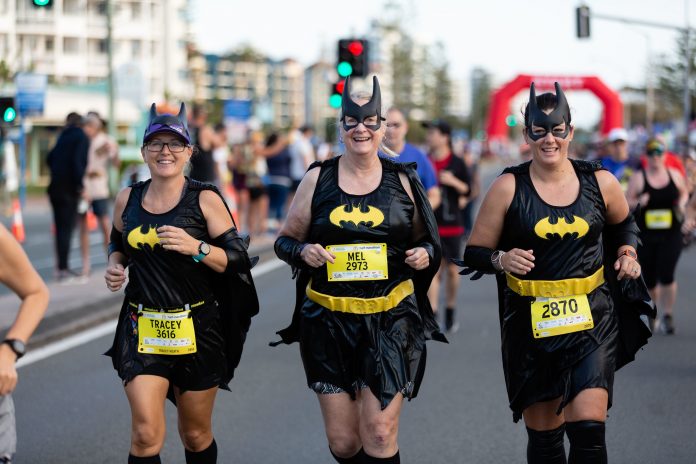 Superheroes hit their stride on Sunday, when they ran alongside 6500 others at Alexandra Headland.

Batgirls Tracey Heath, Melissa Taylor and Wendy Miller were among the energetic runners at the annual Sunshine Coast Marathon festival.

The festival, based at Alex Surf Club, included a marathon, half marathon, 10km, 5km and 2km.

Sally Battin, of organisers Atlas Events, said it was a welcome return of the event, which started in 2013, but was cancelled last year due to COVID-19.

“It was a great day with record numbers.”

“There was an awesome atmosphere and feedback from both participants and spectators has been positive.”