Power and progress: when the hinterland ruled

Power and progress: when the hinterland ruled

Power and progress: the local government moves that shaped the future of the Sunshine Coast 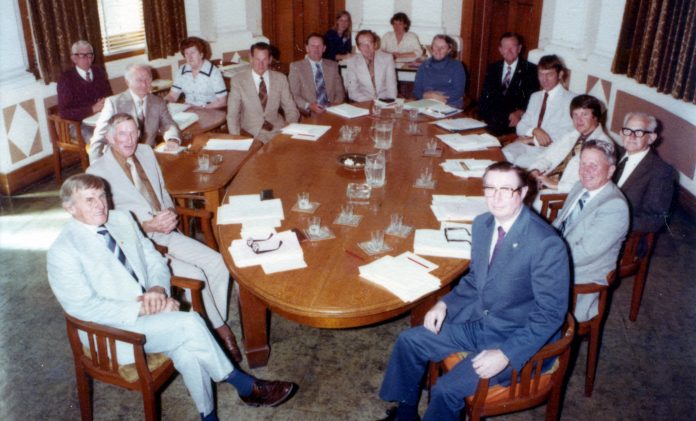 The roots of what we now know as the Sunshine Coast Regional Council lie in the record books under the date of November 11, 1879.

This acknowledged that it was no longer a collection of haphazard settlements, but a region in its own right.

With timber and farming at the heart of the economy, government grew up in centres on the main road to the capital.

At the foot of the Blackall Range where rich timber resources made it worthwhile for pioneers to settle, and on the main route between the capital and Gympie gold, Landsborough and Nambour were the logical centres for commerce.

It was a time when progress was creeping from the south to the north, rather than west to east as occurred a century later, so they began under the local government umbrella of the Caboolture Divisional Board.

Maroochy Shire was first to break away.

On July 5, 1890, the Maroochy Divisional Board was proclaimed with its headquarters in Nambour, between Mapleton and Montville and the collection of fishing cottages known as Maroochydore.

The first elections were held two months later on September 13, and three councillors were elected, one for each subdivision.

Buderim and Kenilworth were not originally included within the boundaries and the first council chambers were erected on Blackall Tce in Nambour.

They were later relocated to Currie Street, above the Nambour Civic Hall and facing Station Square adjacent to the railway line where Centenary Square replaced it in 1990.

By 1978, the impressive façade of the old hall was hiding cramped quarters and staff were being billeted out premises rented around the town: “Five people shared an office fit for two and one of those was the shire clerk.”

The space was hopelessly inadequate to deal with a growing shire and in October, the new building was opened further south at Bury St.

It remains the administrative headquarters of the Sunshine Coast Regional Council – for now.

Meanwhile, Landsborough, between Maleny and Caloundra, became the administrative centre of the Landsborough Shire – named for the explorer – when it too broke away from the Caboolture Divisional Board in 1912.

The council met in Dyer’s Hall in the town until a basic shire office was built in 1913.  War broke out a year later, and attention turned to the battlefields of Europe.

Finally a new shire chambers, along with a school of arts, opened in Landsborough in 1924.

By the 1960s, the population had shifted to the coast and more than 75 per cent of the shire’s 7000 people were living in Caloundra so, in 1968, the old shire offices were abandoned in favour of a new building in Bulcock St.

The next big change came in 1987, when the Landsborough Shire became Caloundra City.

It was a move supported by Jack Beausang who had been a councillor for 33 years, 24 of them as shire chairman. His only regret was that the area would lose the name of the great explorer, but he welcomed city status, believing it would block any moves to split his shire between coast and hinterland.

In the north, Noosa Shire was formed in 1910, breaking away from Widgee (now Cooloola) to the north and taking a strip from Maroochy’s northern border to the south.

Pomona was the local government headquarters, although Cooroy had been the main connection centre with the coast and most councillors lived in the southern part of the shire. The population was about 2000. 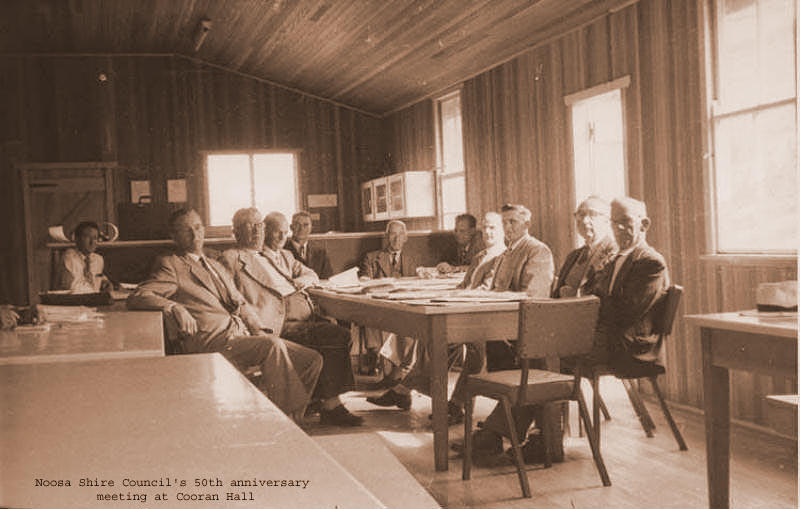 The Noosa Shire Council headquarters remained in Pomona for the next 70 years before being moved to the current location on the river in Pelican St at Tewantin in 1980.

Noosa went its own way by popular vote in 2013, and was de-amalgamated from January 2014, returning to Noosa Shire Council.