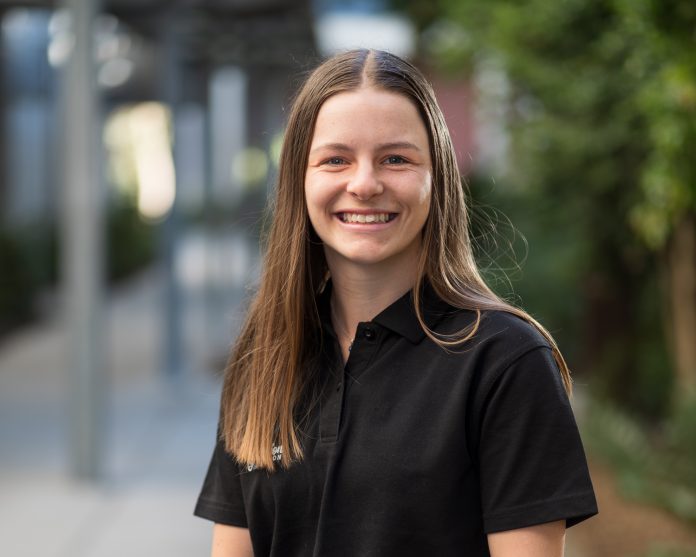 Warm, daily showers, hot meals and a comfy, safe place to sleep are the basics for most, but these are luxuries that are hard to come by, even on the Sunshine Coast.

If USC entrepreneurship student Shelene Bailey (pictured) has her way, there will soon be fewer locals doing it tough.

The 22-year-old is bringing her vision to provide sustainable, tiny, plastic homes to life with the guidance from the Generation Innovation project.

The program connects young, talented entrepreneurs with the resources and knowledge to make their ideas a reality. She has named her business venture Purpose Plastic Homes.

“I began with trying to reduce household waste and trying to form a business idea out of that,” she says.

But her direction soon changed when she stumbled upon statistics on the growing rates of homelessness on the Sunshine Coast.

“When I found out about the homelessness crisis, it was kind of embarrassing because I had no idea that it even existed,” she said.

“I didn’t know that it was a problem that people faced here on the Coast.

“A recent study came out that said one in five Australians have experienced homelessness.

“I want to be able to use the skills that I’ve learnt throughout university and life to be able to help those that don’t have the same privilege that I do.”

Her passion bubbled up as she revealed her plans to forge a possible solution to the twin problems of unsustainable living and rising rates of homelessness.

“The main thing I’ve been focusing on is having the environmentally sustainable aspect and the social impact as well,” she said.

The tiny homes would be made from all recycled plastic materials and will feature a bed, a toilet, and a door with a lock.

This would create a sense of security for the people using the temporary homes. The homes would also be made up on a trailer so they can be easily transportable.

Shelene is working with building designers, architects, engineers, and manufacturers to configure a design layout that meets all her requirements. That has had its challenges.

“(I’m) trying to get the design nailed at the moment, the right materials to be as cost-effective and sustainable as possible,” she said.

“Once that’s finalised then we can know exactly how much it costs and once we do that then we can start looking at the funding and being able to produce the first one.”

So far, Shelene said a rough cost will be $5000 per home and her goal is to raise enough money to create the first prototype to trial. She has consulted with neighbourhood and community centres along the process.

Get more Sunshine Coast News direct to your inbox by subscribing to our free daily news bulletin. All it requires is your name and email. See SUBSCRIBE at the top of this article.

Shelene’s main motivation for persisting with her business venture are the people she has met so far who are without a home.

“They have impacted me quite a lot,” she said.

“The first man I met, he was so kind and so smiley and so warm. Certain things have happened to them that may have been out of their control – meeting them has made it real, it’s not just a number anymore.

“I feel such a responsibility to them that I can’t just give up when it gets hard and be like ‘oh you know – it was just an idea’. This is real, it is affecting them, and I can do something about it.”

Shelene has set up a GoFundMe page to raise money for the costs of building the first prototype.