Jane Stephens: how we give serious issues a rosy glow and it's leaving us more than a little dusty 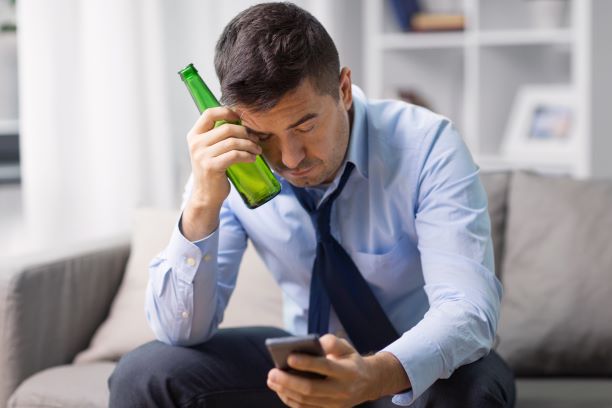 US comedian Chelsea Handler once wrote: “I don’t like the word ‘alcoholic’. I like to think of myself as an advanced drinker.”

Euphemisms are so handy. They are those softer, round-about ways of speaking that UK Prime Minister Winston Churchill called “terminological inexactitudes”. He clearly had a sense of humour.

The key to a good euphemism is one that it comes with a bit of a nod and a wink. The trick is to avoid insulting or upsetting with the garishness of a direct observation.

For example there are many euphemisms, with varying degrees of sophistication, for drinking. A person who has been on the sauce can be pot-valiant, have a rosy glow, or be tired and emotional. A few more drinks in and they are three sheets to the wind or elevated by the juice of the grape.

The day after the night before they are often a little dusty, suffering from flu-like symptoms or – at the extreme end – busy hugging their porcelain friend. Drinks themselves are also a feast for a euphemism lover: for example, in England in the 18th century, gin was variously called tittery, tiger’s milk and sweet stuff. 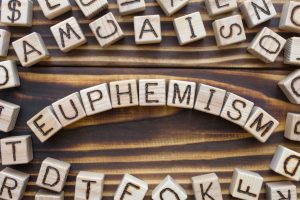 Venereal diseases were euphemistically named after the Roman goddess of love, and in times gone by syphilis was called cupid’s measles. How is that for deodorising an unpleasant condition?

Fat people are said to be built for comfort, not speed. Unemployed people are on gardening leave or working for the government. Being broke is to have a negative cash flow.

Urination can be having a tinkle, visiting the smallest room in the house or, to use a camping/outhouse reference, communing with nature.

Death is a favourite for getting a dousing of sweet-smelling cologne. Passing away, being laid to rest, looking down from above are all terms designed to make people feel better when talking about no longer living.

The primary function of a euphemism is to camouflage, a word that comes from a French word meaning smoke blown into someone’s eyes. In other words you can see what is meant, but not too sharply.

Among some of my friends, euphemism’s disagreeable cousin dysphemism is more likely to pepper the conversation. And these can be far preferable.

Where euphemism massages and softens our sensibilities, dysphemism gives them a hard poke square in the eyes.

Examples of dysphemism include calling a fat person a butterball, an unintelligent one as sharp as a marble or an academic high achiever a dweeb.

Death is popping one’s clogs, kicking the bucket or kissing the ground. Freedom fighters are terrorists. Cigarettes are cancer sticks.

We need more such plain speaking, particularly from politicians. It would be far more honest.

Climate change should be called a climate emergency, and the phrase “living with COVID” should be more plainly spelt out as letting the virus rip, the unvaccinated be damned.

The trick with euphemisms and dysphemisms is to know when to use which. The price can be high.

Calling your loved one a ball and chain or the fun police as opposed to your better half will determine whether you find yourself in the dog house or Heaven.

Navigating it all could be enough to give you an attack of the weepies.