'Keep moving': oldest resident's sage advice lives on after her death at 108 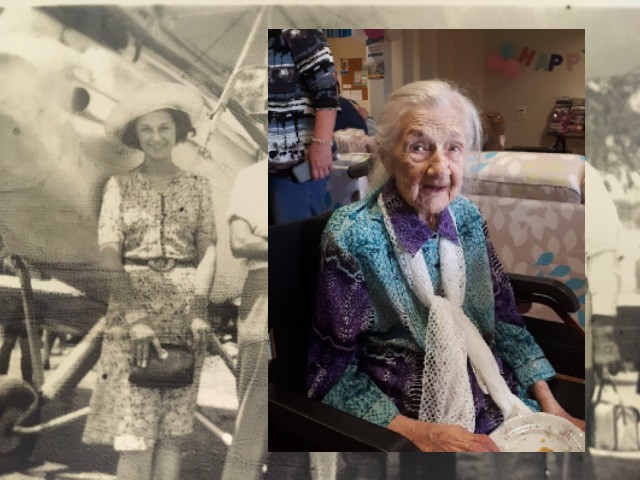 Dorothy Fryer, who laid claim to the title of the Sunshine Coast’s oldest resident, has passed away peacefully at her Currimundi aged care facility.

Her friend Sally Nixon said Dorothy had marked her 108th birthday on August 10, but died in her sleep almost a month later on September 5.

“This last broken hip was just too much for her in the end,” Sally said.

Born in 1913 in Snowtown, South Australia, the good cook, keen traveller and former hairdresser led a varied life as a young woman, wife and widow and certainly left her mark on the aged care facility.

Caroline Chisholm Aged Care Facility activities officer Lorraine Hooper said the centenarian had been “an amazing lady who still had all her faculties” at 108.

“She was still capable of doing so much and really enjoyed a good conversation with everyone,” Lorraine said.

“She was a remarkable lady who liked to do things for herself. She never gave up.”

Lorraine said staff would remember Dorothy as “an energetic, independent  lady, who never believed in taking any medication and  her motto was to keep moving and always  “keep on your feet”.

Dorothy had lived in her own unit at Wurtulla until the age of 98 and moved to the Currimundi facility only after the first of two broken hips — the result of tripping after putting out recycling.

And after 11 decades on this Earth, she still considered a flushing toilet the best innovation she had seen in her lifetime. 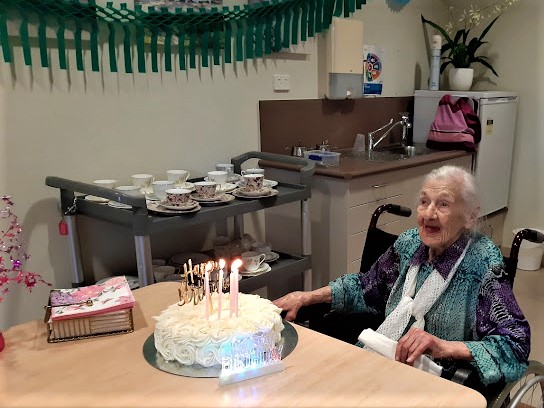 Lorraine said the Caroline Chisholm staff and residents had had “a wonderful day” helping Dorothy mark her milestone birthday.

“She was so excited and could hardly wait for her birthday celebrations to commence,” Lorraine said.

“On the morning of her birthday, (Dorothy) rose early, had a shower and asked for a mirror before making herself beautiful, brushing her hair for at least half an hour and taking special care with her appearance.

“Dorothy had worn herself out by the time she had finished getting herself ready for the birthday party and needed a small nap before going to the main lounge.

“Her face lit up with excitement as she saw her friends gathered to celebrate her 108th birthday.”

Lorraine said Dorothy had received several presents including nightwear and her favourite chocolate Freddo Frogs. A special gift was a hand-painted birthday card that she received from one of her dearest friends.

“We all sang Happy Birthday and enjoyed the chocolate mud cake that she had requested,” Lorraine said.

“She also enjoyed the flashing candle and was mesmerised by it.”