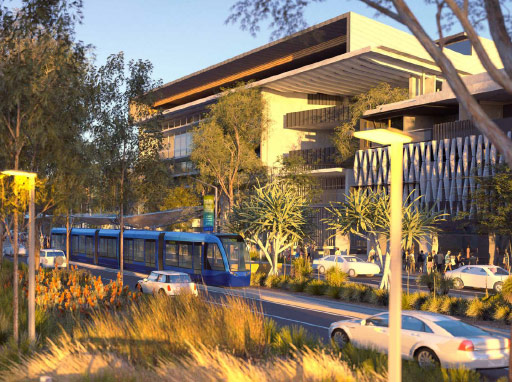 A “mystery” council meeting that residents feared was designed to push through the proposed Sunshine Coast Mass Transit project has been called off without public explanation.

As Sunshine Coast News reported last week, Division 4 Councillor Joe Natoli revealed councillors were told to clear their diaries for the “special meeting” to be held on Wednesday, September 22.

However, Cr Natoli has confirmed that meeting had since been pulled from the schedule after the story went public, and had been replaced with a workshop.

The move has intensified speculation about the Sunshine Coast Council’s agenda regarding the mass transit project and has heightened concern over transparency.

Residents are demanding the council communicate openly about the controversial project, saying the lack of information is fuelling rumour and supposition.

The community has been calling for a timeframe for when the council intends to release the results of public consultation undertaken during May and June when members of the public had their say on the five options proposed — bus rapid transit, high-quality bus corridor, trackless trams, light rail with wires, and wireless light rail.

Action groups also want to know how the public’s submissions will be incorporated in the final Options Analysis document that will be given to the State Government, and whether the feedback will reshape the council’s recommendations.

However, the council has failed to answer questions such as when the material might be released and how many submissions were received — instead offering generic responses.

A council media spokesperson said in a statement there was “no special meeting of council taking place on 22 September 2021”.

“Councillors are currently reviewing a draft of the proposed Options Analysis,” the statement said.

“The document, including the summary report of the engagement process, will be released for community information well in advance of any meeting at which it is planned to be considered.

“As soon as the meeting date is determined, the notice of the Special Meeting will be issued by the chief executive officer as is required under the Local Government Regulation 2012.

“The details of the meeting will be published on council’s website.”

Ms Hobson said residents did not know what to think about some of council’s statements, such as the denial that a meeting on mass transit had been scheduled.

“Was there ever a meeting for (Wednesday)? Well, several councillors confirmed they had  cleared a space in their diaries for it but according to (a council officer), she says there wasn’t a meeting and there wasn’t one planned,” Ms Hobson said.

“I can only take them on their word but we want to ensure there is transparency in the mass transit process.

“Will it be a mark-up version or a new report? How will the submissions be dealt with? Will they update the report or will it be a revision to the Options Analysis?”

Ms Hobson said OSCAR members would attend an introductory meeting with council CEO Emma Thompson this Thursday. The meeting initially had been scheduled for March but was postponed twice because of COVID.

She said they would use the opportunity to seek greater transparency from the council around both the Sunshine Coast Mass Transit project proposal and the revision of the planning scheme and would be seeking the release of public submissions on both.

Tracey Goodwin-McDonald, from the Mass Transit Action Group (MTAG), said council’s wall of silence was causing the community to search for answers.

“There’s all this rumour and supposition because there’s nothing coming out other than denial,” Ms Goodwin-McDonald said.

“Give us the timeframes. We’re at a loss as to why they’re not releasing anything.”