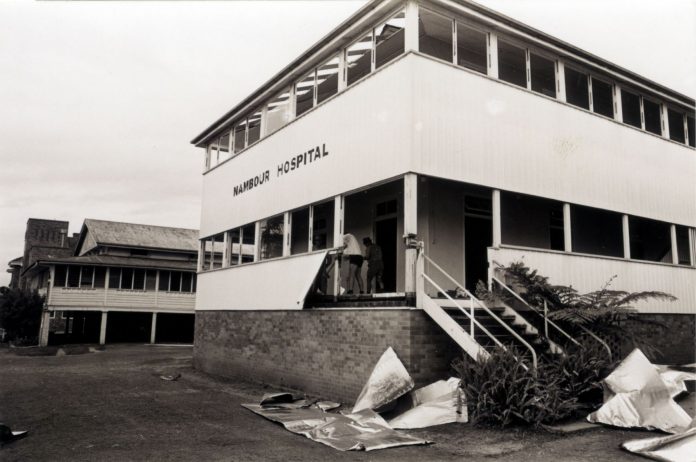 The opening of the new Sunshine Coast University Hospital at Birtinya in 2017, closed the chapter of history when Maroochy District Hospital in Nambour ruled.

From a mammoth fundraising effort that brought communities together a century ago, the region’s first major hospital on top of a hill overlooking Nambour, continued to grow and change, morphing from a humble collection of wooden buildings into a major health facility – and making memories for countless families along the way.

It all began around the turn of the century, but was stepped up after World War I when the flu epidemic followed by an outbreak of diphtheria led to a series of public meetings.

Hospitals had been established in some districts for returned soldiers, but concerned residents were keen to see a major hospital in Nambour to serve the North Coast region.

At the time, public hospitals were run as voluntary community hospitals with subscriptions and donations by local communities.

That changed with the 1923 Hospitals Act to establish district hospitals. The state government would contribute 60 per cent of the funding but the rest had to come from local authorities – ratepayers.

A committee of local business leaders set about raising funds to push it along, beginning with the installation of collection boxes in offices, shops, schools, halls and railway stations. 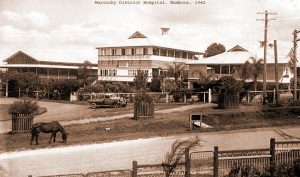 The Hibernian Lodge and Manchester Unity Independent Order of Oddfellows adopted the campaign and organised a series of annual hospital carnivals, with the first Maytime Hospital carnival held in 1923.

Each area within Maroochy Shire was allocated a fundraising goal. Diddillibah and Kidaman Creek hit the target first but more was needed so the committee canvassed door to door.

Construction began in 1925 and proceeded slowly for the rest of the decade but at last it opened on November 15, 1930.

Expansion and upgrading has never stopped, despite early fears that it would have to close for lack of funding.

In 1934, The Chronicle reported the state government had allocated £1300 for construction of a private ward. The Board was “falling in line with the modern vogue in hospital work by which the paying departments were assisting to make up for the non-paying departments”, a bonus for ratepayers.

In 1941-42, a two-storey brick Nurses’ Quarters (pictured below) was built and, as a particularly fine example of functionalist architecture, was the town’s pride and joy. The brick maternity wing behind its curved brick wall on the western side of the main hospital opened in March 1961 with 34 beds. 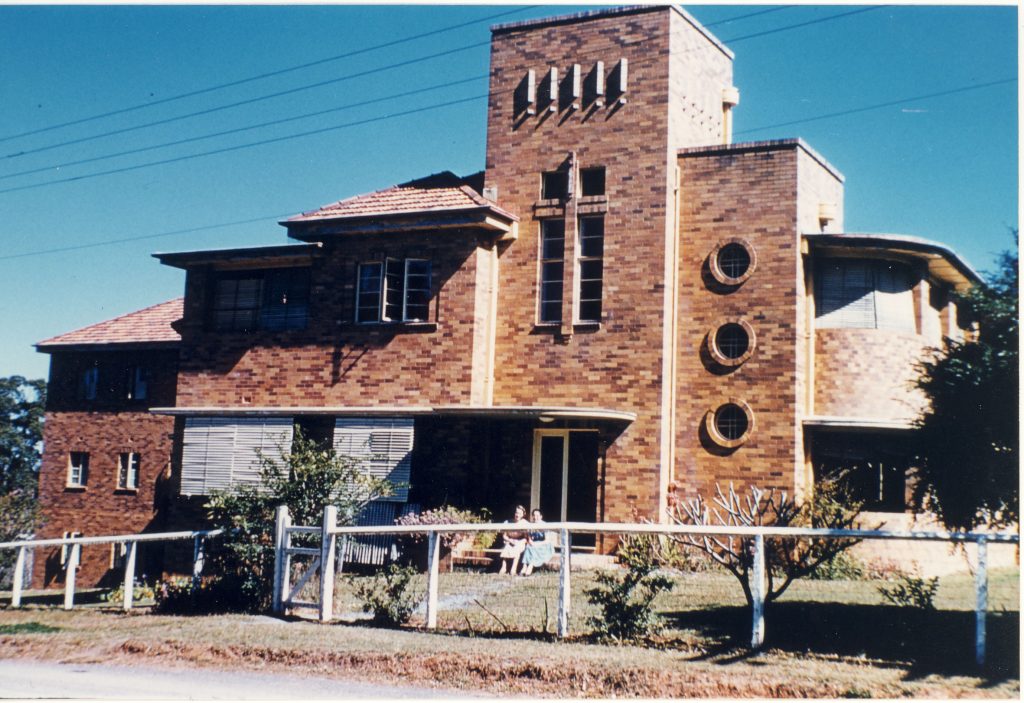 And then there were the people. There would be few children who grew up in the district who don’t remember the name Sister Lawlor with a degree of fear and reverence.

Maree Lawlor ruled the wards in the days when Nambour General Hospital had no wardsmen on night duty and she would help carry the ambulance stretchers into casualty.

She was tall, efficient and organised, with an imposing voice that she didn’t hesitate to use.

As a child whose tonsils had been recently removed by Dr Moffat in the early 1960s, I remember Sr Lawlor pacing the enclosed verandah of the old wooden children’s ward keeping all her young charges in line without having to say anything at all.

Then, when the new hospital was opened in 1975, she and two others carried a big traction bed literally down the street and around to a larger door to fit it in. When the next extension opened, Maree and the orthopaedic ward charge nurse drew up a plan for the move and the job was done in just two hours.

For many whose birth certificate and that of their parents and even grandparents, state “Nambour” as place of birth, the opening of SCUH marked the end of an era.